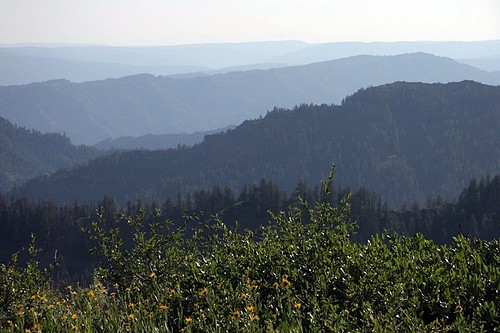 Vista from Ridge near Misery Springs

Road 40 climbed steadily up heading south towards the Oregon border. It was wide and rather smooth for a dirt road. The traffic was light and everyone was heading home for Sunday evening. There are three campgrounds along the way; Alder Springs, Teal Springs and Misery Springs. We were planning on staying at Misery but checked out Alder and Teal along the way. The forest was still quite blackened around Teal Springs from the forest fires in 2005 and 2006. These fires (School and Columbia Complex) burned over 28,000 – 50,000 acres of forest. It was slowly growing back.

We reached a major junction and continued on. We realized quickly that we were heading back down and probably missed the campground. There were no signs. Our forest service map wasn’t much help either since about 4 roads joined together. We backtracked and looked around and decided it was probably west. It turned out it was the right way and we saw a sign pointing to the left to road 4030020 – the sign was almost hidden by the plant growth. The camp was just a half mile down the road. It was not large – 5 sites and the road looped in a circle. There was one other camper but we found a nice site just on the other side of the outhouse.

We pulled out the tent and started setting up the camp. We had just finished when the other camper dropped by. We chatted a bit about the area, where we were from etc. before he left. We went exploring. Misery Spring is located on Ray Ridge which opens up to vistas across the Blues, into Wenaha-Tucannon wilderness and on to Oregon. Just across the road and up a small hill, the forest opened to a flower covered slope where you could see for miles. We did a bit of botanizing before returning to camp for our pasta dinner.

It was still light and we went exploring a bit more. The area around Misery had been used as sheep grazing area since 1875. Much of the wool in the late 1800’s was used by the Pendleton Wool Mills to manufacture blankets. Just up the road was the site of the Misery Sheep Corral. It was covered in red paintbrush, blue penstemon and white yarrow. The sun was setting making the flowers glow in the gloaming twilight.

We headed back and started the campfire. We had found a stack of dry wood left at another campsite and it was quickly lit. The moon was bright and I headed off to bed to the hooting of the owls. 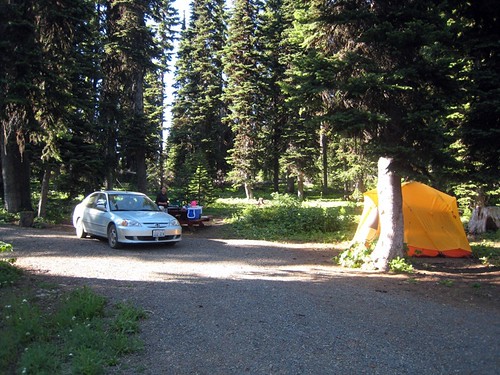 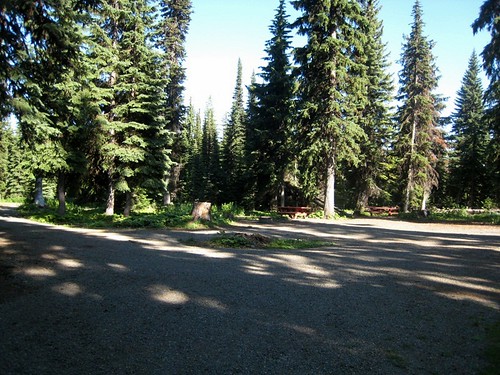 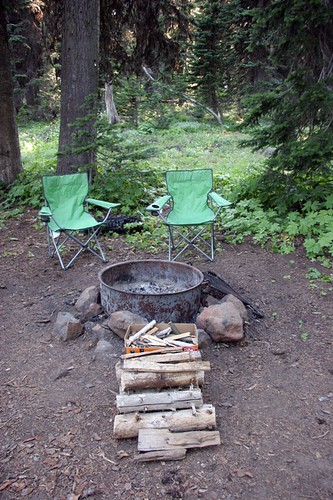 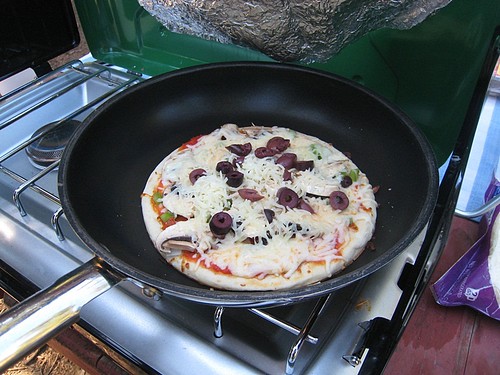 Skillet Pizza we had the second night 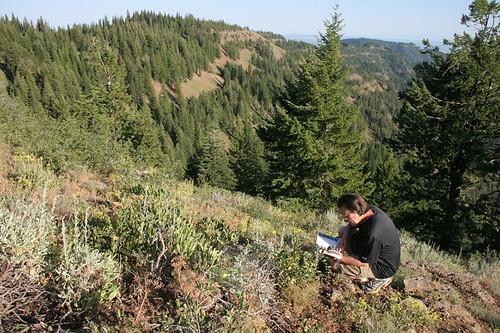 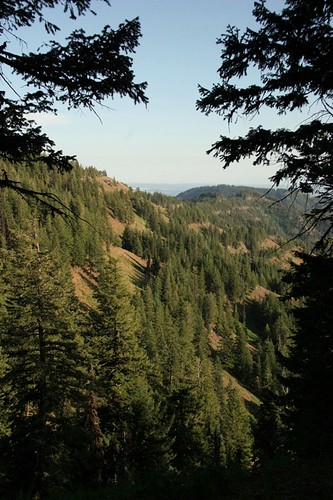 Another Vista into Oregon 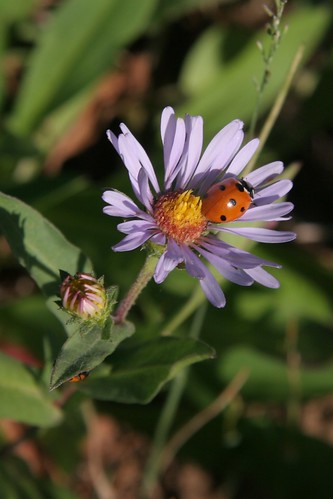 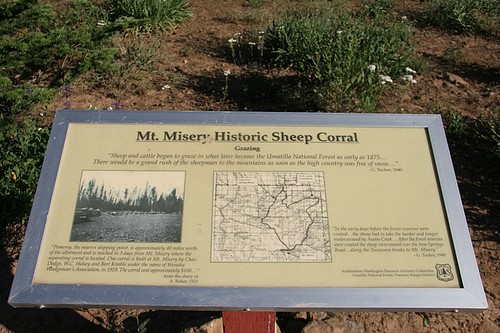 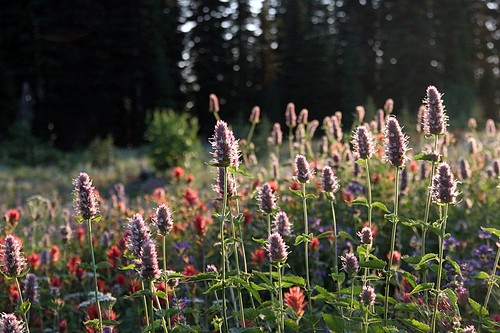 Wildflower field where the Mt Misery Sheep Corral was located 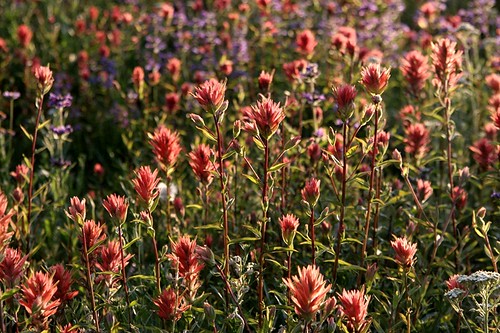 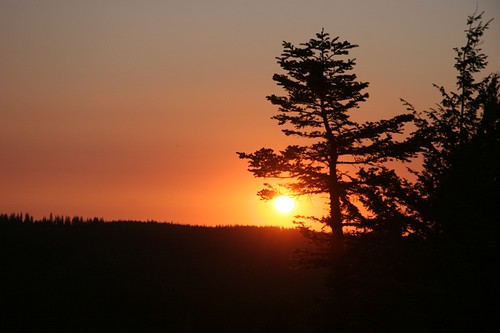 Sunset in the Blue Mountains