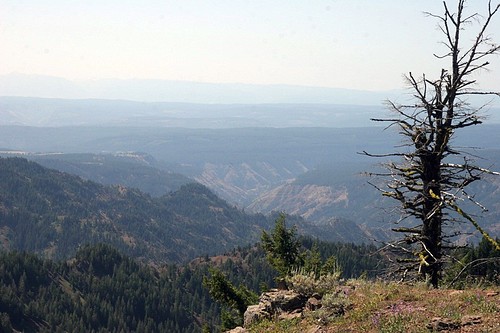 No sound – nothing but the bright sunshine in the morning. We were up and about shortly after 7am. Time for coffee. Starbucks Via is the best thing that has happened to camping. A couple of cups and a quick bowl of Rice Chex and we were ready to hit the trail.

I got a copy of Washington Best Wildflower Hikes at the library. It had two hikes near Mt. Misery Camp – one to Jelly Springs and another along the ridge trail that goes from Mt Misery to Oregon Butte. We decided to do the ridge trail – Mt. Misery #3113 towards Squaw Springs.

We returned to Road #4030 and headed west. The road provided vistas to the north and south as it wound through the forest. We came to a trail head and another car was parked. We thought it was the trail head until we looked at the book again. It was for Mt. Misery but we were looking for a later trail head near Mt. Diamond. We continued on as the road became rougher. It crossed my mind several times that we had not left word with anyone where we were going and there was no cell phone reception. If anything happened, no one really knew we were here and we doubted if we would see anyone for a day or so.

We reached a T-Junction with an overlook and went right towards the west. The trail wound through the forest lined with typical shrubs including a very cool white monkshood. It continued to climb and emerged onto a rocky slope dotted with stone crop, yarrow, delphinium and penstemon. We reached a faint junction with Jelly Springs trail. Nothing marked and we would not of realized it was a junction except knowing about it from the trail guidebook.

The trail continued along the rocky meadow dotted with yellow buckwheat, blue penstemon and purple aster. Ladybugs were everywhere. We reached an open ridge with a beautiful vista to the south. We were hoping to see some pink clarkia but we were too late in the season

After meandering about 2 hours, it was getting hot and we decided to call it a day. We returned back to the car and headed back to the camp. But we had to stop at a couple of the wet springs along the side of the road to checkout the flowers that were growing along the mossy damp slopes. More monkshood, monkey flower and lots of yarrow and blue delphinium. The opposite drier side of the road was lined with red paintbrush.

The camp was deserted when we returned. I did a couple of walks and relaxed the rest of the day. Dinner was skillet pizza and a glass of BotaBox Pinot Grigio. The perfect NW outdoors life. 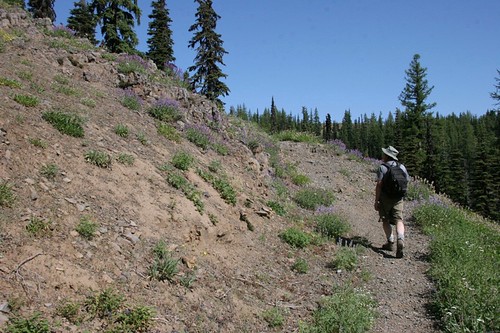 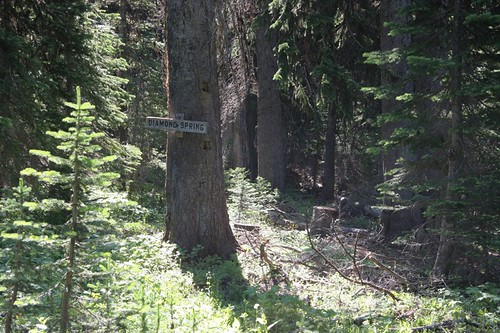 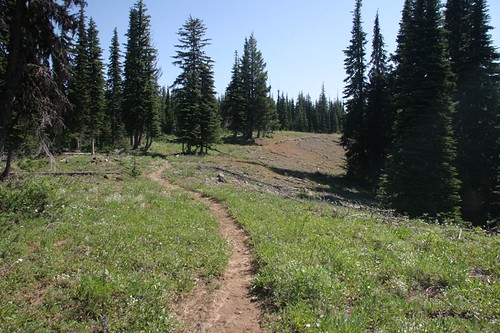 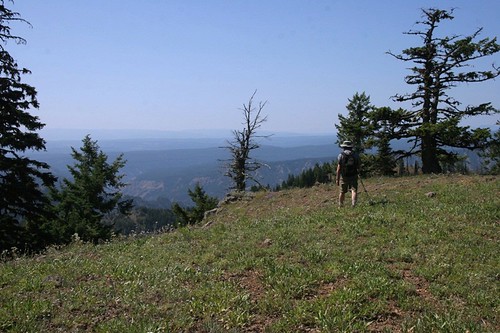 Out to the ridge edge and vista 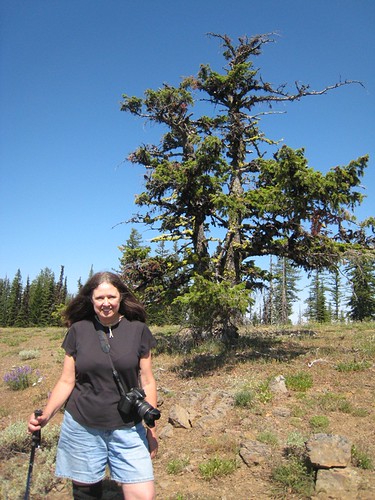 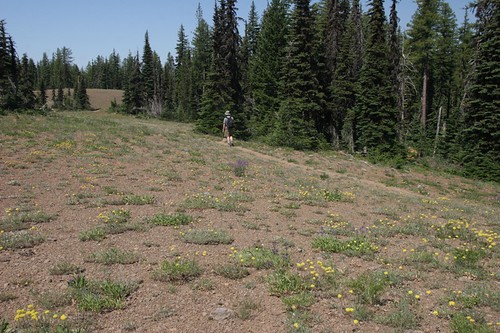 Meandering through the rocky gardens 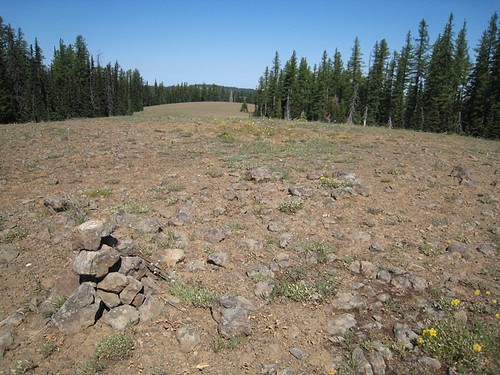 Amazing what grows among the rocks

Later along Road #4030 some amazing seeps with interesting wildflowers 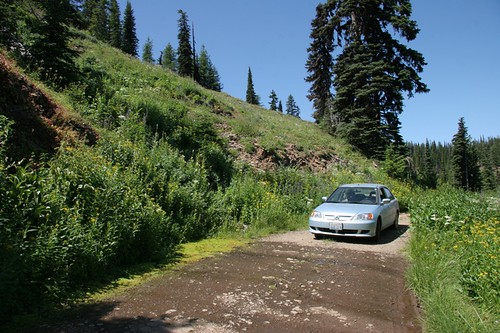 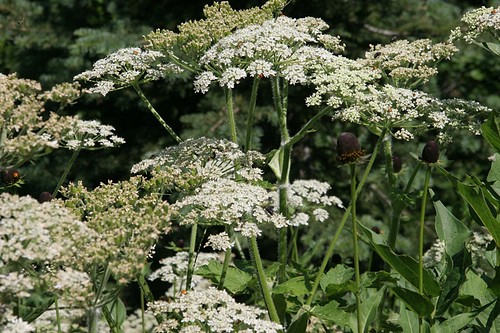 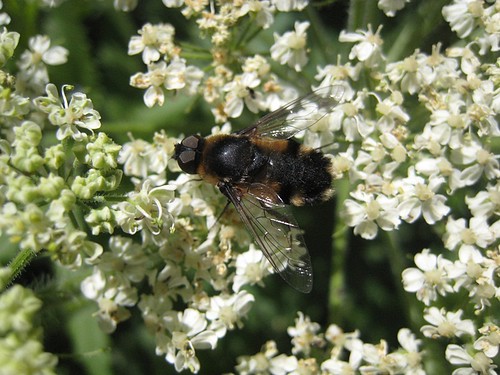 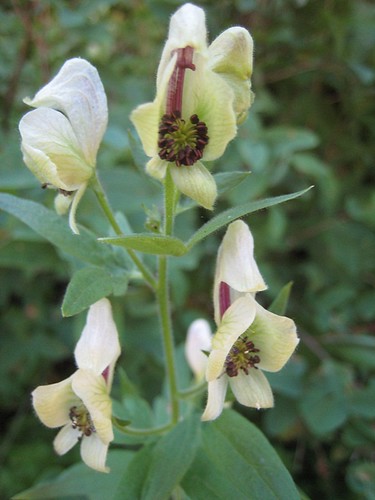 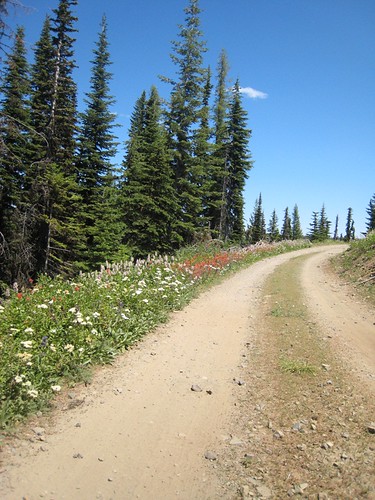