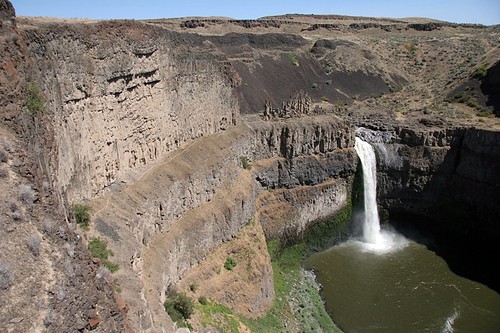 G is very good at organizing. He got the camping gear all staged and ready to go so it was easy to load most of it up when he got home on Saturday. Sunday morning we were up early to take care of the last minute packing of food. The menu was pretty simple;

Lunch on the drive – sandwiches, barley greenbean salad and chips
Dinner – Pasta one night (prepared ahead of time) and skillet Pizza
Breakfast – Rice Chez and Starbucks Via coffee

Along with the meals, a good selection of drinks; Coke, a couple of 6-packs of Anderson Brewing IPA and Red Ale, a couple of Bota Box Pinot Grigio and a sampler of Scotch Whiskey. We decided to forego our normal bottled beer and wine for space and because they’ve broken in the ice chest on the rough dirt roads.

Our little Honda was packed with some room to spare and we hit the road just after 9am. It was overcast but we knew it was just a marine layer of clouds and it would burn off once we were over the pass. We made the pass by 10am and dropped into the Eastern Washington sunshine. We reached Ellensburg in 2 hours and soon crossed the Columbia. Now we were headed to the rich farm land of the Columbia Basin. We passed fields and fields of potatoes and were surprised to see a bright field of sunflowers.

Three hours from home we reached Othello and we were over half way across the state. The potatoes disappeared and we were starting into wheat country – high dry plateaus amoung the scab lands. It was hot and flat and not much to see along the two lanes. We turned off at Washtucna and headed toward Palouse Falls. The road was much slower; curving through the coulees covered in wheat. It was also hot. There’s little out here other than the occasional farm and grain elevator. Nothing to indicate a river let alone a waterfall. You expect to see a large mountain or something to indicate it but Palouse Falls is actually located in a coulee carved out during Missoula Floods which created the canyon where it now flows through the scablands.

We pulled into the state park right about 4 hours from home. We were ready for our lunch. The sun was pretty relentless but fortunately there was a cool shady grass area with benches. We setup lunch and while watching the vistors at the overlook.

After lunch we walked along the overlooks and took some pictures. Lots of grasshopers and butterfly amoung the dry grass overlooking the falls. It was time to go since we still had a couple more hours to drive. It was just a few more miles and we crossed the mighty Snake River and entered Lewis and Clark country. We passed the small town of Starbucks and turned east to Pomeroy.

Pomeroy is small town with a very cool county seat building built in the late 1800’s. We found the turn off for the forest and headed south. The signs directed us towards the town of Peola and we were climbing rapidly in elevation. Wheat fields were stretched out to the pine foothills. It was another 20 miles before we arrived at our destination – Misery Springs Campground. 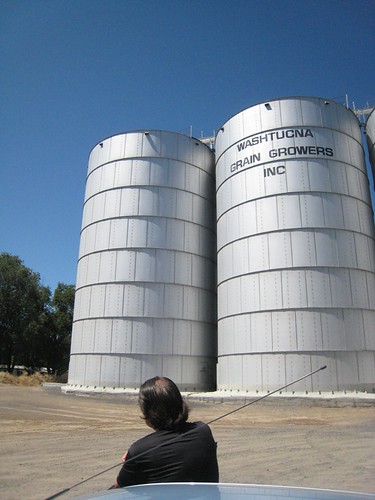 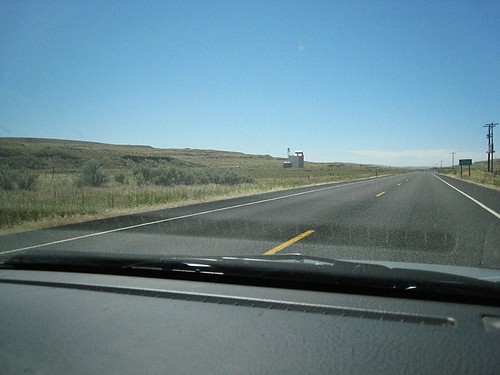 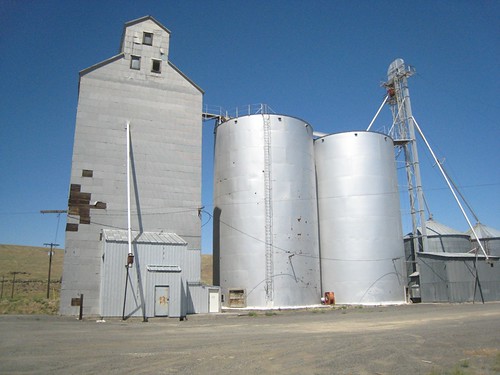 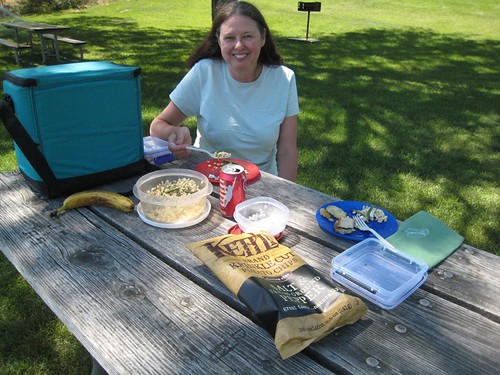 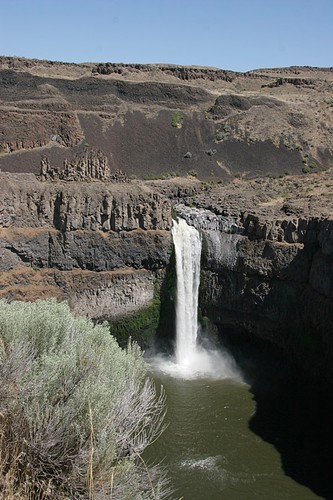 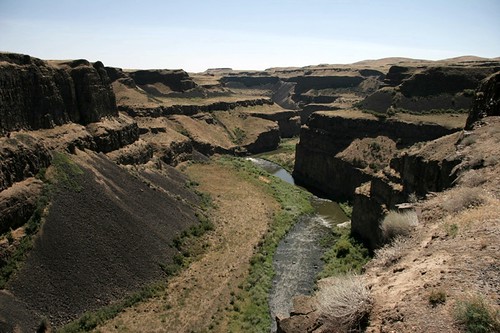 Palouse River winding through a coulee 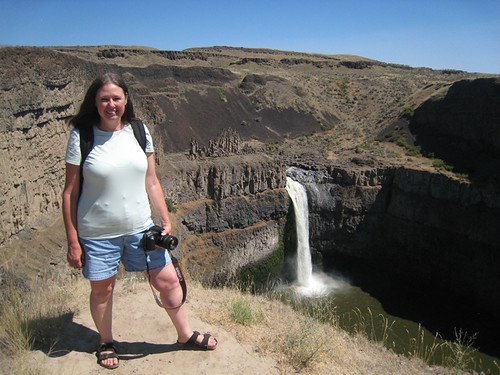 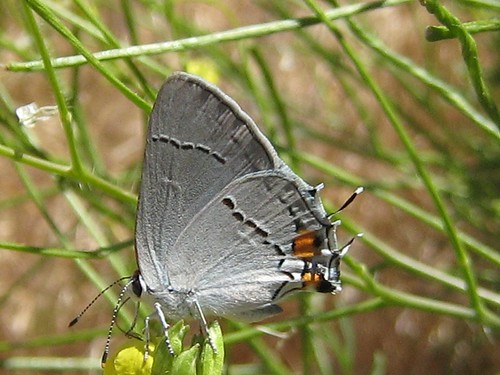 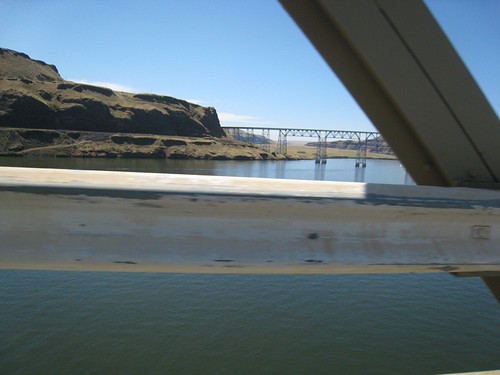 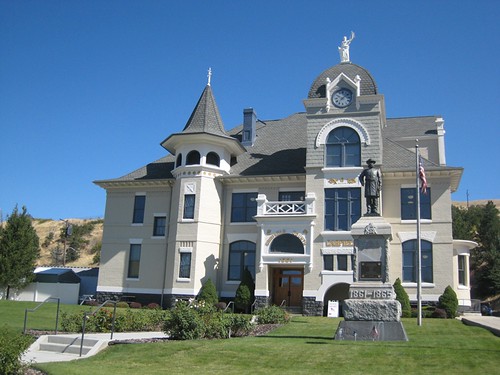 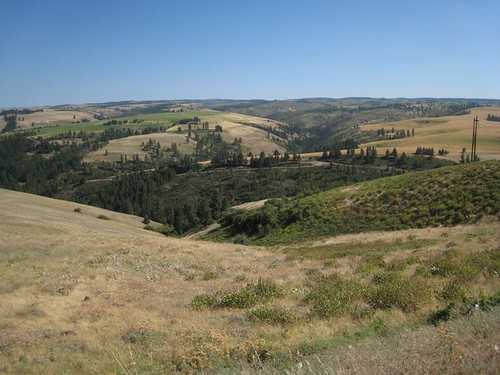 Looking towards the Blue Mountains south of Pomeroy