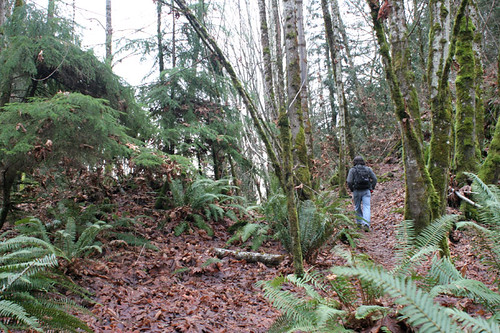 The sun was supposed to grace our presence today so we planned a hike. I had heard from friends and NW Hikers forum about Lord Hill Regional Park near Snohomish. It sounded like a great place for a walk in the woods so we bundled up and headed out.

We decided to explore the backroads instead of taking the faster highway. We took Hwy 524 across from Lynnwood. It was interesting and went from new housing tracks to double-wide trailers set back in the woods. It ended up at Malby and the cafe was busy as to be expected on a Sunday Morning. We headed up Hwy 522 to Monroe and took the old Monroe-Snohomish Highway through the farms along the edge of the Snohomish farming valley.

The road to the park and up Lord Hill was lined with large houses designed as a horse farm. Many had magnificent views back across Monroe to the Cascade Mountains. The parking lot was rather full but we were able to find a parking place.

The park was once the farm of Michell Lord. He purchased 80 acres in 1879 and later expanded on it. He was mostly a dairy farmer but he also raised other animals and had 100 acres in cultivation. Later the area was logged in the 1930s and again in the 1980s. The park is 1,300 acres above the Snohomish River and is criss-crossed by several trails.

We decided to head to one of the view points and make a loop. We stayed on the main trail and then turned off on one of the pipeline cutoffs to point 630. Here we were treated to a view across the farms along the river with the Olympics peaking up above the horizon. We returned a short ways and then headed over to the Pipeline trail to Temple Lake. We returned by lugging up Pipeline trail to Beaver Pond and the parking lot. It took us about 2 hours and we did maybe 3-4 miles. Not much but a great start to the New Year. 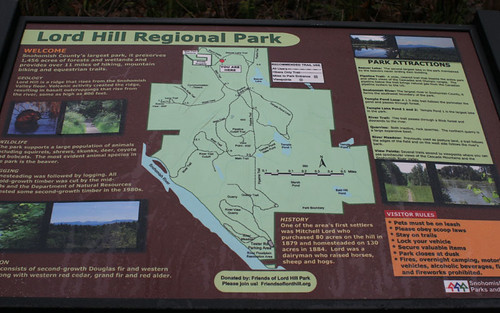 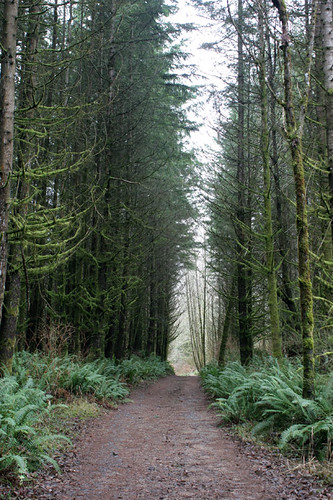 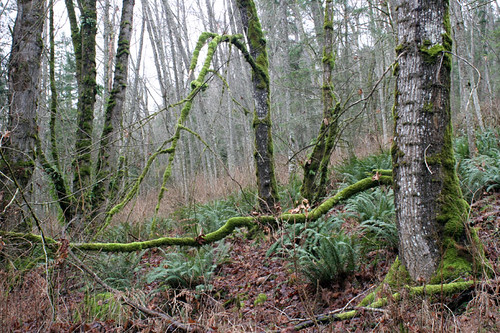 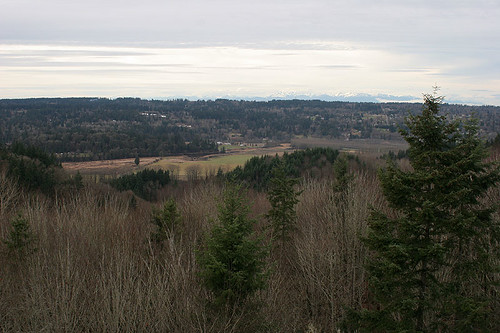 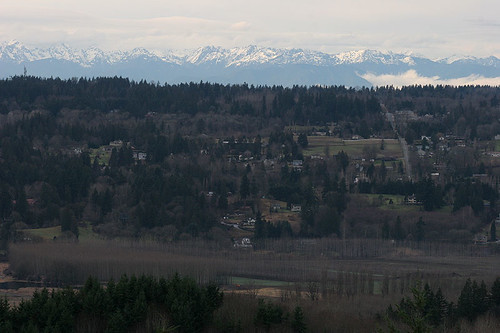 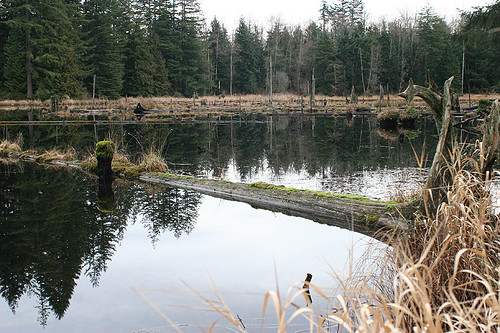 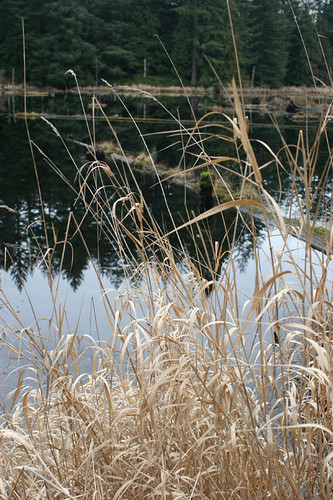 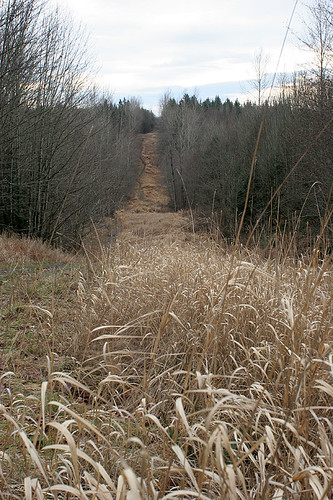