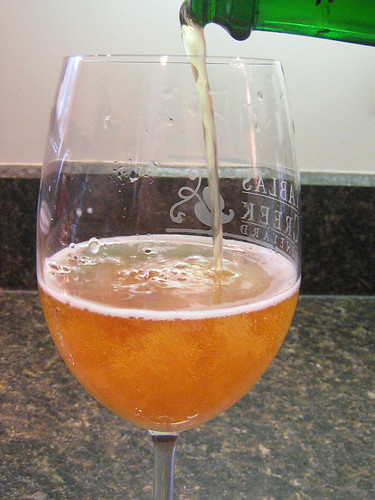 I’ve been a long time beer aficionado. Several Washington companies started up microbreweries in the mid-80’s. Groups of co-workers used to go to the local bars to try the latest brews. It really opened my taste up to the wide variety of beers. In the 90’s, several co-workers brewed their own beer and led me to try brewing my own based upon recipes in the Joy of Brewing by Charlie Papazin. I’ve also spent several weeks or months living in Holland which has exposed me to a wide variety of different styles of beer beyond the traditional lager brewed here in the US. We explored beers during our stays in Holland.

One thing that is very unique about the beer in Belgium is the use ‘wild yeasts’. Certain beers are fermented with wild yeast. Basically, it is exposed to open air to let the natural yeast and bacteria ‘infect’ the beer and spontaneously ferment the beer. If you have made a sourdough, you’ll understand what I’m talking about. The taste is influenced by the environment. It is kinda freaky at first but once you taste one of these beers – you will be a convert.

Lambic is the name used for the beers that are naturally fermented by wild yeasts in Belgium. It produces a slightly sour but very dry beer. Lambics are frequently flavored with fruit or sugar. Kriek is a Lambic that fermented with sour cherries. We had a home brewed Kriek at Christmas. We had to add a simple syrup to sweeten it but it was so tasty with our ham.

Gueuze is another type of lambic. It is made by the blending of several different lambics. It is called the “Champagne of beer” since it is aged and bottled and corked in champagne style bottles.

10 years ago while G was selling plants at a local farmers market, another farmer bartered a bottle of Lindemans Gueuze Grand Cru “Cuvée René in trade for some plants. The bottle has sat in our downstairs pantry for over 10 years. I’ve avoided it mainly because it would be sour and also because I’ve never really tried it.

I don’t really do New Years resolutions but I have been starting to pull out items from my pantry and cabinet that have been setting around for years. Kinda like cleaning out my closets except these are my food closets. I’m going to try to use it or toss it. I saw the bottle of Gueuze and decided to open it. I would taste it and if it wasn’t any good – I would toss it.

Wow! what a great beer. The top was wrapped in foil and had a typical metal beer top. We took it off and found a cork underneath. We slowly screwed the cork up and off. A light whiff of smoke swirled up from the top of the bottle. We poured a small amount. It was a lovely amber color with a good light head of foam. Smell was of very ripe apples but the taste was sour and light – dry and crisp with the flavor of apples. It wasn’t sweet like a hard cider but sour acidic from the aged hops. Fortunately, it is a beer that can be aged. And I can see why it is compared to Champagne. We loved it. 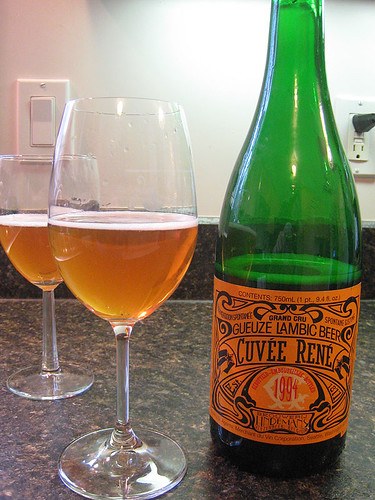 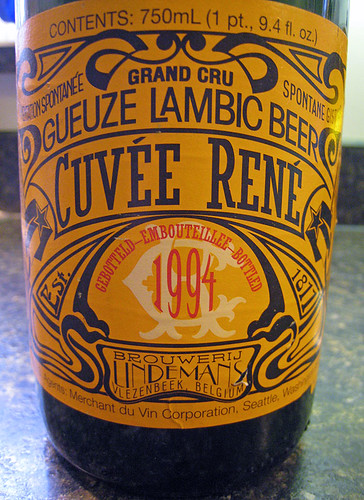