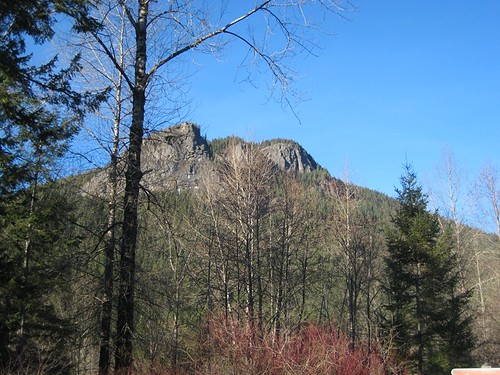 We are starting to hike more. Of course, it just depends upon the weather. The first of January was clear and cold but that did not stop us from getting out and doing a trail.

I was not certain how much ice and snow was in the foothills. It had snowed down to 500ft over the weekend but had been sunny and cold since that time. I debated whether to do Poo-Poo Point, a low down hike on Tiger Mountain or Rattlesnake. Rattlesnake is father towards the pass but it is a bit more open and potentially had gotten more sunlight – so Rattlesnake it was.

We had breakfast of a Spanish omelet and then left around 9:30am. There was not a lot of traffic (New Years Day) and the roads were in good condition even around High Point which is in the shadow of Tiger Mountain and the part of the road I was the most worried.

There were 4 other cars that got off at the same time heading and they also headed for Rattlesnake. There was also a lot of traffic coming down so we were a little worried about the crowds but even though there was a line of cars parked on the road there were lots of places in the parking lot.

It was a little before 11 o’clock when we started up. Rattlesnake Lake recreational area is owned by Seattle Metro and is part of the city watershed. The trail was rebuilt about 10 years ago and is a great conditioning hike. It is just a bit under 2 miles round trip and 1100 ft elevation gain. The trail does a couple of large switchbacks through the forest before you get to the short spur to the rocky ledge. The trail was lined in horey frost and only one or two areas where it was icy from water. I took it easy and was passed a lot. It was pretty busy.

The ledge was busy as usual. Some people were afraid to jump between the rocks so there was a little bit of a jam. The views were very good especially to the North Bend in the west. There was a bit of haze to the east.

It took us about as long to get down because of the large amount of people coming up. It was now after 12:00 and a lot of other people, families and dogs had the same idea. We had to stop several times for large parties to go by.

We got down by 1:30pm and had our lunch before heading home. A great start to the New Year. 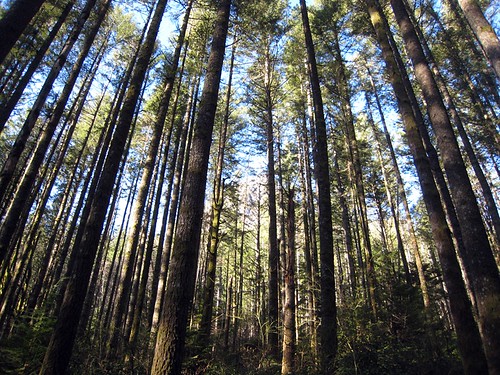 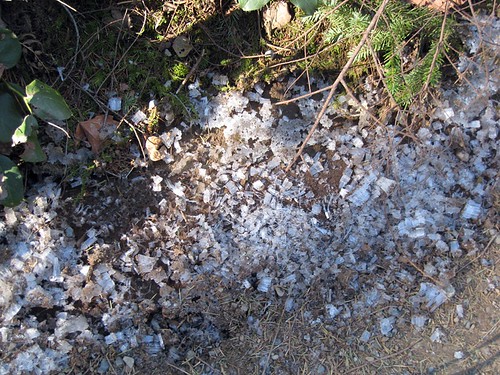 Icy sides of the trail 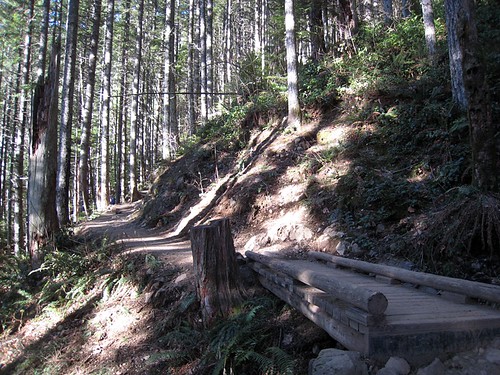 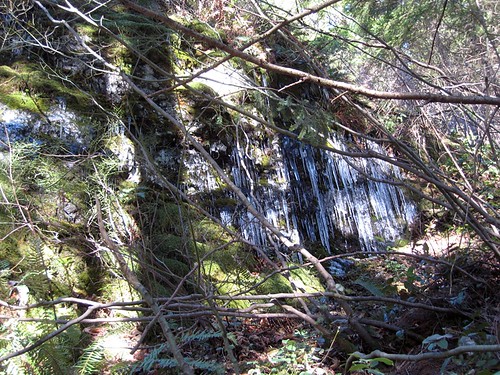 Icicles along the trailside rocks 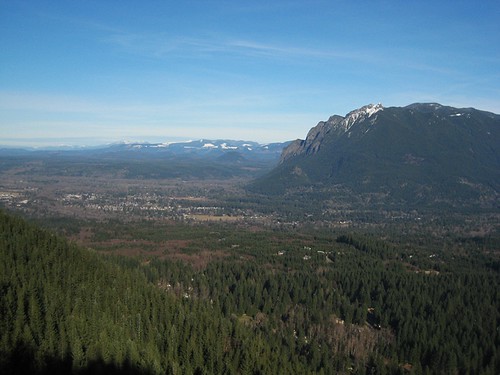 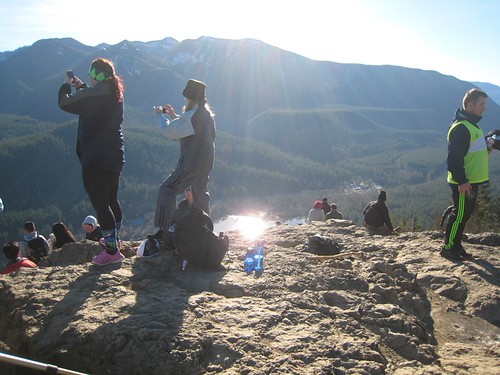 On top of the Ledge 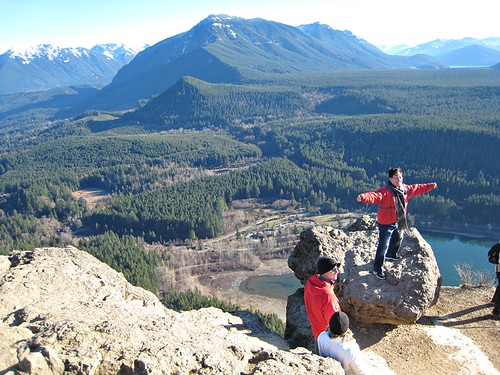 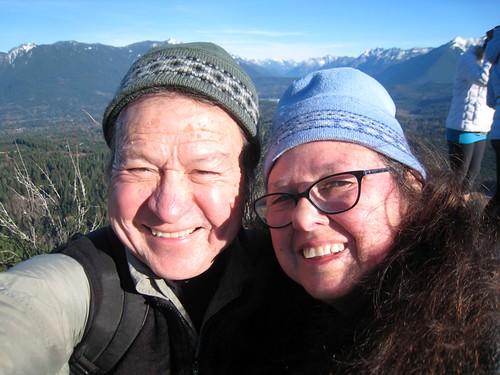 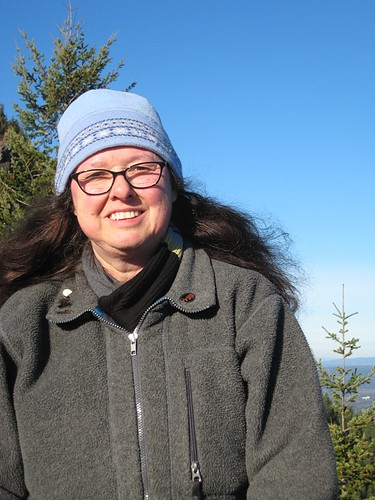 Up on top at the start of a new year