↓
Home→Memoirs→Getting in the Spirit in the NW

It can be so tough here in the far corner of the US to get in the holiday spirit. It is cold, drizzly and dark. The sun comes up around 8am and sets shortly after 4pm. Eight hours but it can feel even shorter when the day is dark and cloudy.

We are not giving gifts this year so we don’t have the pressure of running around finding the perfect something. We have gone downtown for breakfast and to look around. It is great not having to be obligated to make purchases.

We also do not have a Christmas Tree. We got out of having one when our kitties were little. We didn’t want them to terrorize it while we were at work. We just didn’t get back into having one.

But we do like to have a lot of light during this time and do as much as we can outdoors. We have strung lights around the living room and on our fig tree. I purchased a wreath and have a nice bouquet of white flowers, seasonal evergreens and holly. I also pull out a lot of candles to add a warm glow to the room.

This year has also been very mild. It has not snowed this year and there have been few frosts. And we have had several warm sunny days. We have been able to get out on the trail on Saturday. Last Saturday, we went to Tiger Mountain. It had rained heavily the day before and the lower part of the trail was almost a stream. Fortunately, the trail is well constructed so the water is directed off and you can get around the it. It was cool at the top but not freezing.

This Saturday we went to Rattlesnake Ledge. It was so warm that I hiked in just a polypro top. I started out with my wool sweater but got too warm. It was busy. From the view at the top towards Snoqualmie Pass, there was very little snow.

But what else has been nice this year is the mild weather has allowed us to attend several of the outdoor seasonal events. Last Saturday, we went to the Pathway of Lights. We got back from Tiger and remembered it. It has been rainy the past several years so we couldn’t pass up the chance to see it without the rain.

We got there shortly after 6pm and they were just finishing lighting the 4,000 luminaries. We parked at the Bathhouse and headed out. It was already crowded. Most people were walking without lights. It was kinda spooky since you really couldn’t see if you were about to walk into someone. But it was also so cool. A few people had on short strands of Christmas lights. Several of the dogs had blinking lights on their collars. Around 7pm, the several lighted canoes launched from the Aquatheater. They glided along reflecting from the lake.

On Tuesday, the Christmas Ship sailed from Edmonds to Richmond Beach. The Christmas Ship is pretty commercial but there was a planned bon fire at Richmond Beach. That sounded really cool. Again, it was a rain free night. The ship left Edmonds at 7:00pm and was supposed to arrive at Richmond Beach around 8:10. We ate dinner and headed out around 7:30. It was already quite crowded when we arrived. I didn’t even attempt to try to park in the lot but parked a block or so away. You could see the fires from the top and the ships were just coming into view. We walked down the stairs and onto the beach. It was a great fire. It was stacked high and roaring in the breeze. You couldn’t stay very long facing it.

The boat arrived and the choir started. They were okay. We walked down along the water to cool off as they sang. We walked back up to the second bon fire as they finished. Looking up the hill, you could already see the cars streaming out and a traffic jam. We decided to stick around and let everyone leave. There is just something about standing around a bon fire on a cold winter night. We went home and had a hot chocolate. 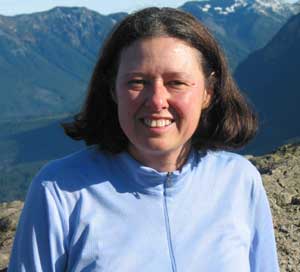