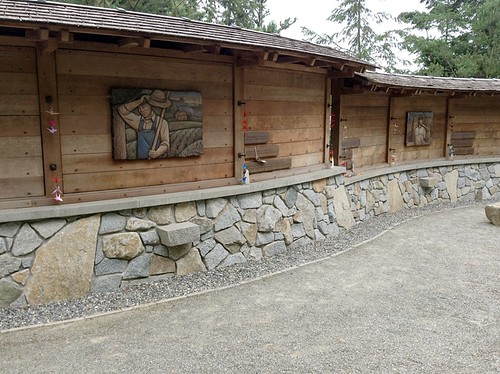 We were hoping for good weather and I took part of the week of 4th of July off. We decided to go camping across the sound at Scenic Beach on Kitsap Peninsula. It is close but feels like we travel away since we need to take the ferry across.

We could not check into the campground until about 2:30pm so we headed to Winslow on Bainbridge Island. I wanted to visit the Bainbridge Island Art Museum with the roof top garden by Lewis and Lewis and the Japanese American Exclusion Memorial.

The Bainbridge Island Museum was wonderful. It has a lot of pieces in different medias and focuses on NW Artists. The exhibit of the works by Barbara Earl Thomas were so diverse. Her work brought back many memories from my previous job. The halls were filled with NW Artists and I daily walked by several of her paintings. The rooftop garden was smaller than I anticipated and we actually enjoyed the diversity of plants in the courtyard better.

We drove through Winslow and around Eagle Harbor to Pritchard Park and the location of the Bainbridge Island Japanese American Exclusion Memorial. Nidoto Nai Yoni, translated as “Let It Not Happen Again” is the motto of the memorial. The Japanese Exclusion was part of my education growing up. One of my best friend’s parents were removed from their property to Manzanar and lost everything. My mother’s bar in Eastern California was built from scrap lumber from the camp. “Let It Not Happen Again” still echos in the political campaigns of 2016. I had to visit.

The curving cedar wall is built along the footsteps of where the Japanese walked on their way to the ferry that took them off the island to the camps. The names of the 227 islanders are memorialized on the wall along with cedar friezes that describing their life before and after the internment. 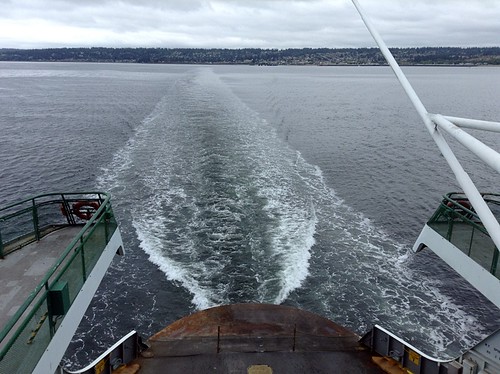 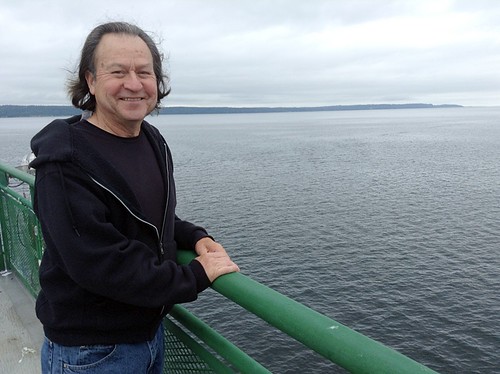 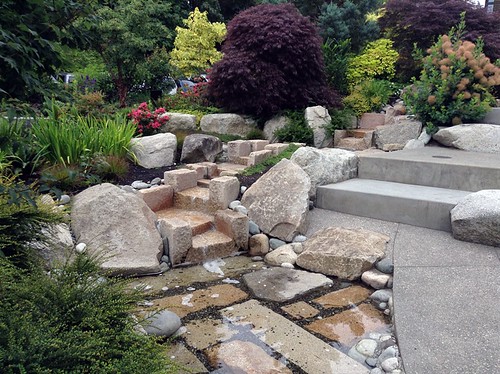 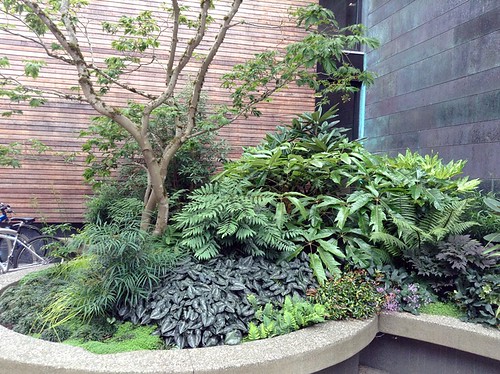 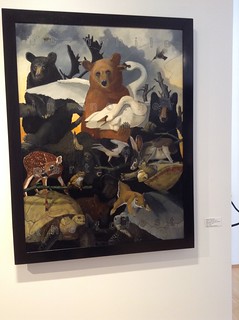 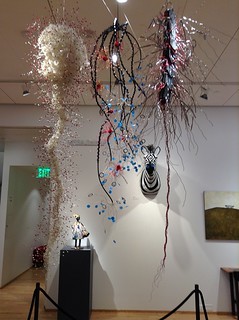 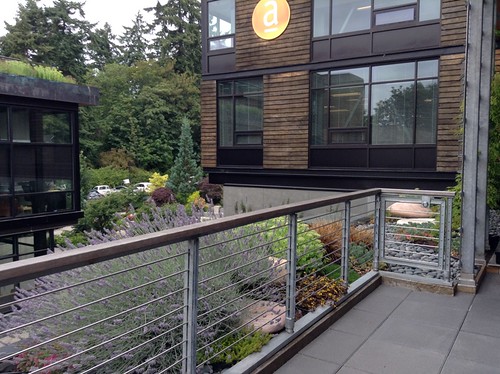 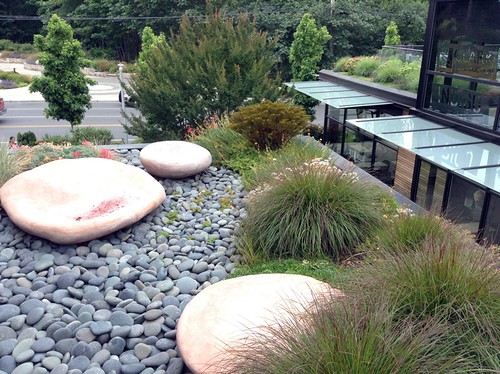 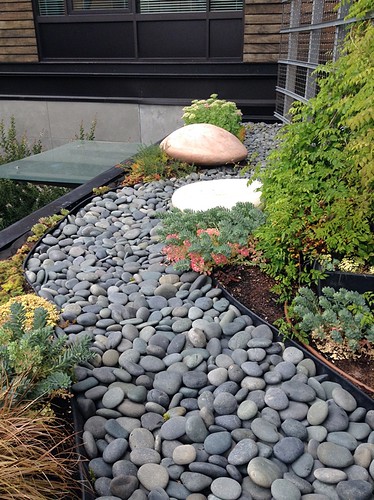 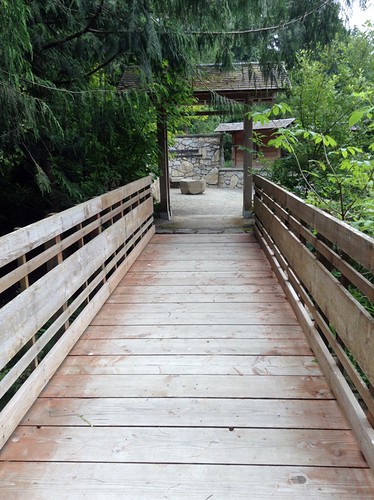 The bridge to the entrance 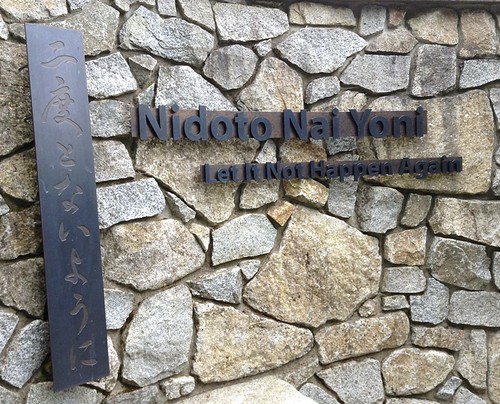 Nidoto Nai Yoni, translated as “Let It Not Happen Again” 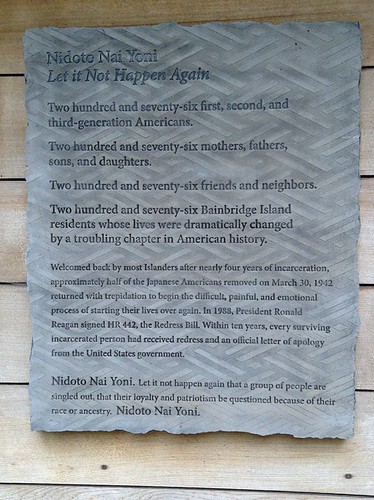 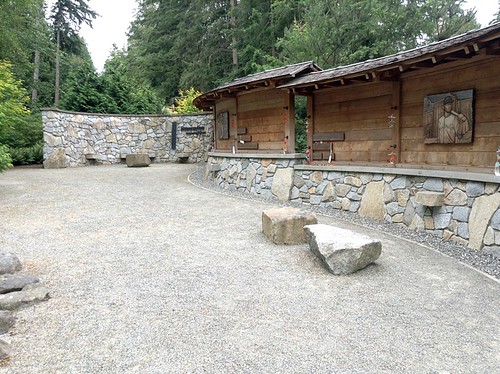 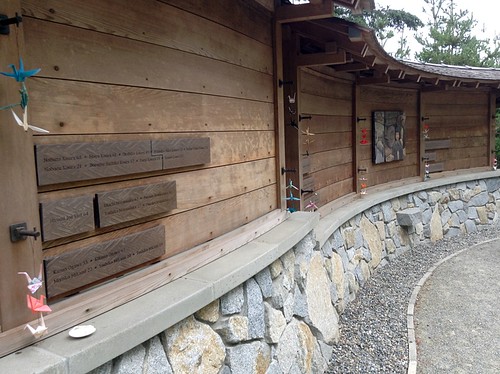 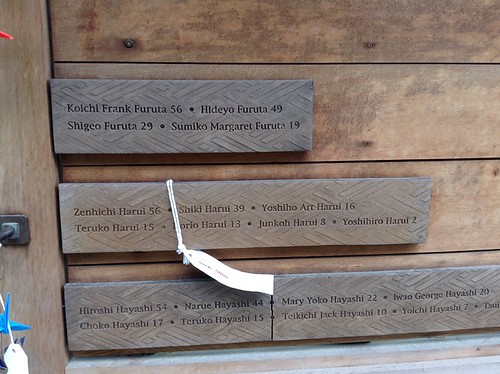 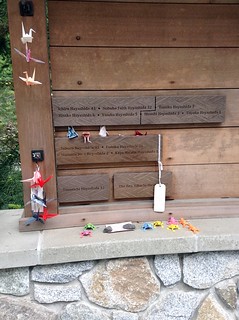 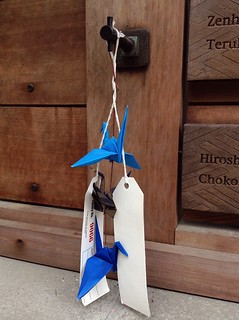 Friezes showing the life of the Japanese on Bainbridge 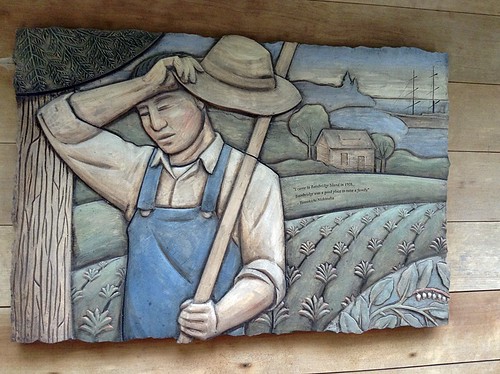 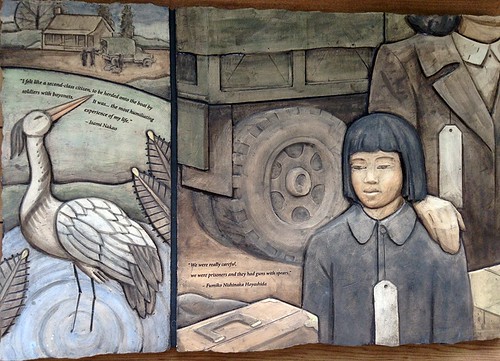 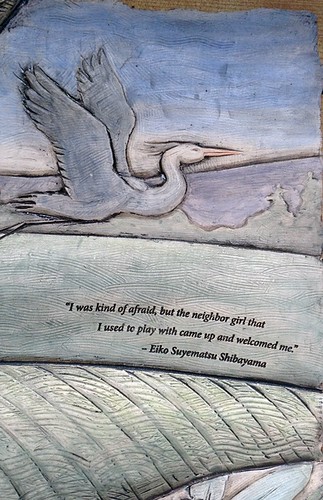