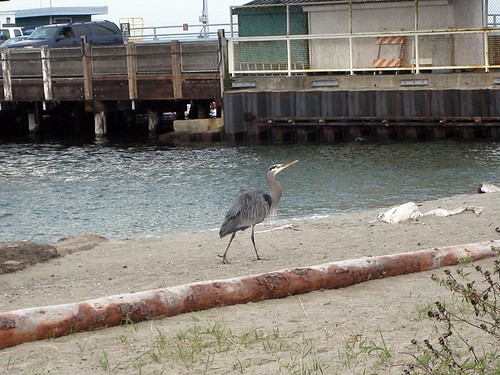 We have made walking part of our daily routine. G suggested it back in September because I was complaining how out of shape I felt. I have been walking off and on in the neighborhood but nothing consistent. G is off work for the winter and suggested that we start doing a short walk in the morning.

We have been mainly going to the Edmonds Marina waterfront. We start usually at Marina Park which is great beach and dog park and then walk up to the Ferry dock. It is about a 1 1/2 mile walk and it usually takes us about 30 minutes.

I love the vistas that you have across the sound, watching the ferry glide into dock and even the occasional train that passes by. The other great thing about the walk is the ability to learn and observe the bird life.

We enjoyed watching a clutch of seagulls in July. We first spotted them on the roof of the trailer for the dry dock boat lift. The parents had made a nest on one end and we spotted them just after July 4th. We watched them weekly for about 6 weeks until they fledged. They still stuck around the pier near the boat launch for a couple more weeks before we no longer saw them. Sometimes we’ll see a squawking young seagull and wonder if it was the runt that stuck around.

We also often see blue herons in the shallow water on low tide. Today the tide was very high and he was actually up on the beach. I was able to get up kinda close and snap a picture with our pocket camera. Sometimes we also see them on the roofs.

We also love the distinctive cry of the Kingfisher. He darts from the tops of the sailboats around and down into the shallow water. He’s fast and I haven’t yet gotten his picture.

Now that it is fall, there are more different water birds that are passing through. We saw some grebes this morning along with some other interesting ducks. We’re starting to take our binoculars along to do a little viewing along with the walk. 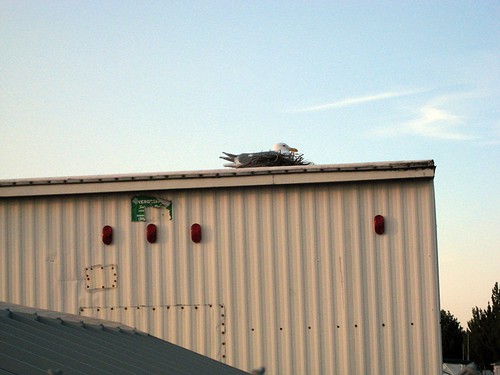 Mom Seagull on the test early in July 2012 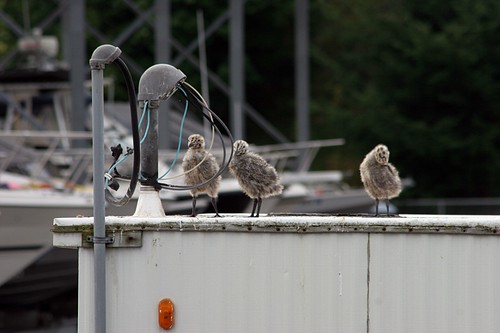 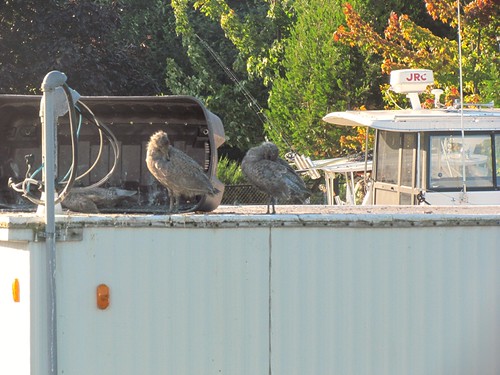 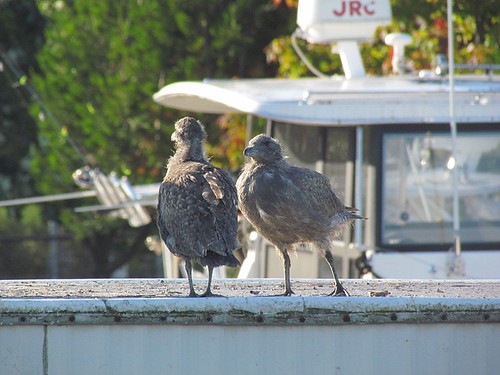 Strutting their stuff at about 1 month old 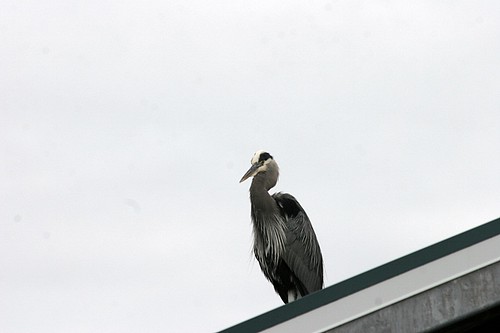 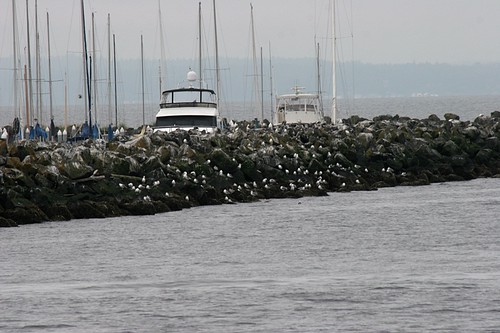 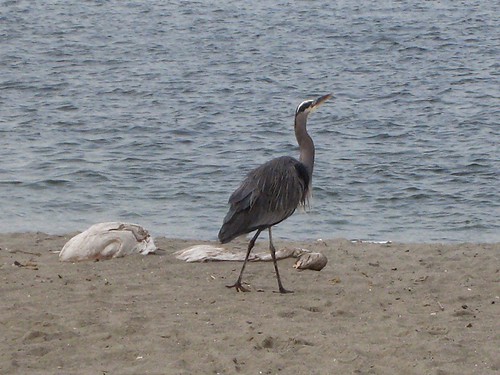