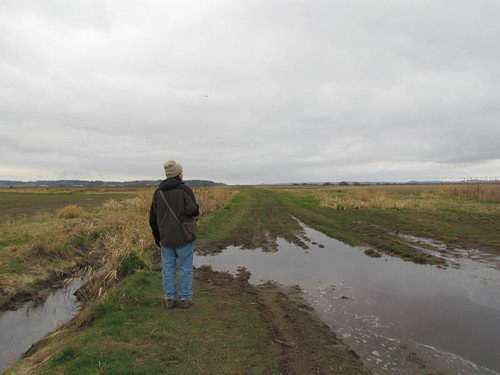 Every year we try to make one or two trips in the winter up to the Skagit Delta. It is an excellent area to bird in the winter. Fir Island is the prime spot for viewing Snow Geese while the Samish Flats are great for raptors and owls. You never know for certain what you will see. Some days it will be a bust with no bird. Other times it can be an amazing experience.

We headed up Sunday with our friend. We got a late start. It was cold and rain was threatening. The wind was biting no matter how well we bundled up. Our first stop was at the Hayden reserve just outside of Conway. We had only saw a group of herons and a juvenile eagle.

We decided to head on up to Samish Flats to see what else we could find when we saw a flock of snow geese off in the distance. We turned and headed towards the field. They were on both sides of Maupin road. We stopped and got out off the car. It was so amazing. More and more flocks were flying over head to join with the others feeding. There is something just magical hearing the honk and whosh of the wings over head.

Something spooked them and the whole flock took off in cacophony of sound. The initial rush of all the wings in motion was like the sound of gas lighting.

We headed back to the car to warm up and traveled north. I had heard that there were some rough legged hawks spotted on Sullivan Road and we found them. They were gorgeous to view on the fence posts. We even saw a meadow lark.

We headed for our final stop – West 90. The fields were too muddy and we could see now owls flying over the fields. We decided to call it a day and headed for a beer at Porterhouse in Mount Vernon. 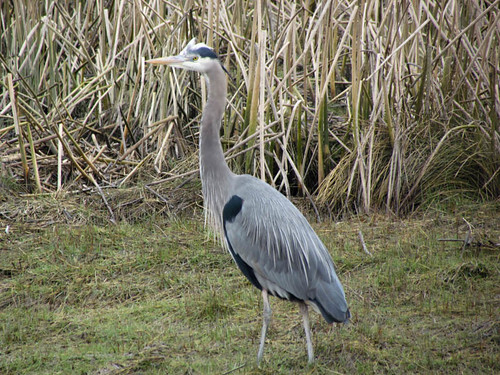 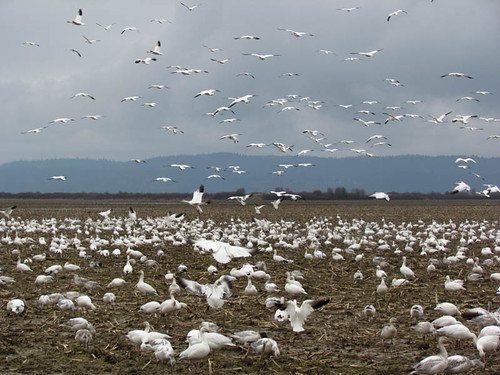 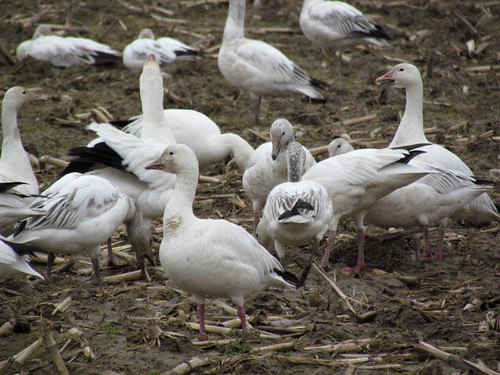 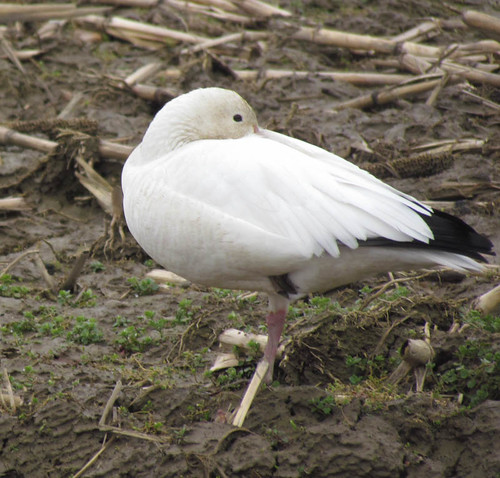 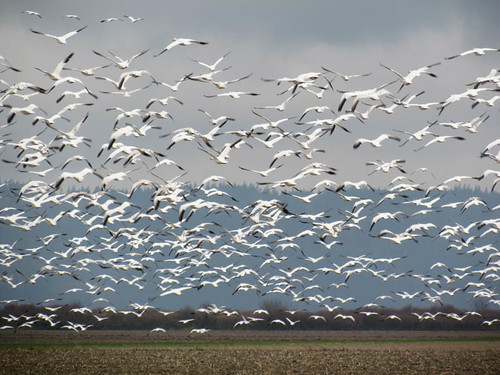 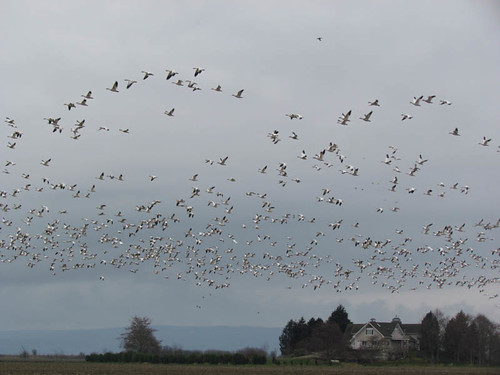 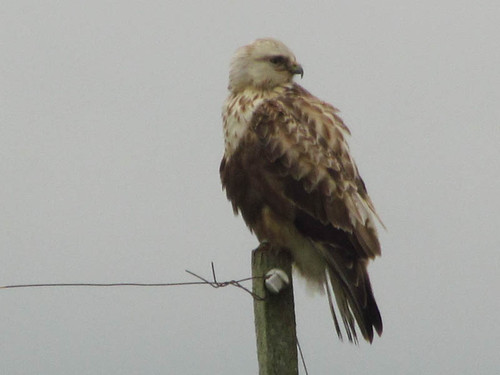 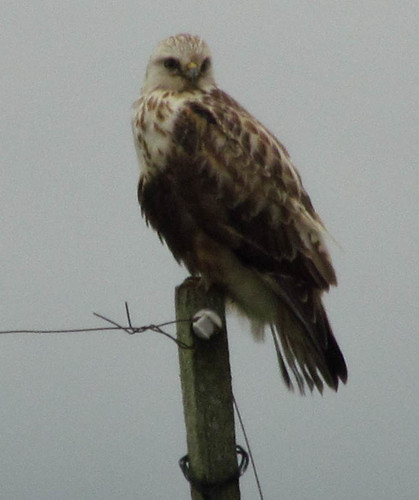