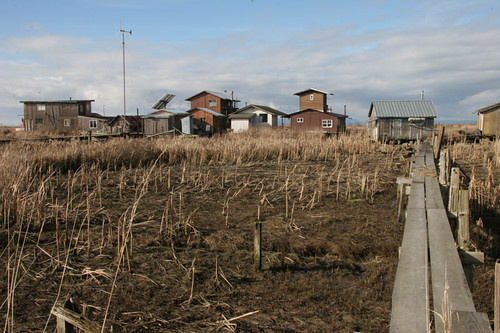 I was in junior high school during the summer of love. I was just young enough to be intrigued by the events but yet old enough to know what was happening. My mother used to drive my school friends and I to San Francisco. We loved to shop around Union Square, have lunch at Ghirardelli Square and enjoy the times. We also did a drive up Haight Avenue to see the ‘hippies’.

I remember being wide-eyed at the long haired boys and women in long flowing dresses. People were coming up to our car and giving us newspapers; you could hear the drums from the park and probably smell the MJ as the car drove slowly through the traffic. We were not the only ones out to see the hippies.

We did not have hippies at my school since it was primarily a minority school. I listened to Motown and Philly soul instead of the psychedelic music of the time. It wasn’t until later in high school that I secretly started listening to folk sounds of the early ‘70s.

But an aspect of the hippy life style always had an appeal to me. It was the idea of going out and living off the land. A commune did not really appeal to me but the idea of moving out of the city, growing your own vegetables, canning, going without power – basically what is called now – living off the grid. Our family had several friends who had moved out into the country and had farms. G and I also visited a friend of a friend who had moved up into the mountains in Oregon to work an abandoned gold mine. We visited in the summer when all was great but they told us about how they basically were cut off from the world for 6 months when the snow came. They only had generators for power and had to put up supplies since they couldn’t go to a store nearby for several months.

Living off the grid has always appealed to me. I am to afraid to do it but the desire and old dreams still live on. I think that is why the hunting cabins on Big Ditch along the Skagit Delta have always intrigued me.

We made our first trip to Big Ditch ages ago. It is located between Stanwood and Conway where the Skagit river delta meets the Puget Sound. The ditch is a long levee which protects a couple of low farms. It is a popular area for bird hunting in the winter. There is a path along the top of the levee – one side are the reed marshes bordering on the sound, the other side is a water filled slough that runs for about a mile almost to the Skagit River.
We have visited the area the past couple of years but never really walked out about a mile along the dike to the cabins as we did on our first visit. We had a sunny day in February and decided to visit the Ditch for a hike.

The parking lot was empty. That was not surprising. It was Friday and hunting season had closed. The gray skies were just starting to break up. But there were no birds. The field east of the ditch was devoid of birds. No raptors in the trees along the bank. We could hear one or two marsh wrens in the reeds and berry bushes but nothing else.

The sun was out and starting to warm when we reached the cabins about a mile from the parking lot. They are mostly built on stilts out over the marsh. There is no electricity to the area so one or two had solar panels and one had a wind mill. But of course – they were not without TV – one cabin had a Dish satellite dish. Each one is hodge-podge of different building materials. There were a few boats moored up on the river side and a dog barked his warning from one of the cabins. No other signs other than the dog.

I could feel the stirrings and remembering of the hippie life viewing them in the faint winter sun. What would it be like to spend a week there with little power? Would there be a wood stove to cook on? Or would it just be regular modern propane BBQ? Probably a couple of decades ago – there would be no phones – no power – no heat other than wood. Now cell phones connect you to family and the internet. Gas generators provide power for a satellite TV. And McDonald’s is just a 20 minute drive away in Stanwood. Oh well… I can still dream. 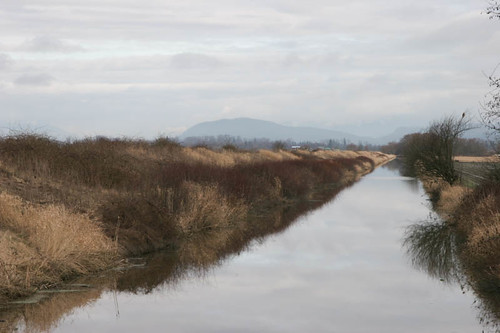 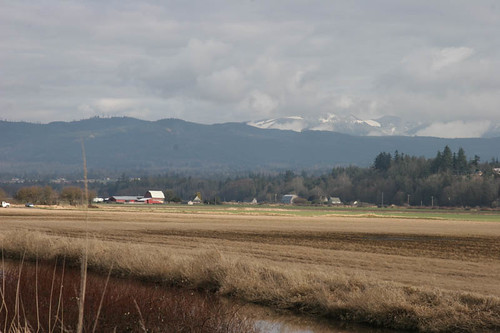 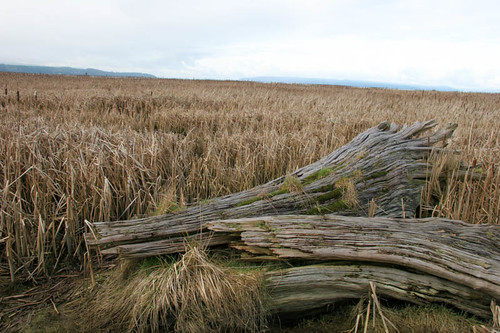 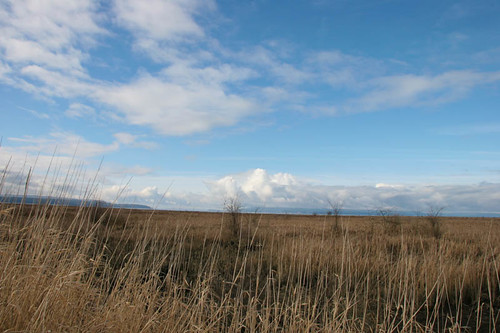 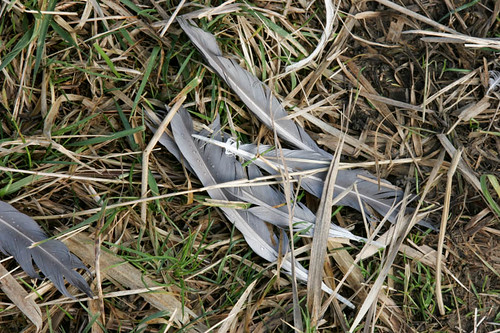 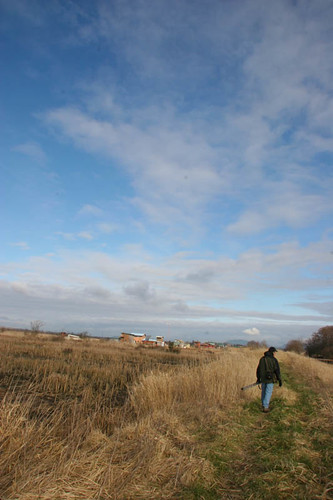 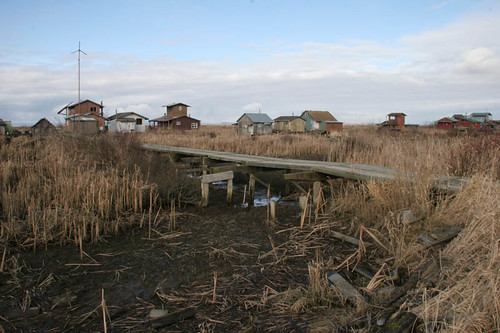 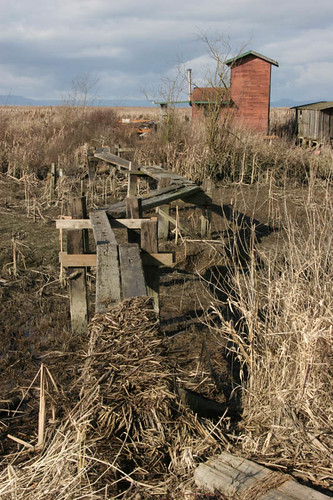 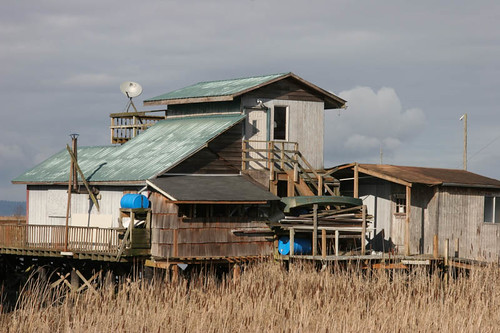 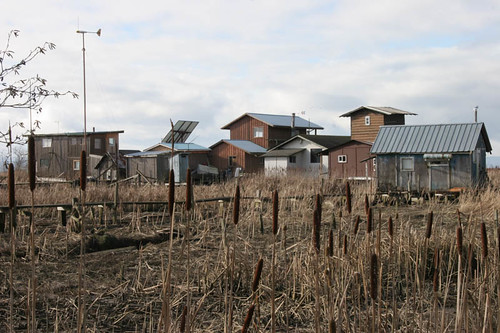