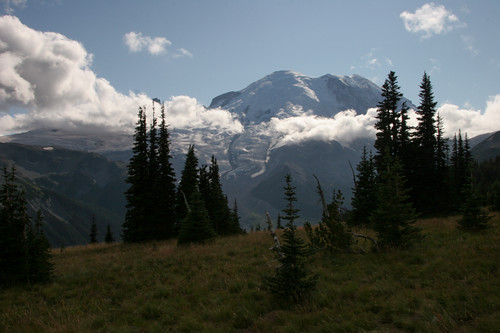 I took a couple of extra days off at Labor Day but the weather gods were not with us. We had to wait until Wednesday to do the hike. No rain – but the clouds played peek-a-boo with the mountain. We never know what to expect – most years we do luck out and get sun but not as lucky this year.

We waited for traffic to clear before heading out. The drive was quick since there wasn’t a lot of traffic once we left the Seattle area and we got up to Sunrise by 11-ish. I wasn’t certain how I would do on the trail since we haven’t been out hiking much this year. The trail starts at Sunrise which is at 6400ft. You climb up to Sourdough ridge and head towards Frozen lake. At a five way junction, you start the climb amount the rocky tundra slope to the top of first Burroughs Mountain (7300 ft – 2.2 miles). The last 100 ft and .06 miles to Second Burroughs can be a killer – but just take it slow and steady.

It was windy at the top and the clouds were spilling over the gap between 2nd and 3rd Burroughs. We climbed down the rocks to find a sheltered spot on the west side. We pulled out our picnic lunch and bottle of rose wine to watch the changing mountain. We were entertained by several critters, a fat ground squirrel, a skittish chipmunk and a very industrious pika who was gathering jacob ladder stems to build up their nest for winter.

The clouds started to close and we headed back. It always goes faster and soon we were back to the car and a warm cup of coffee before drive home. 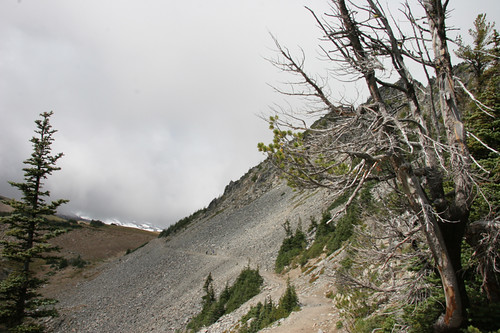 Along Sourdough Ridge towards Frozen Lake 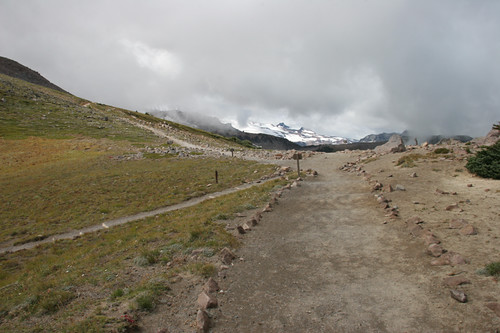 5-way junction – Burroughs is the second from the left 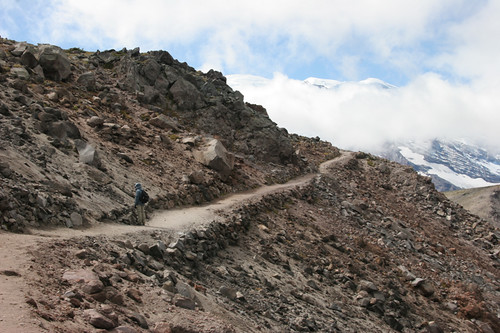 Up the rocky slope almost to the top of First Burroughs. It always feels like hiking in the Himalayas. 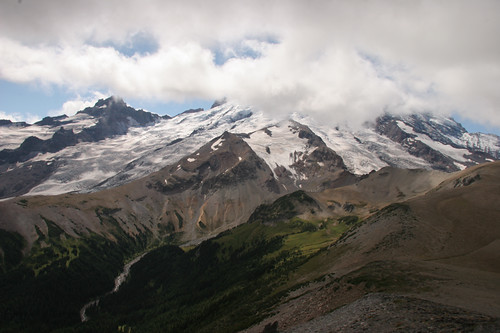 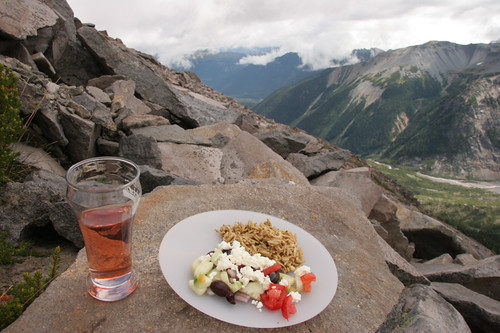 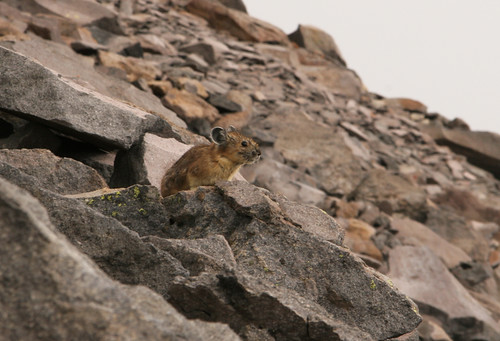 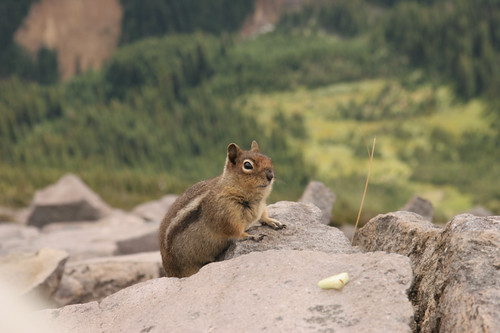 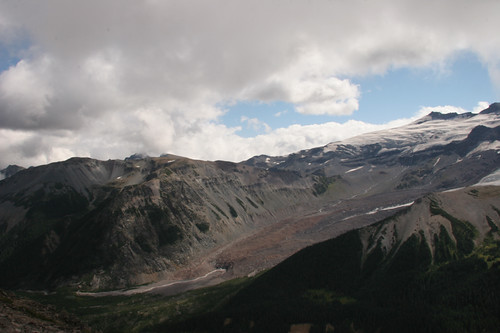 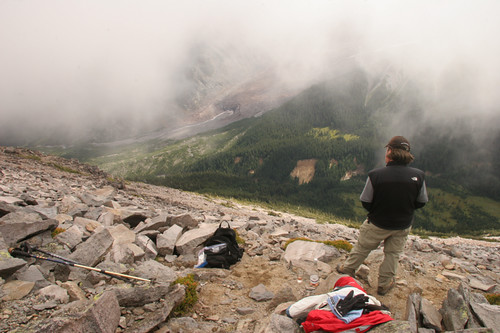 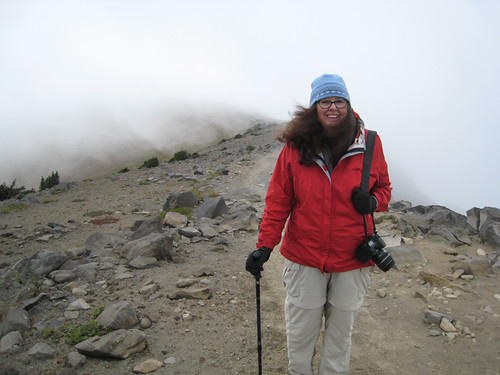 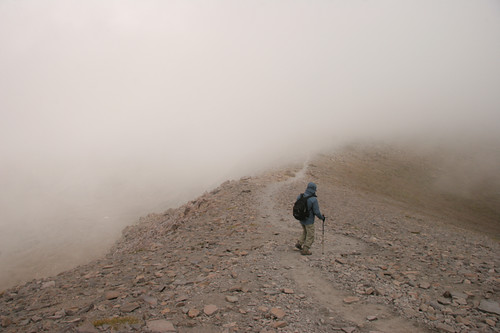 Hiking down through the clouds 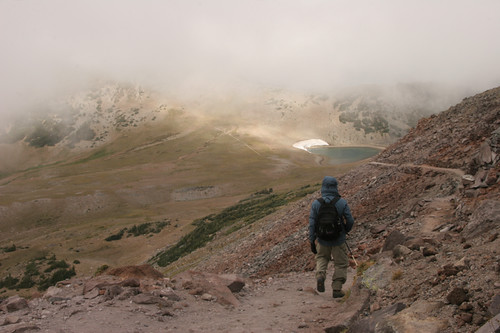 Frozen lake in the distance 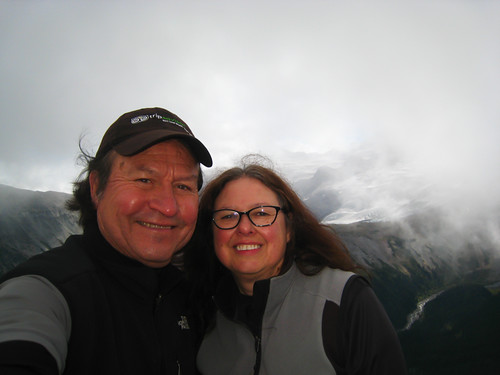