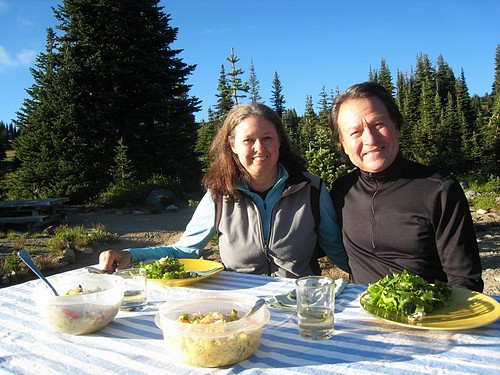 I have to remember not to do our anniversary hike during Labor Day Weekend. This is the second year in a row that we have traveled up to Rainier to do our annual hike to celebrate our wedding anniversary and found it extremely crowded. It was so crowded both this year and last that they closed the entrance to Sunrise.

We were celebrating our 37th anniversary. It has been almost 10 years that we have been traveling up to the Sunrise area of Mt. Rainier to do a late afternoon hike and dinner. For several years we would go up to Burroughs Mountain and watch the sun going down while having dinner. We would hike back in the twilight. We had all types of weather during the years. It was not unusual to have the clouds close in and to hike back in the misty gloaming.

But we have been less energetic the last couple of years and we have done the hike around Naches Peak in the afternoon before having dinner. It is very interesting to look over the pictures from the past couple of years. One year, the meadows were filled with fall color by the first week of September. This year was just the opposite. It was like mid-summer. The late and wet Spring resulted in a late bloom of wildflowers. It also turned warm and sunny so it felt like August instead of September this year. The meadows were covered with an amazing display of lupine. Overall, it was an excellent but late bloom at Rainier.

We arrived at the park around 2:00pm on Sunday. We started towards Sunrise only to see the signs saying the parking lot was full. We didn’t want to wait at the entranced until enough people had left for the rangers to allow more cars up. So we headed over to Tipsoo Lake. Last year we had good luck and spotted a parking space right at the lake when we drove up. No luck this year. So we drove up to the pass and turned around to park along the road.

The trail was busy as expected. Everyone seemed to be out especially since the weather was beautiful. We hiked to the small reflection lakes and snapped several pictures before returning to the car. By this time, it was almost 5pm. The parking lot and road was still busy at Tipsoo so we decided to go up to picnic area at Sunrise. What a smart decision. Most people were heading back and the ones that were still around were out on the trail. We were able to find a picnic bench with a perfect view of the Mountain while we ate our dinner in the setting sun.

It did get quite chilly after the sun set so we quickly packed up and headed back to the car. Fortunately we brought warm coffee. The sky will striking as the sun set behind the Mountain. We could resist a couple of stops along the road before we bid adieu to the Mountain for another season.

Here are some posts on our previous Anniversary Hikes. 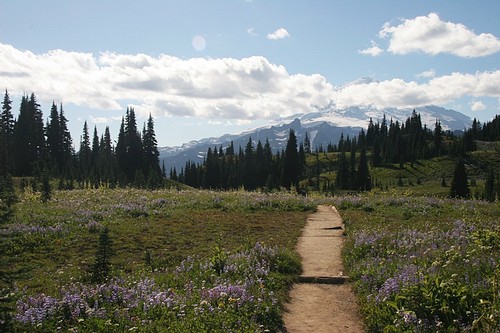 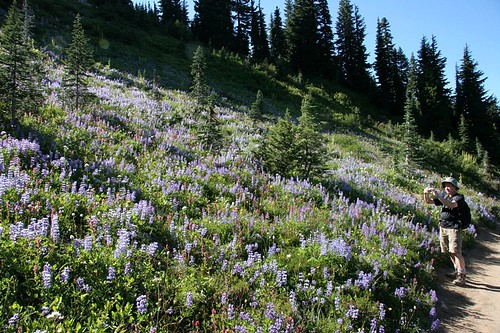 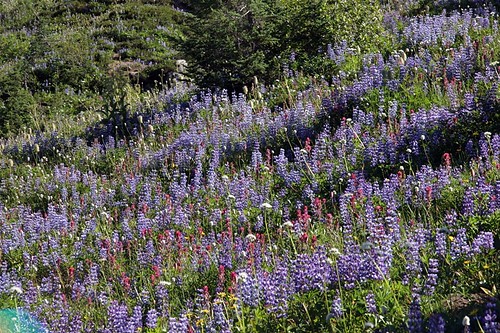 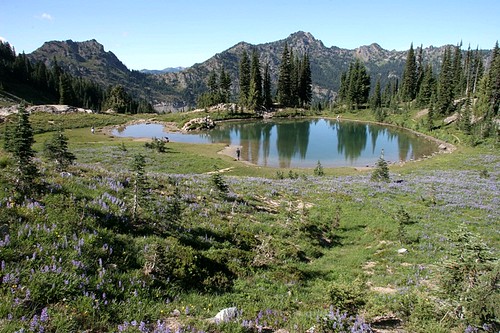 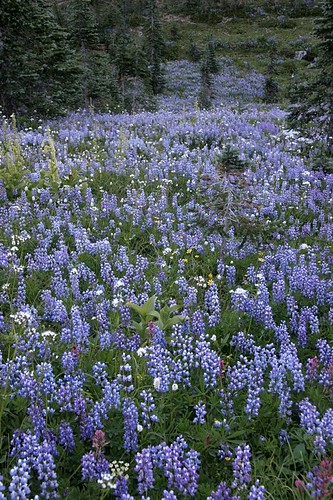 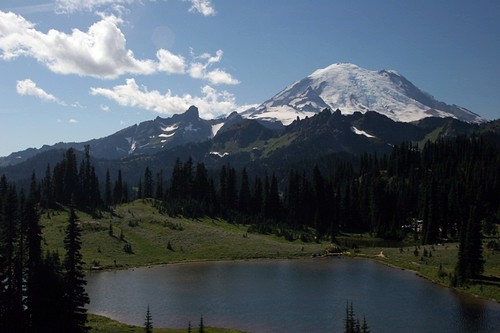 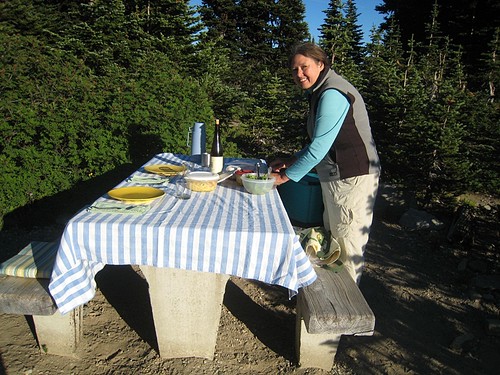 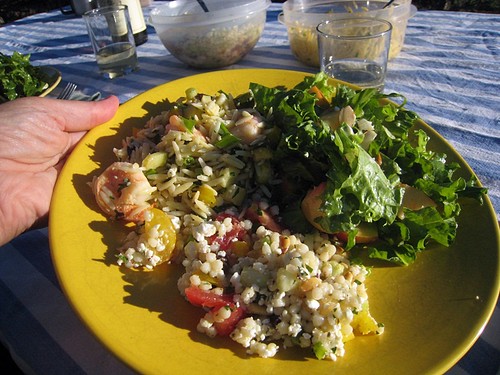 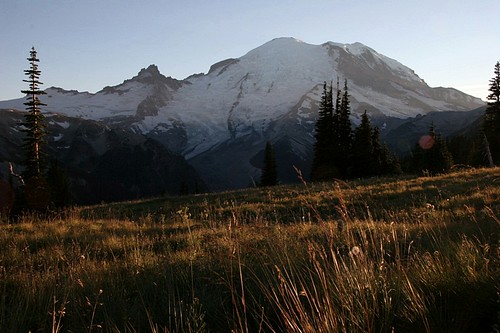 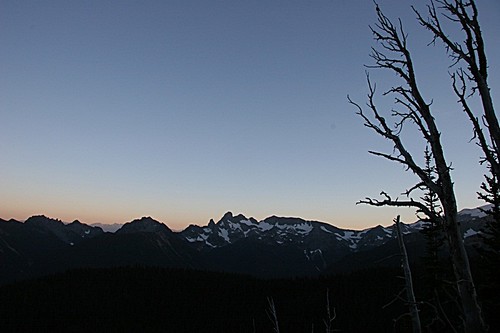