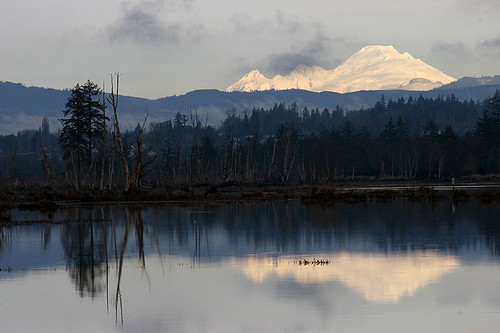 I’ve had a bit of cabin fever. The holidays are over. The weather has been dreary and stormy. I really have needed to get out of the house and go someplace different. Fortunately a friend called yesterday and asked if we wanted to go birdwatching on Spencer Island. It was a great idea. He got a spotting scope for Christmas and this would be a good place to practice using his new scope. It is also not far and it would be easy to get to. There was no rain in the forecast – just a typical cool gray day.

We parked near the Everett Waste Treatment plant. We could hear the gun shots as we put our boots on. We did not expect share the island with hunters but on hindsight – we should have expected it on a Sunday early in January. We headed down the road towards the bridge to the island. The island is located in the Snohomish River Estuary in Everett. Originally it was a farm but over the years the island dikes have been breached and it is becoming a marshland.

We crossed over the bridge and met several hunters who had finished for the morning. The northern part of the island is run by the Washington Fish and Game and is open to hunting. The southern portion of the island is owned by Snohomish County and hunting is prohibited. We turned South.

We stopped along the way to watch the birds. The tide was high when we arrived and we did not see much at first. We meandered along the dike and across the island towards the river. We had gorgeous views across the marsh to the surrounding mountains. Mt. Baker glowed in the sun. Misty fog hung along the river shore.

We slowed down and let the morning progress. The tide retreated and more and more ducks arrived to swim the muddy ponds among the cattails. We started to see more raptor birds in the trees – a pair of red tailed hawks surveyed the fields, a peregrine falcon swooped along the river and a harrier hawk flew low through the reeds.

We completed the loop and started back to the car. We heard the cry of a kingfisher and saw a beautiful young bird perched on the snag swooping down for fish in the pools. We spent about 3 lovely hours in the cool winter day – enjoyed the beauty of the wildlife. 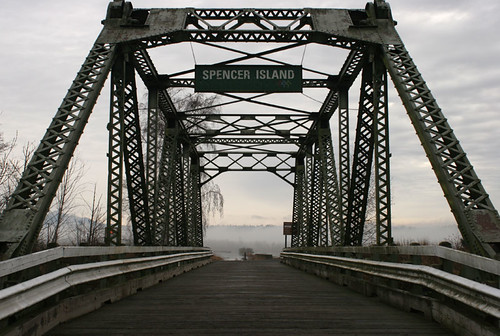 Bridge to the island 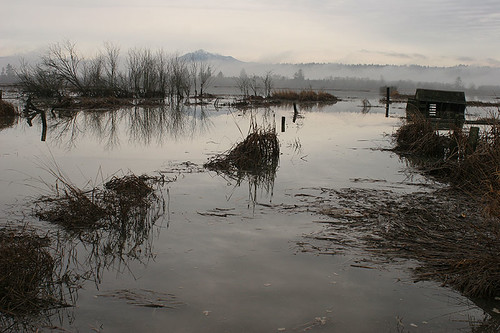 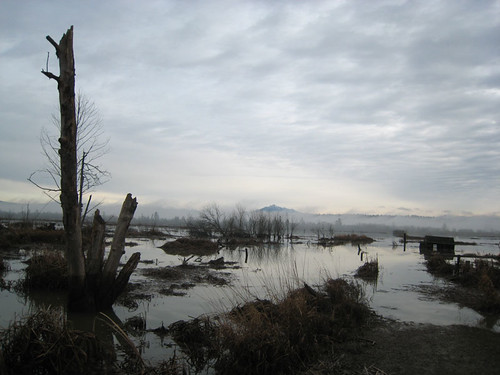 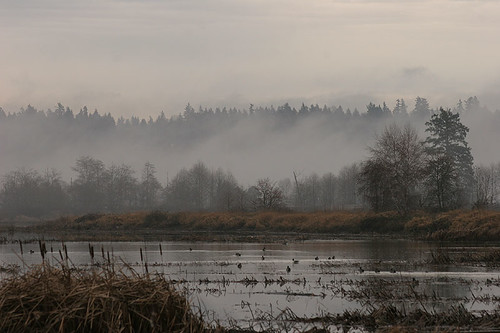 Misty fog along the river 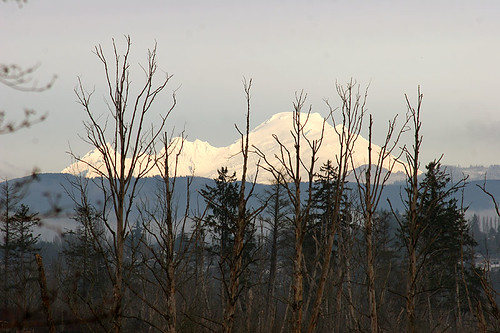 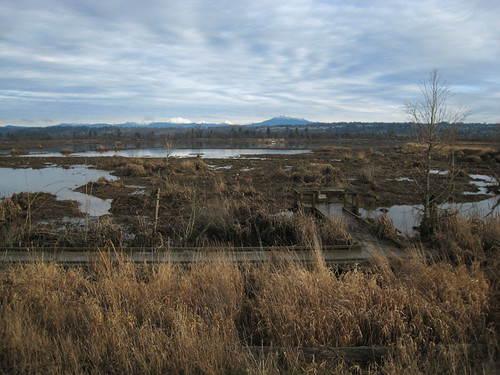 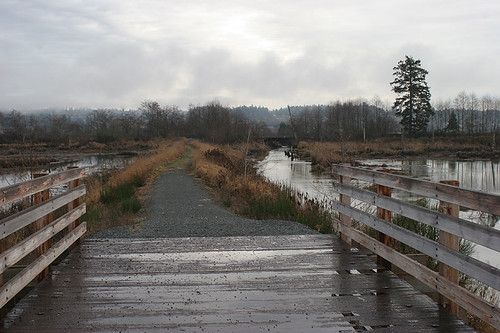 Path Across the Island 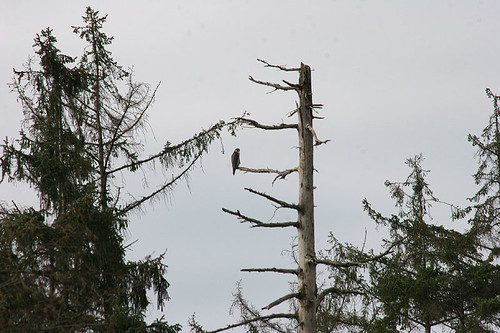 Falcon in the trees 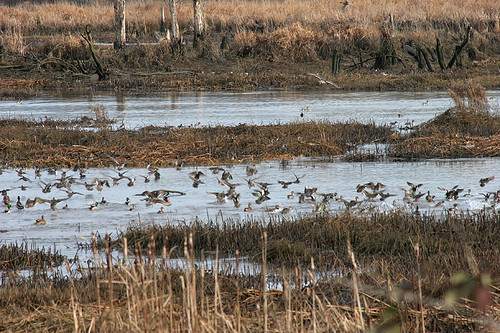 Ducks in the marsh