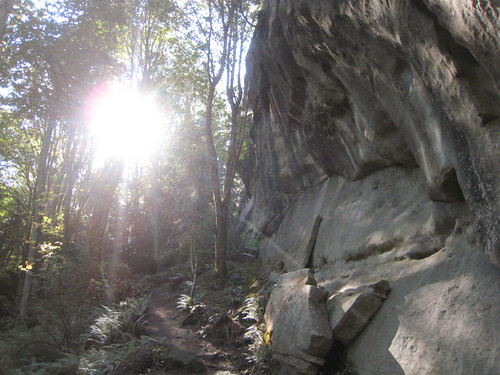 After touring the Skagit farms, we decided to skip visiting Taylor Shellfish. We really enjoyed it last year with the games, educational exhibits and samples but we decided to take advantage of the good warm weather and do a hike. I had looked around for a trail to try and same across a new trail – Rock Trail in Larrabee State Park. It is a series of stairs down to interesting rock walls and it was also short. It would also give us a chance to drive along Chuckanut Drive which is always gorgeous in the fall with all the big leaf Maples.

Cleator Road to the trail is a 4 mile dirt road. It was a little rough and pretty steep in places. The Hybrid had to use first gear for a large part. At the top is a good vista out over the San Juan Islands and Bellingham. The trail goes a short distance before the stairs start down. Another hiker told us there were 103 stairs – I didn’t count.

At the base were large rocks that are typically found nearer the coast. This page has a good write up on the geology of the trail. It was very dark and dense forest but very well built.

We continued to shortly past the bridge – almost the end before we decided to turn back. We knew we had to go back up the stairs. It took us about an hour roundtrip and it was a very good workout.

It was time for a beer and pizza so we returned to La Connor for a couple of good craft beers and pizzas. Over all a great day in the Skagit. 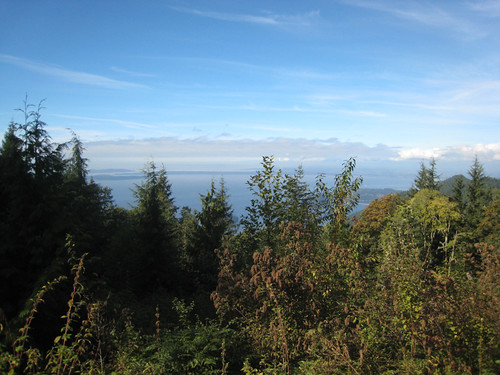 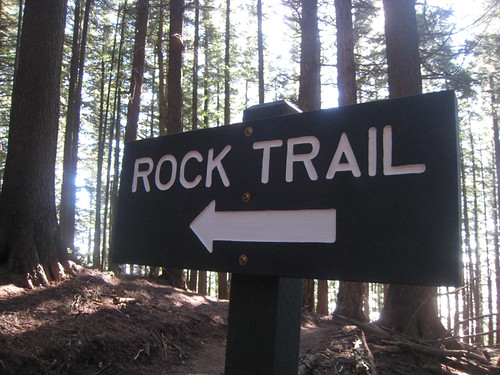 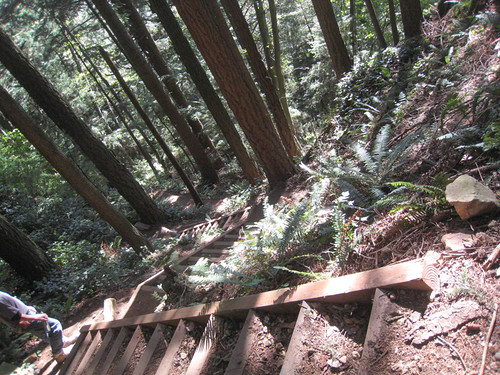 Heading down the stairs 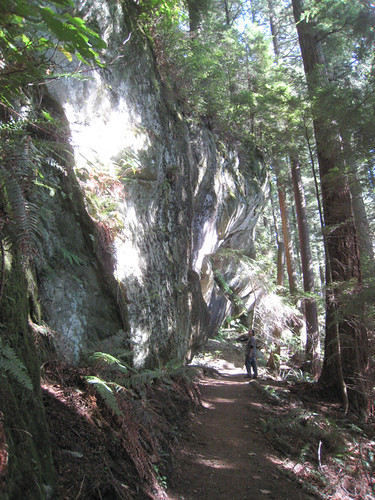 Sandstone rocks along the trail 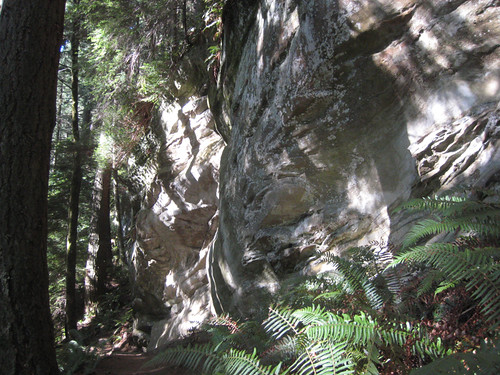 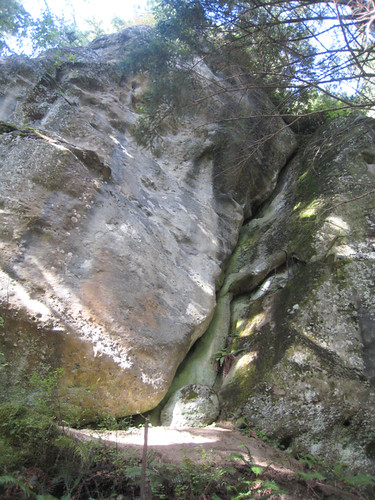 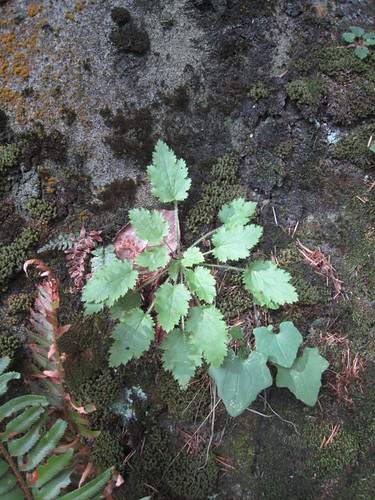 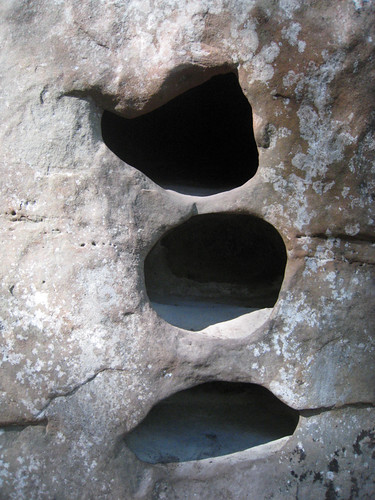 Tafoni on the wall 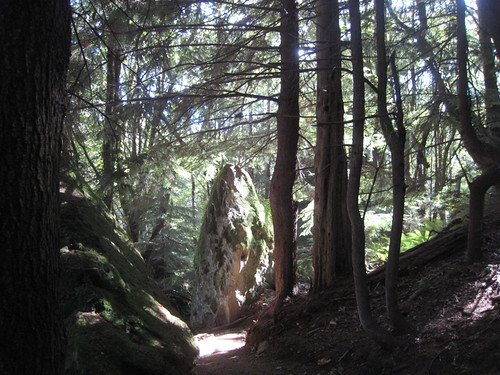 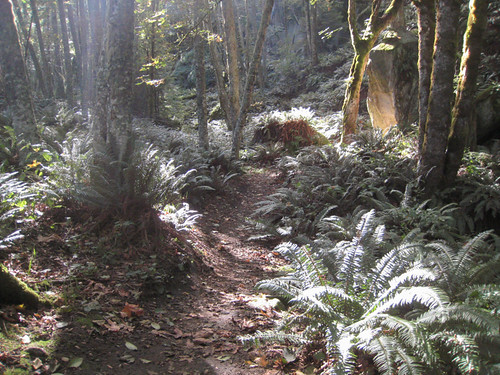 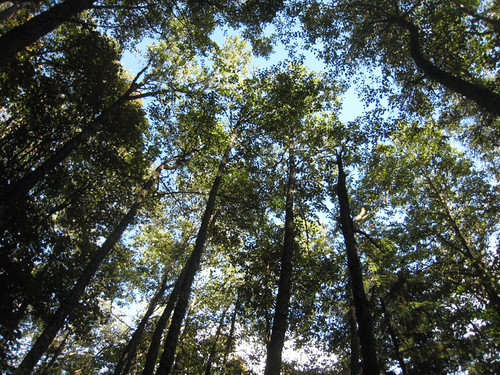 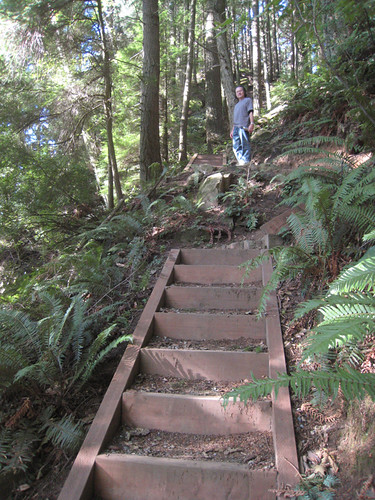 Time to climb back up 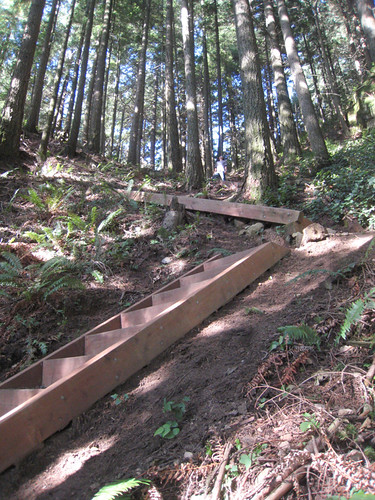 Can you see G up between the two trees?