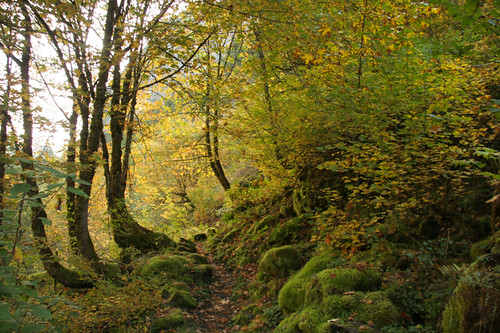 I had Tuesday off after working a 6 day week and we wanted to do a fall hike. I wanted it to be somewhere close but with good color. I remembered the large groves of maple at Perry Creek when we visited in the Spring. The Mountain Loop Road is also a great Fall drive.

The day was very foggy here near the Puget Sound. I checked a couple of web cams and felt it would be clear higher up. The fog was particularly heavy along the Snohomish River near Everett and even up along the Stillagumish near Granite Falls. But soon the skies cleared and it was a warm blue Fall day.

There were few cars along the way although we followed another car into the parking lot. It was very warm for an October day and short sleeves were enough. We started out through the fir forest but soon came to bright groves of yellow maples. It is a pretty rocky trail but the climb is gentle. The maples were magical although the trail was shaded being on the north side of Mt Dickerman.

We made it as far as we went previously and had lunch overlooking the creek and Big Four Mountain. We returned quickly to the car – over all the hike was about 5 miles RT and it took us about 3 hours with frequent stops for photos. It was just what I wanted to enjoy the Fall before the temps drop and rain starts. 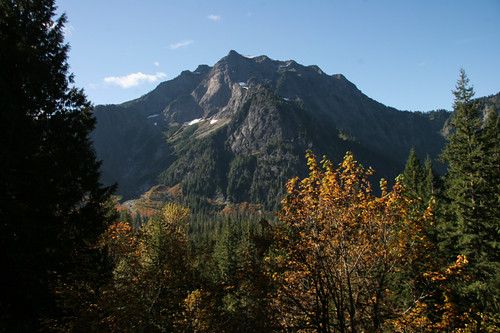 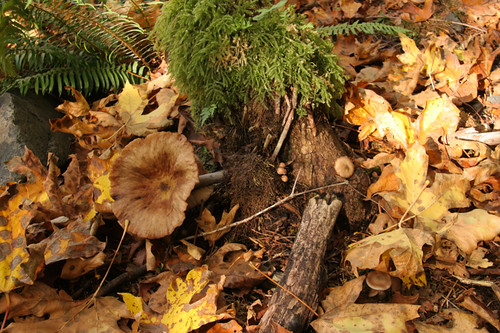 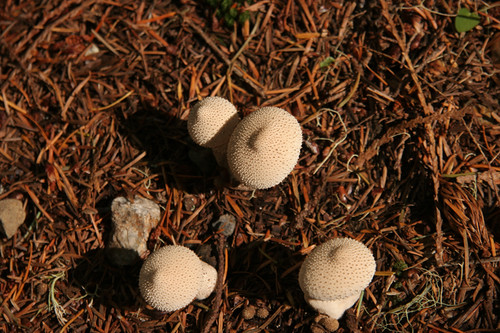 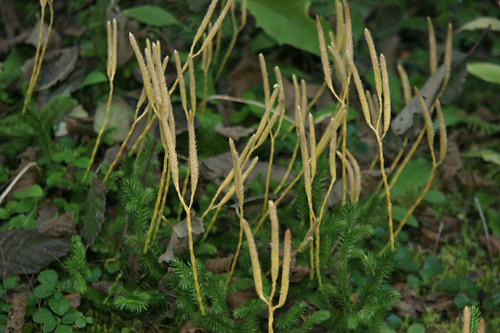 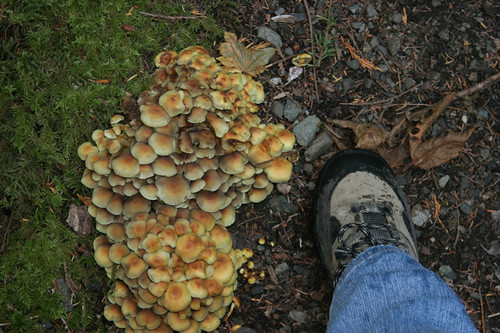 Large mushroom clump along the trail 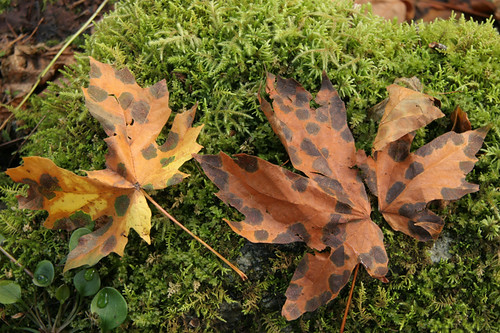 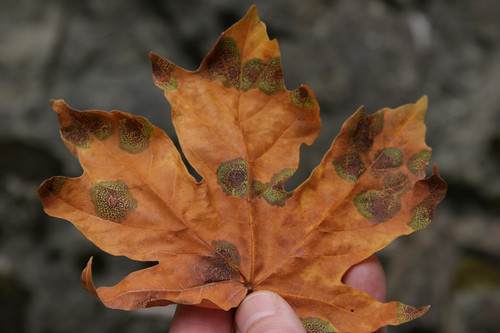 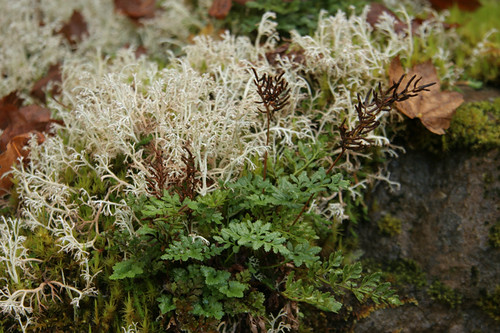 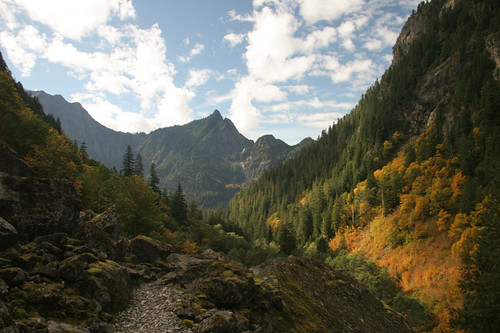 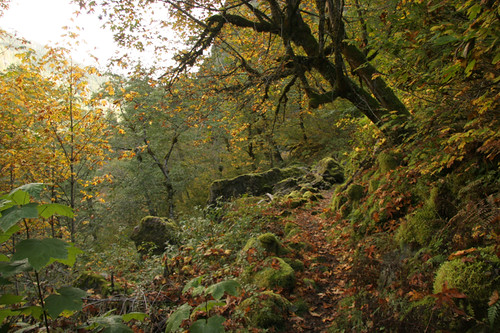 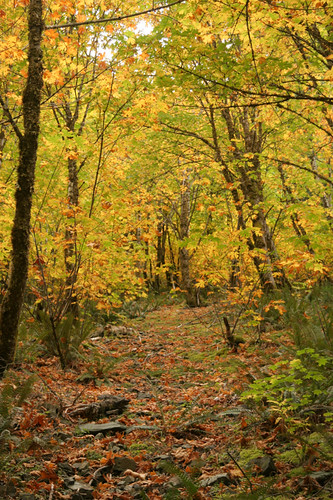 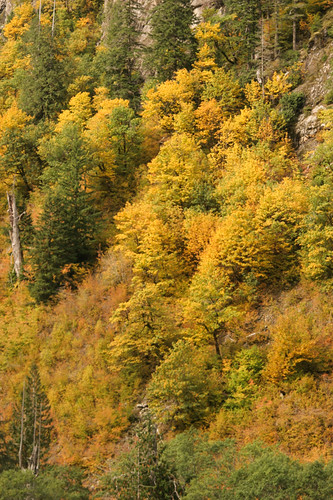 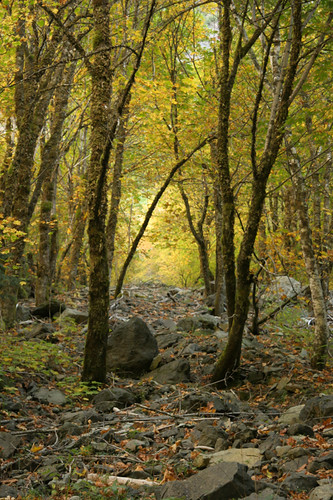