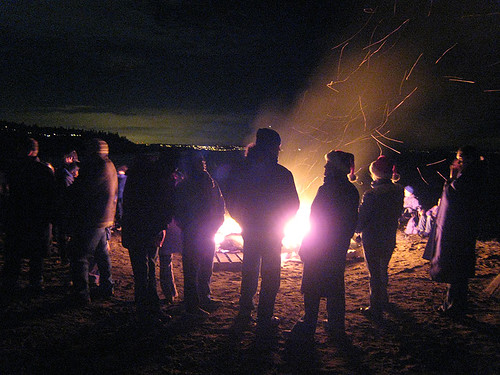 The great thing living here in the Puget Sound area is the tradition of the Christmas Ships. Many of the live aboards will decorate their ships with Christmas lights. Each marina has a special night where the boats will go out along with a large party ship to sing carols to groups gathered on shore.

We’ve been going for the past 5 years and it is great fun. The boats will gather at the Edmonds Marina and then travel south to Richmond Beach Park in Shoreline where there is a large bonfire. In the past, there have been two large bonfires but this year there was only one. We suspected it was another sign of hard economic times.

And it was crowded this year. Last year, it was freezing cold – 28 degrees. We think that might of kept the crowd down a bit. But this year, it was warmer – 40 degrees. Or maybe families were looking for free entertainment. 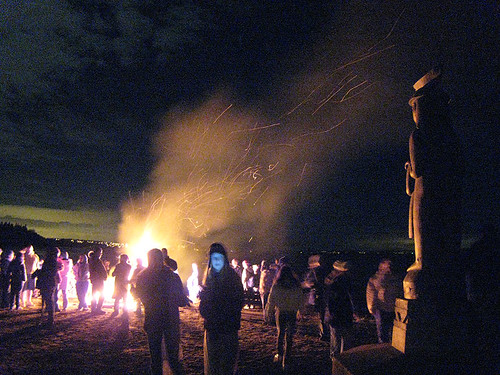 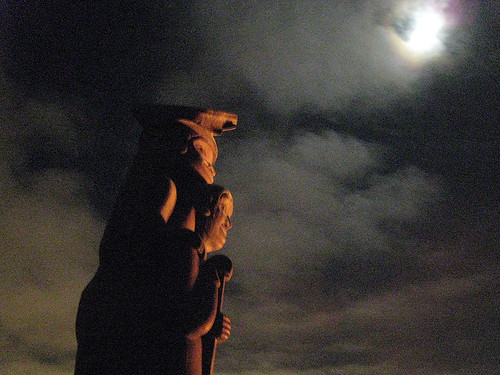 Totem in the moon and firelight – Richmond Beach Park – Shoreline