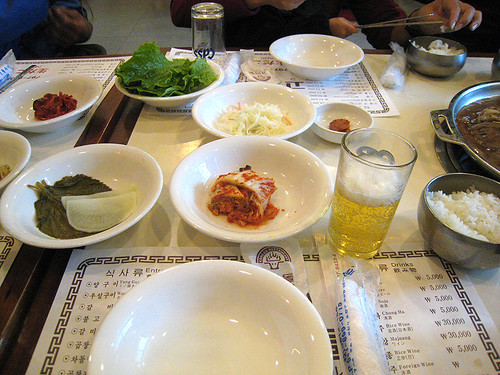 What to choose… what to choose…. Foreign has so many ways and places for interpretation. We love to travel to foreign countries. According to Webster dictionary, one of the definitions of foreign is alien in character. We travel mostly to western countries which end up not being that foreign.

We made our first trip to Asia last year. We traveled to Borneo Malaysia. It could definitely be considered foreign but since they spoke a fair amount of English and we were familiar with Southeast Asian cooking, it was not that foreign to us.

But we did have a layover on the trip back from Borneo to Seattle in Seoul. Asiana airlines provided us with the option of taking a free day tour of Seoul. It was the perfect way to experience a country very foreign to us.

Korea uses the Hangul alphabet which I can not read. The area I live in Seattle has a large Korean population but I have not explored the restaurants or stores. We knew very little of the culture or cuisine. I’ve seen signs on Korean restaurants – “Bibimbap“, “kalbi”, “Kimchi” and “Bulgogi”. But all the dishes were totally foreign to me.

We stopped for lunch during our tour at Bulgogi restaurant. Bulgogi is thin slices beef in a soy sauce marinade that are quickly grilled or sauteed. First we had to figure out what G would eat since he does not eat meat. He could try Bibimbap. He wasn’t too enthusiastic but would give it a try.

We arrived at the restaurant and had to take off our shoes before entering. We were escorted into a separate room where there was a long low table with burners and it was lined with pillows. Oh my goodness – I was going to have to sit on the floor. I’m not that flexible any more and it was definitely a foreign experience to eat sitting on the floor.

We found a place and set down. We ordered drink. G and I ordered a Kass beer which we had on the flight. The servers sit down an amazing array of condiments – non of which I recognized. They then brought the marinated beef which they set on the burners which were between every other party. They fired them up and the scent of soy-marinated beef filled the room. Yum!

The beef was cooked in no time. The servers came around to cut it up with a pair of scissors and chopsticks. Another couple on the tour was familiar with bulgogi so they showed us how to eat it. Take a piece of lettuce, put a bit of rice on the lettuce, a slice of the bulgogi meat and add your spices. Kim chi – a pickled cabbage spiced with hot peppers; Ssamjang – a spicy paste, pickled turnip and many other items foreign to me.

It was delicious! I loved the soy-sweet taste of the beef. It is not as good as kalbi which I absolutely love but not bad. G thought the bibimbap was ok. I think it was a little too foreign for him. I would love to try bulgogi again and there are a couple of places near by to try. But I have to admit – it was very foreign to us. 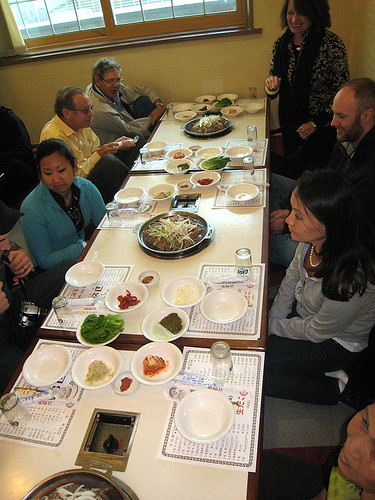 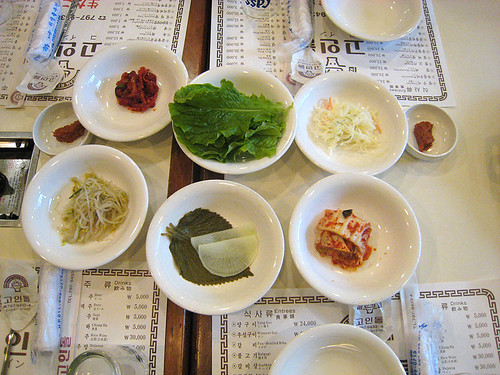 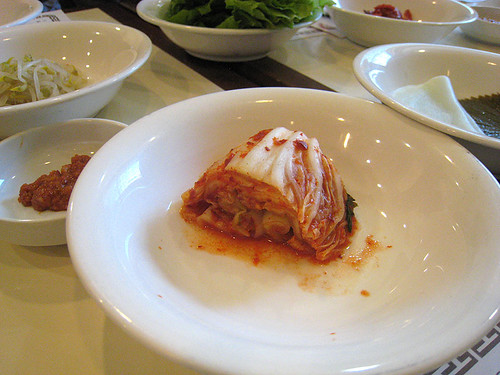 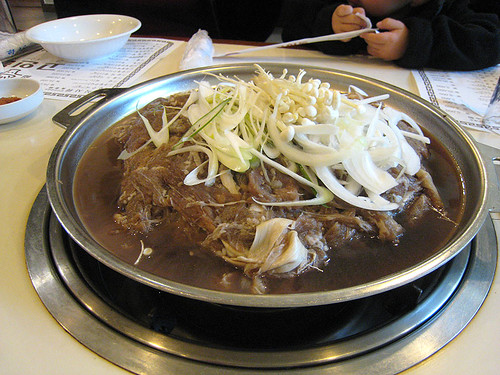 Bulgogi cooking at the table 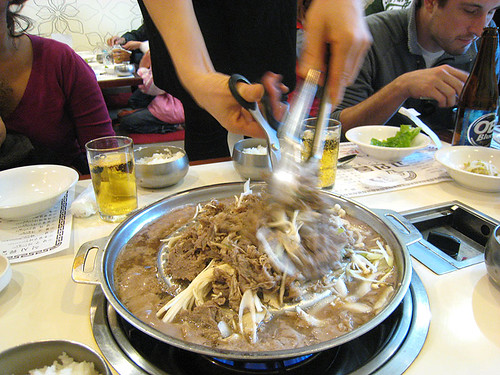 If you want to know more about this dish, check out these video from Epicurious on bulgogi.

Around the World in 80 dishes – Korean Bulgogi