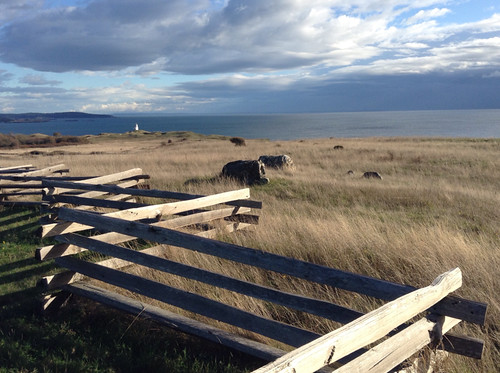 Sunday dawned sunny and a bit chilly. We could see some clouds in the distance and knew it would probably be off and on sun. We wanted to hike Mt. Finlayson in the American Camp section of the San Juan Island National Historical Park. We made a sandwich and headed out after our breakfast.

We drove into Friday Harbor to pick up some sauce for dinner. The drive to American Camp area was about 20 minutes. The trail head is at the turnoff for Jackle’s Lagoon. There are two options, to the right which crosses the grassy hill side paralleling the Cattle Point Road with vistas across the strait to the Olympics. The left went through the forest to Jackle’s Lagoon and then up to the summit. Since it was sunny, we took the right.

The vistas grew as we walked along the edge of the forest on one side and the water on the other side. The grade was gentle. I kept turning around to watch the vista over South Beach.

It is a short 1.3 miles to the summit and a junction to the left to Third lagoon. We went a bit farther to see the views over Cattle Point.

The trail dropped sharply in the dense forest shadow. It is a short .25 miles until you reach the other trail and a spur off to Third lagoon. The trail loops back to the parking lot. It splits off into two trail – one down to Jackle’s Lagoon and the other up and down through the forest. We chose the option to Jackle’s Lagoon although it is more of a marshy cove.

It was a short way further back to the car. We decided to eat lunch at South Beach. But first we had to stop and watch the rabbits and foxes running and playing on the prairie along Pickett’s Lane. The foxes were beautiful – both red and black but all with distinctive white tipped tails.

After lunch, we drove to Cattle Point to see the lighthouse although we didn’t walk the short trail. We returned back to the visitor’s center before returning back to the cottage.

Along the Mt. Finlayson Trail 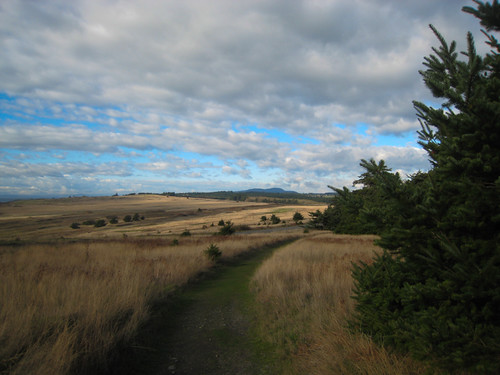 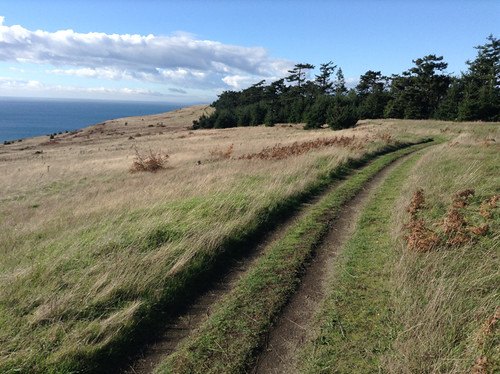 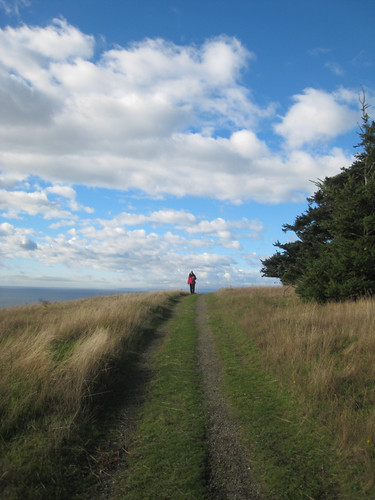 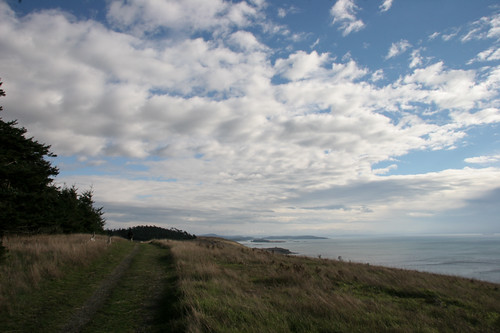 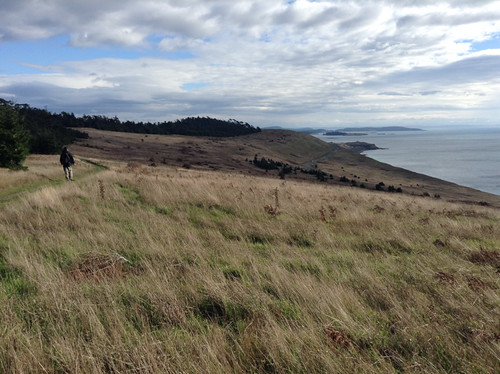 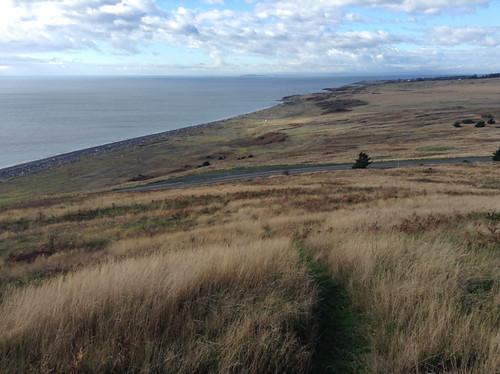 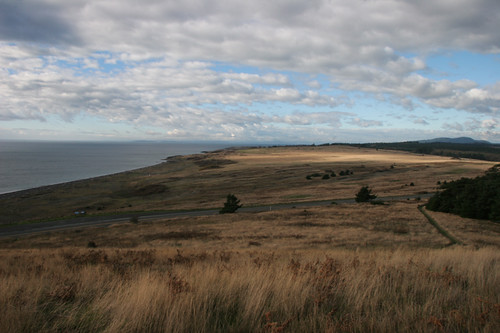 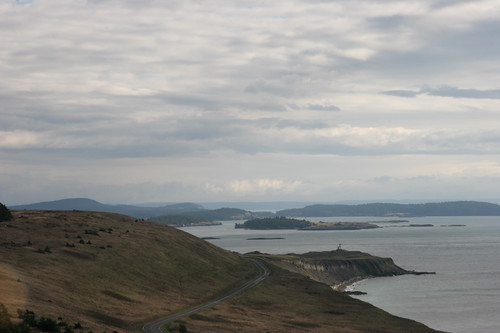 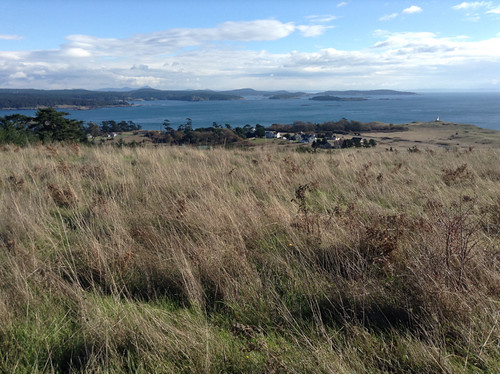 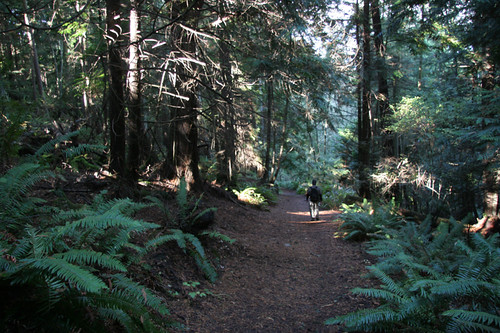 Through the forest from the summit down to Third Lagoon 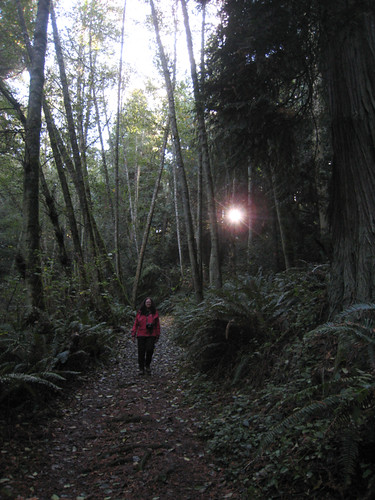 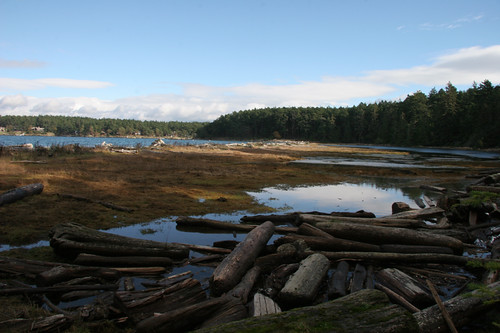 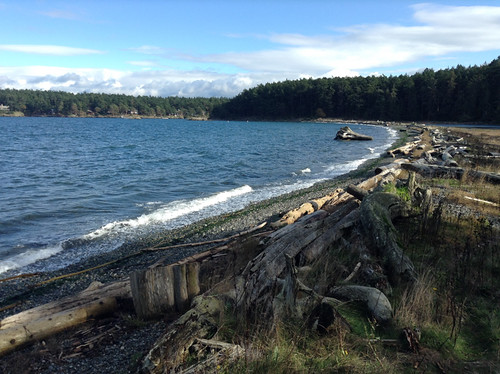 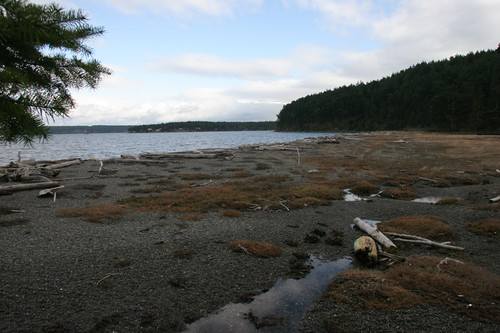 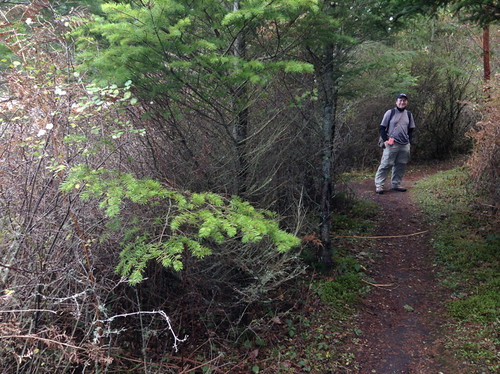 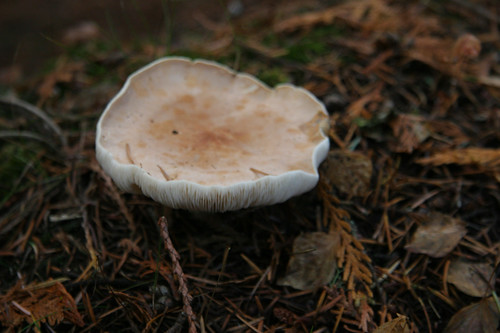 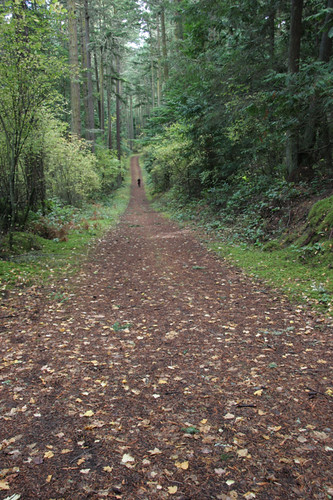 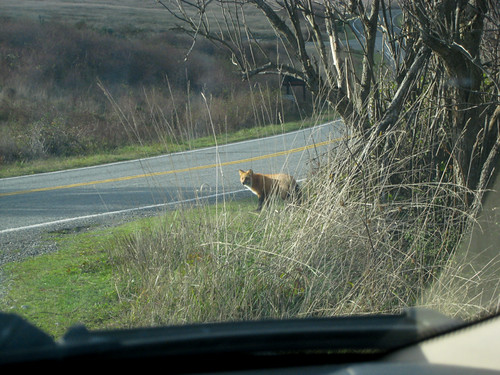 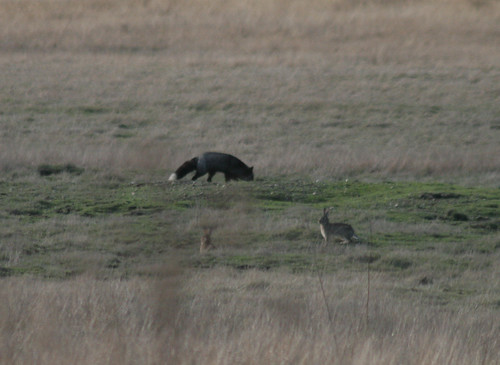 Fox on the prairie near South Beach 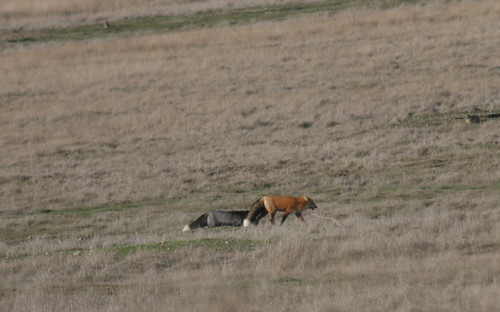 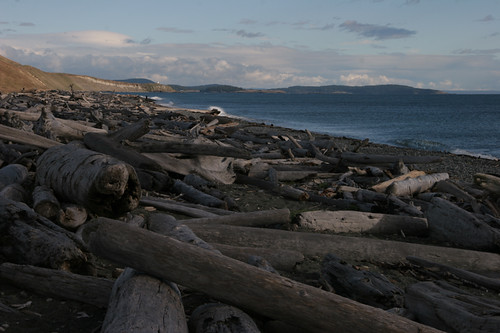