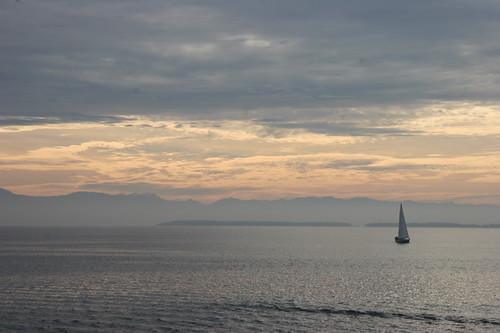 We traveled to the San Juan Islands a couple of times when we first moved to the Pacific Northwest way back in the seventies. We had a memorable camping trip to Orcas and took our bicycles to Lopez in the nineties. But we haven’t been back.

You can only get to the islands by ferry. In the summer, the lines are long and the cost is high. But for some reason, we had not considered going over off-season until this year. I had a couple of extra vacation days so I took two off – November 10 and 11th and started planning.

I wanted to have an easy ferry commute so we decided to go on Saturday and return on Monday. This way we would miss the lines on Sunday. Current cost is about $56.00 for a car and passenger round trip.

Next to find a place to stay. At first, I thought about staying in Friday Harbor. There were several interesting hotels close to the ferry and one or two rentals downtown. I was all for staying there until someone mentioned the noise from the ferry and the ferry traffic. Hmmm… let’s look elsewhere.

I love a good sunset and I had found a great place on the westside but it was really too big for just a couple. I found Windance Cottage which looked perfect. It is cottage built on a large west side property. The owners were great to work with and we booked it.

The weather in November is always variable. We watched the forecast and 10 days out it was looking pretty good. Friday was beautiful and sunny but Saturday dawned foggy. Oh well… at least there was no rain in the forecast.

You are a slave to the ferry schedule. There were two in the morning and then nothing until later in the day. I wanted to make use of our Saturday so we agreed to get up early and leave by 7am for the hour and half drive to the dock in Anacortes. It was actually a bit less and not a lot in line so we could have left a little later. We were at the dock by 8:30 – plenty time for the 9:30 sailing.

It was still overcast which created a very atmospheric sailing. By time we reached Friday Harbor the sun was trying to break out. We arrived by about 10:45. We decided to drive up to Roche Harbor. It only takes about 15 minutes but it was sunny. There is a great garden at the Hotel de Haro. Salvia, Edgeworthia, Fuchsias, beautiful ginkos in brilliant yellow. We walked around the dock and then headed back to Friday Harbor for lunch. We decided to eat at the Cask and Schooner which was recommend by our rental. It was very yummy. I had a lamb burger and G had fish and chips. They had 60 minute IPA by Dogfish on tap which G had and I had a fresh hopped IPA from Brickyard Brewery in Woodinville.

We still had a little bit of time to kill before the sun started going down so we headed for Lime Kilm Park. It is a short walk to the sound where typically you can see Orcas but it is not season. But the lighthouse was very striking.

It was just a short drive to the cottage. It was everything we expected. We got the heater going and unloaded the car. I walked to the shore and watched the sun set before heading back to the cottage for dinner. We were not that hungry so we had soup which warmed us up before watching a video and heading for bed. It was so quiet and peaceful – the perfect getaway. 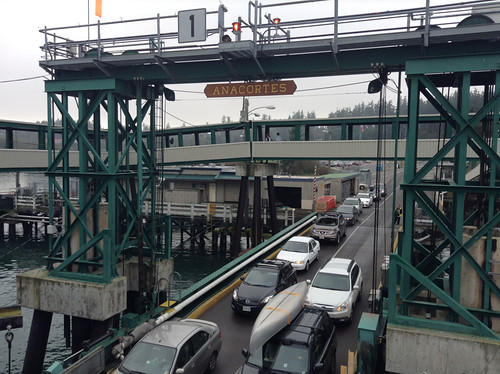 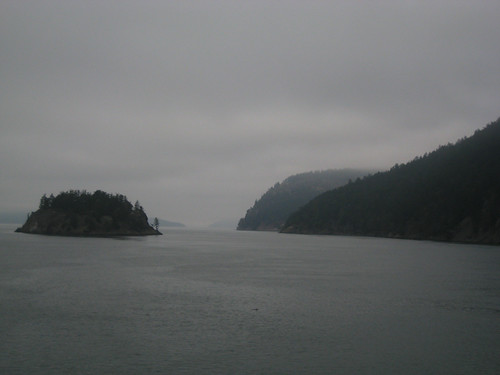 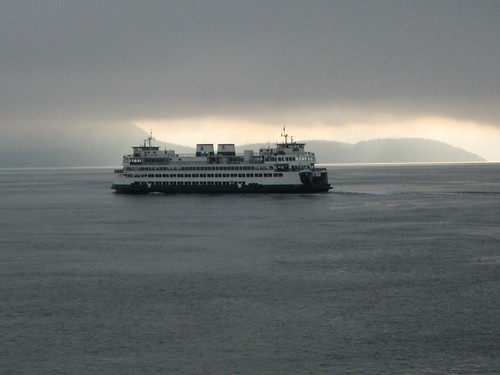 Ferry heading back to Anacortes 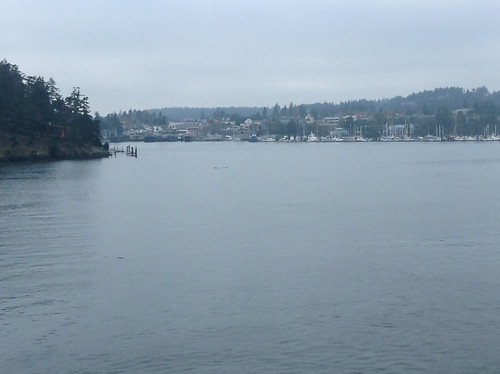 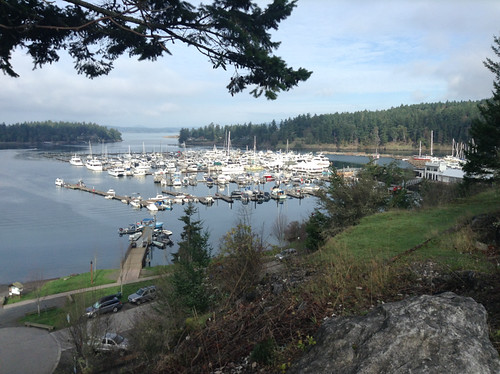 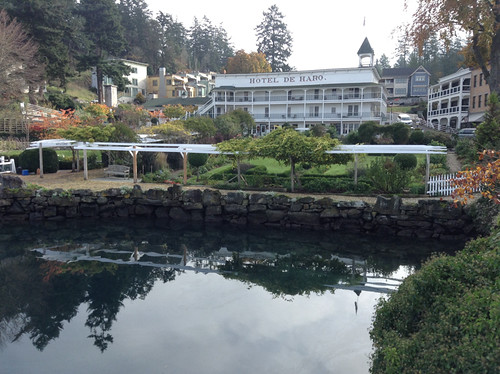 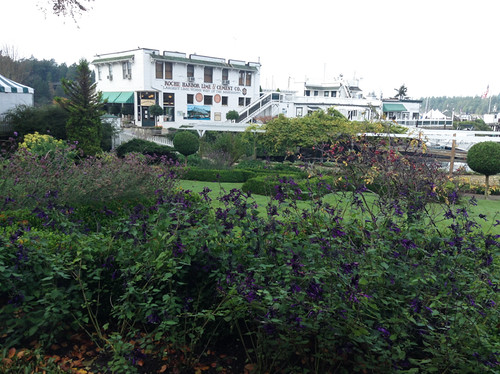 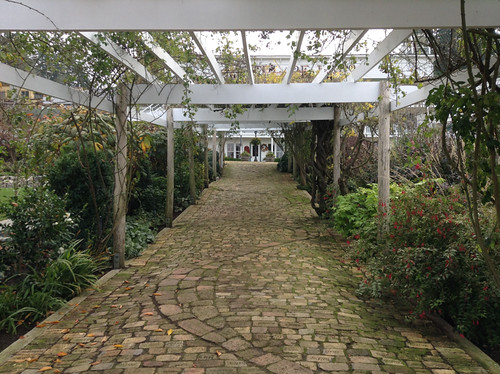 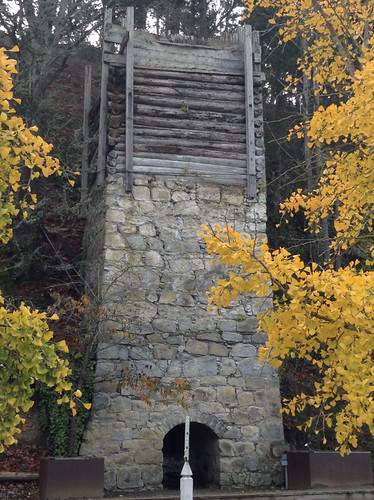 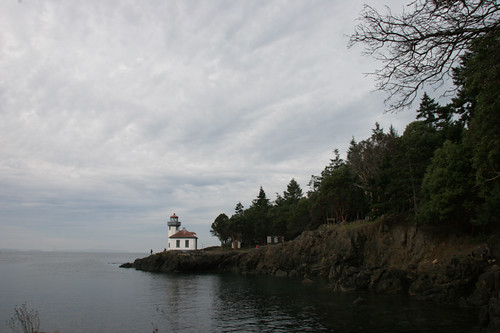 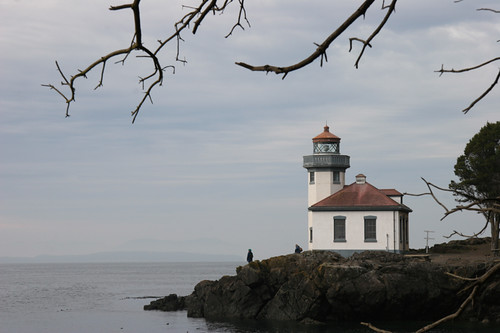 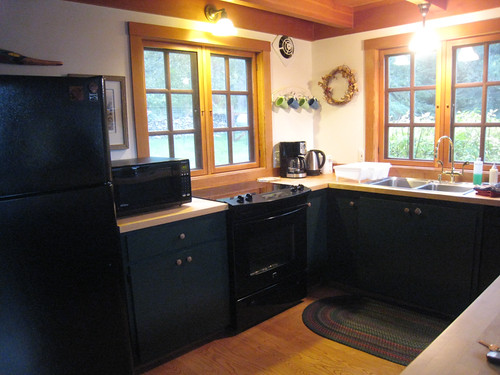 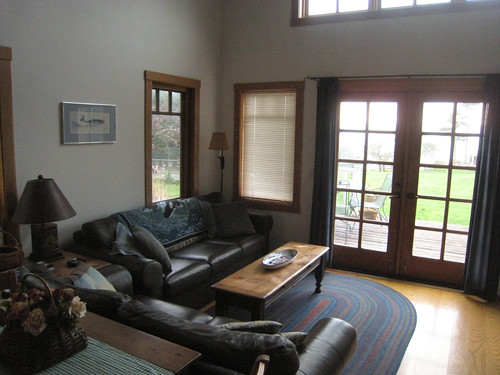 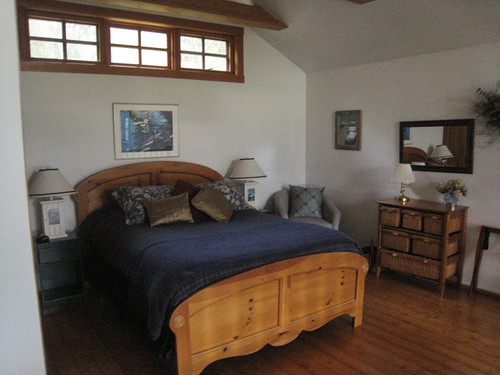 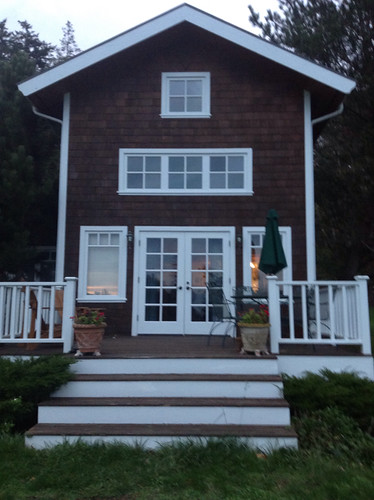 Sunset to end a wonderful day 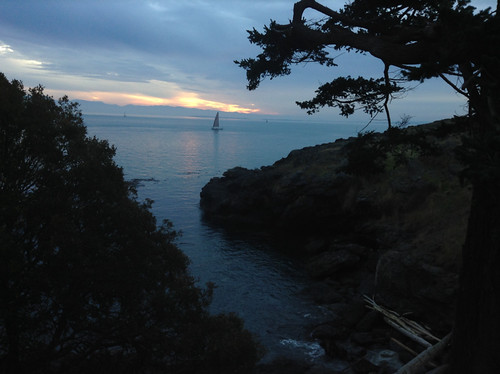