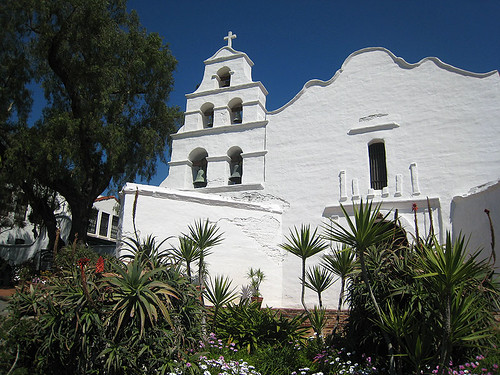 You can not grow up in California without learning about Junipero Serra and the Spanish Missions. I learned about the different explorers who touched California in the 4th grade. Many countries came to California looking exploit the riches of the area. Sir Francis Drake and the Golden Hind potentially explored Point Reyes in Northern California. Bering explored similar areas for the Russians.

But it was the Spanish that were successful at colonizing the West Coast of the New World. Juan Rodriguez Cabrillo touch down in what is now San Diego in September 28 1542 and claimed it for Spain. It was not until the late 1700’s that Spain sent missionaries to the New World to establish settlements. Junipero Serra founded the first church in California at San Diego on July 16, 1769. It was later moved inland to the current site in 1774 to be closer to water.

I have been fascinated by these men who decided to leave their homeland for unknown lands. We visited Spain in 1985 and toured the area of Extremadura. How similar the land with golden rolling hills dotted with trees. I’ve often wondered what they thought when they traveled inland in California and found areas that reminded them of Spain.

The first mission founded was in San Diego. I finally got a chance to visit it during the Slow Travel get together. Here are some photos of the beautiful small first mission of California. 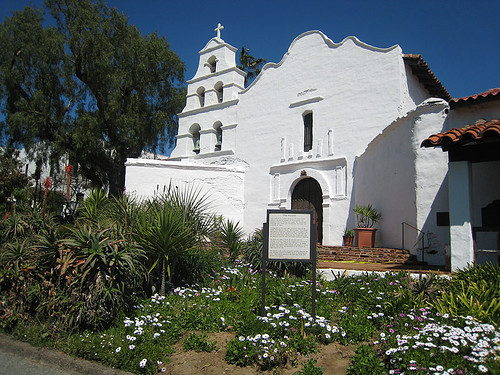 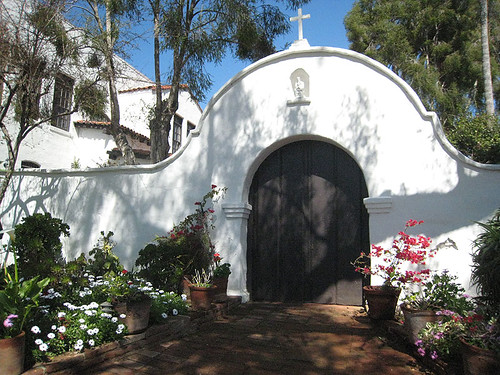 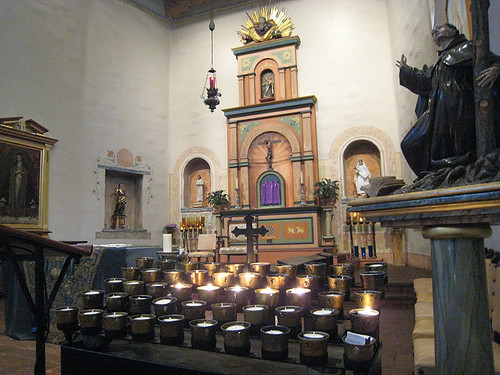 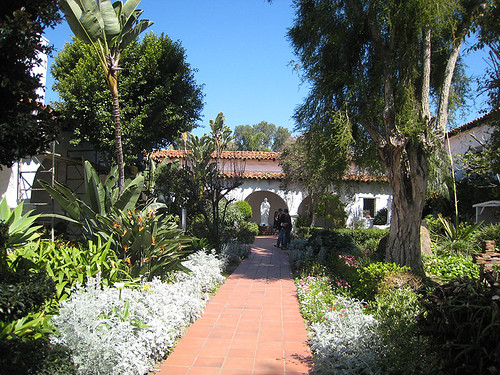 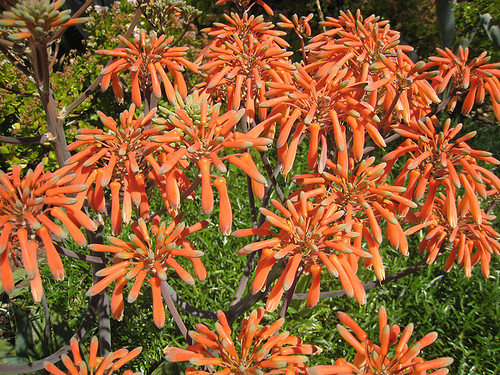 Spring blooming Aloes in the garden 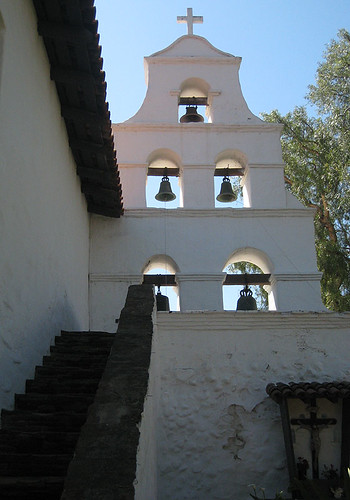 I love the bell towers at all the missions 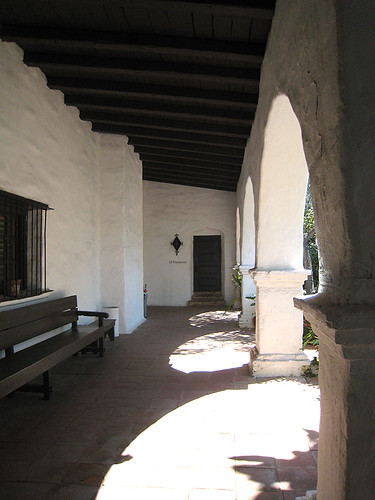 And the lovely loggias 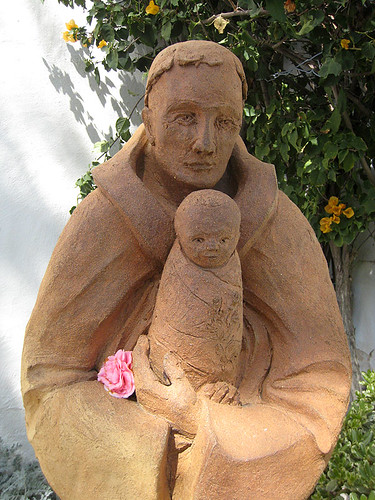 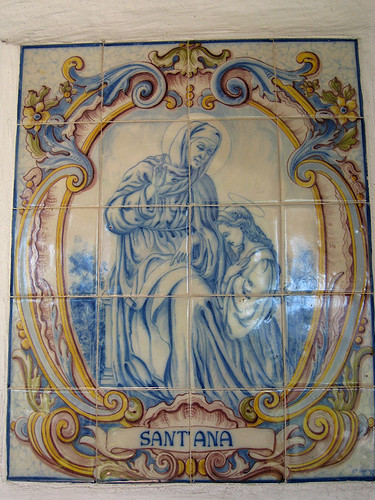 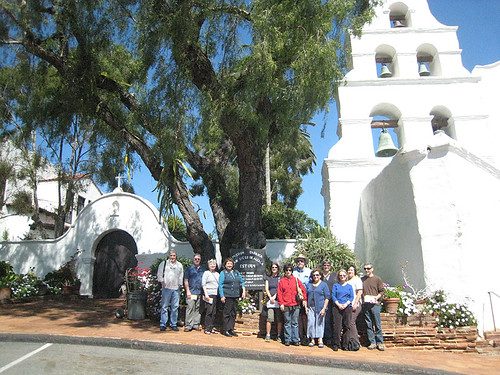 Slow Travel group outside the mission