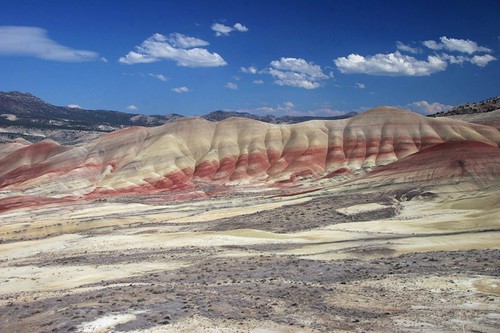 Monday we were up early and had our breakfast in the cottage. We brought along most of our food since we were going to be camping after our stay in Bend. Around 9am, we headed out for John Day Fossil Beds. I have seen some stunning pictures of the unusually colored and shaped hills in the monument. It is not really along the way to anywhere. We thought about stopping on the way back but realized it would not work out. So we decided to do a long day trip from Bend.

It is about 70 miles from Bend to the park Headquarters. From Bend, the road crosses the high desert juniper forest with the volcanoes peaks of the Cascades to the west before turning east at Prineville and climbing up into the Ochoho National Forest. The road was lightly traveled and very interesting. We arrived at the Sheep Rock Visitor’s Center just around noon.

The museum is the headquarters of the paleontology research in the monument. There is a wonderful museum detailing the fossils that have been found – many over 40 millions years old. It is a collection of plant and animal fossils – many of which are now extinct.

We brought along a picnic lunch and ate it at the Condon Ranch in the shade of a couple of apple trees. After walk, we drove a short way to Blue Canyon. We did the short hike up through the middle to see the spectacular colors of the rocks. It was hot so we didn’t stick around long.

We headed back west to the second section called Painted Hills Unit. We wanted to get there later in the days since the hills are layered in colors. We did a short walk and then headed back to Bend. We stopped at Fred Meyers to fill up the car and use our gas discount – $3.75/gallon. We stopped at Super Burrito for a couple of chile relleno burritos and relaxed the evening with a couple of local beers – Cascade Lakes Cyclops IPA and Three Creeks Brewery IPA. 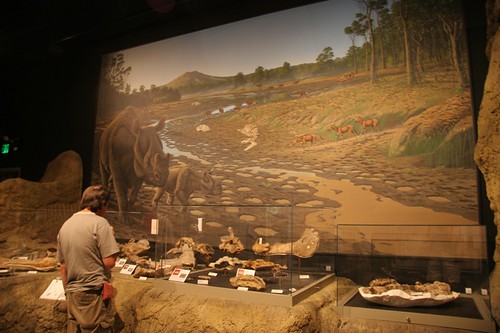 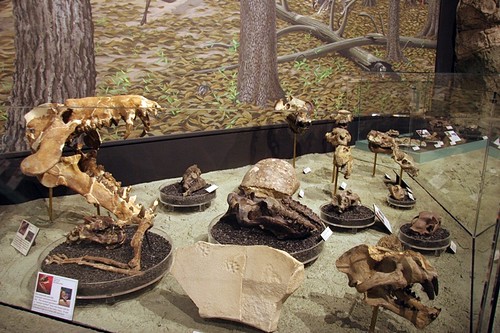 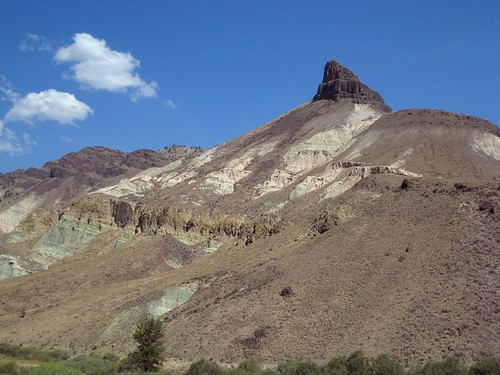 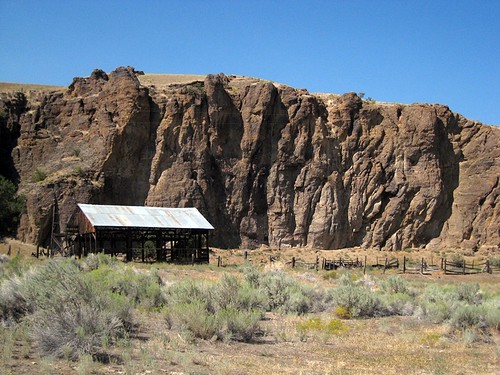 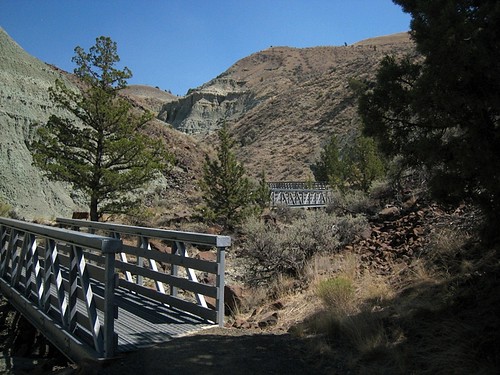 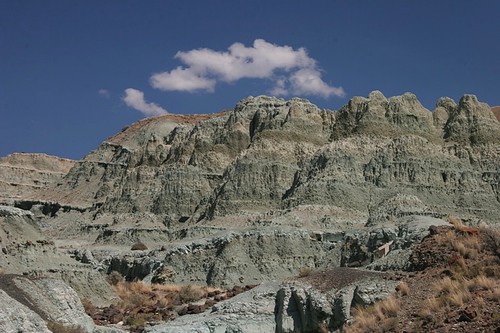 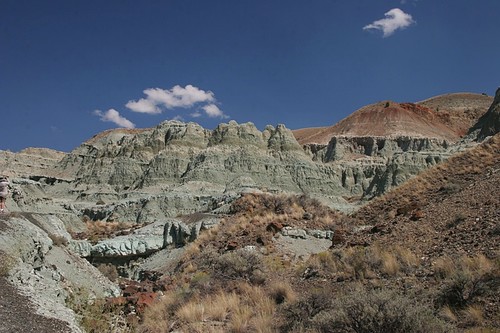 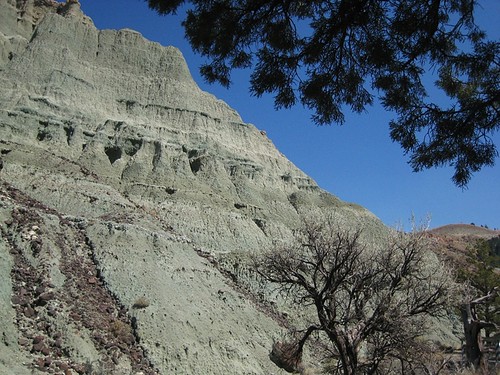 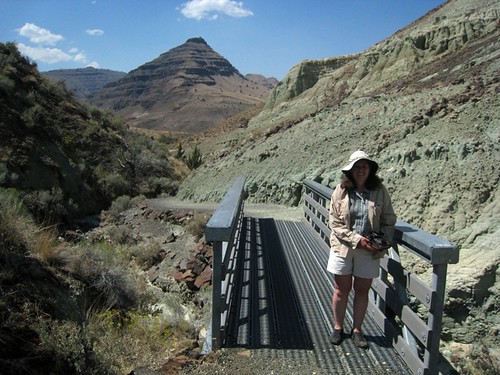 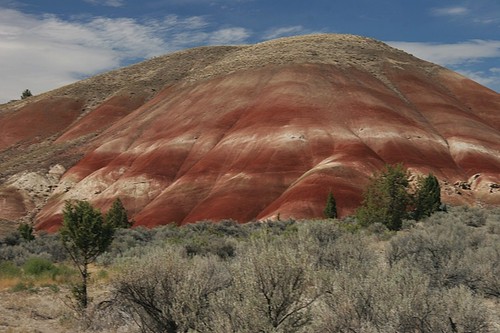 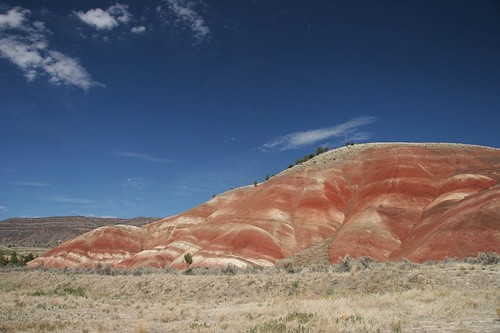 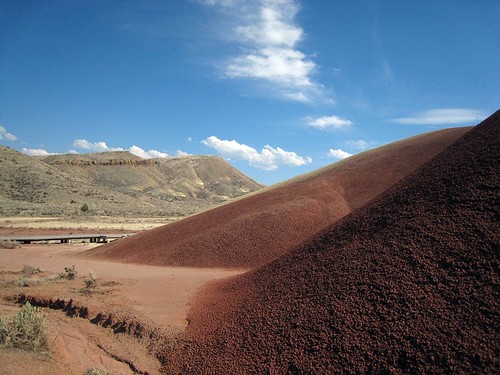 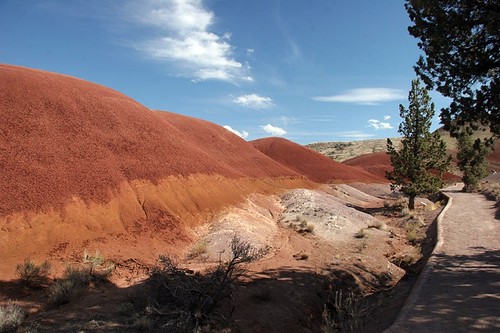 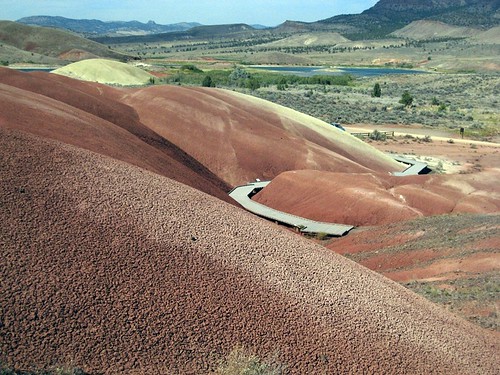 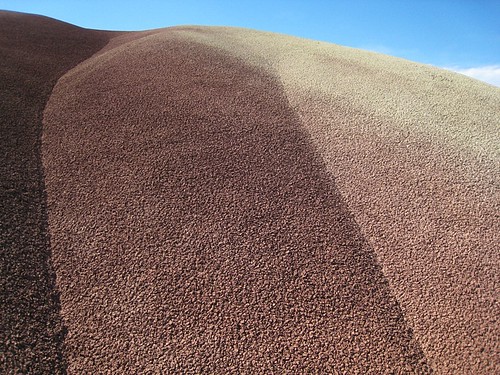