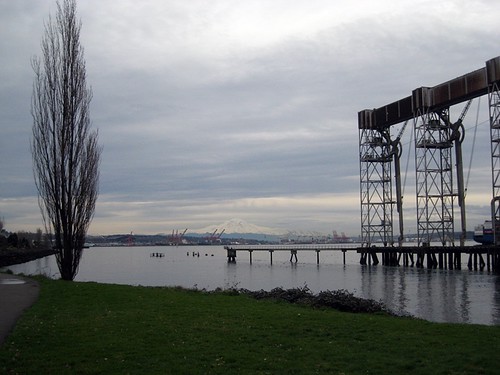 I have been wanting to walk along the waterfront. It is great walk no matter what time of the year but winter has its own magic. This walk is also a great way to sightsee along the more natural and artistic part of the waterfront.

We like to start the walk next to Amgen headquarters. There is a small hidden parking area and access to Centennial Park. It is also next to the Amgen Helix Bridge and I love the spiral design.

From here we walk south along Elliott Bay under the tall spires of the grain elevators. The rail tracks and cars separate us from the high tech office buildings along Elliott Way.

Centennial Park merges into Myrtle Edwards Park. Along the way there are several art pieces along with views of the old Seattle Post Intelligence Newspaper Globe.

Myrtle Edwards Park ends at Alaska Way and Broad next to the outstanding Olympic Sculpture Garden. From Pier 70 and continuing along Alaska Way, this is now the traditional tourist waterfront with restaurants, stores, Victoria Clipper, Edgewater Hotel where the Beatles fished from the rooms and is now a high end hotel. We went as far as Pier 66 where you can climb up to the top of the meeting rooms and one of the best views of Seattle over Bell Harbor.

We returned back the way we came spending a bit more in the Olympic Sculpture Garden. The Neukom Vivarium was open which is a interesting art piece for a nature lover. It is a Western Hemlock tree that fell and was moved to the building to be a nurse log. The live changing log is installed into the beautiful tiled building for visitors to explore.

Overall the walk is about 3.3 miles round trip. You can extend it by walking further along the waterfront and exploring other Seattle sites such as the Seattle Wheel, Ferry Dock and Ye Olde Curiosity Shop. 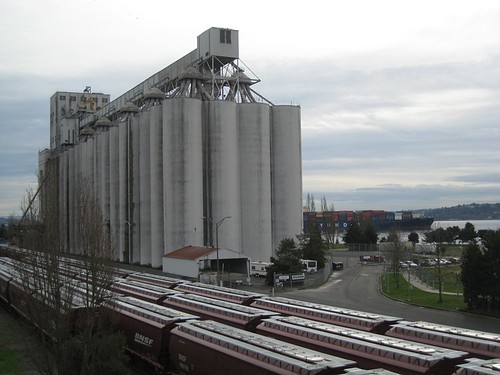 Centennial Park and Elliott Bay Grain Elevators next to Amgen 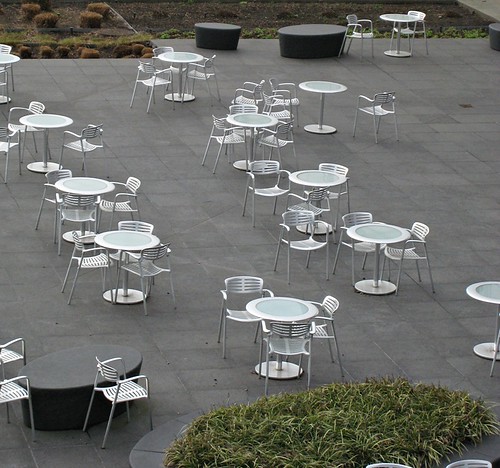 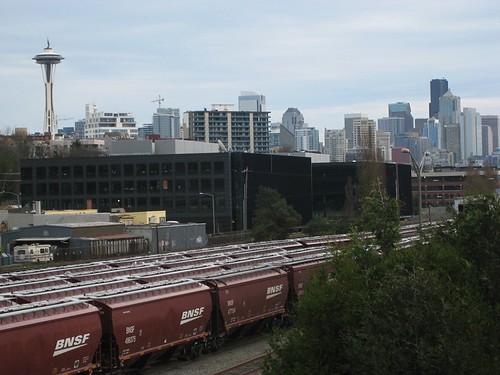 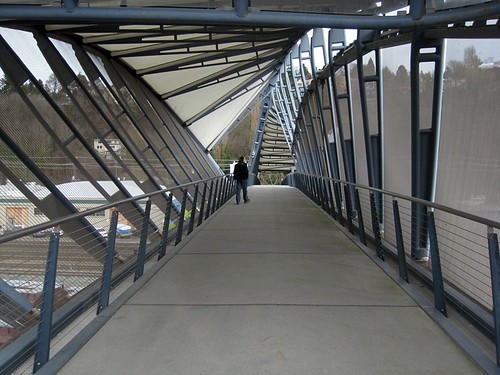 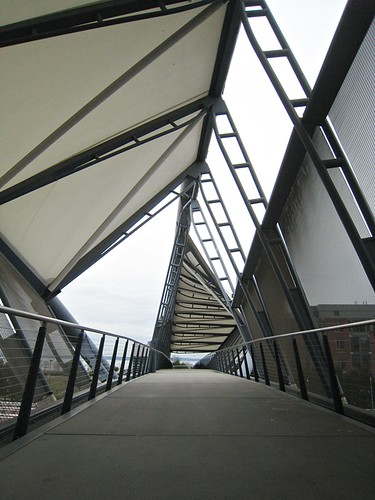 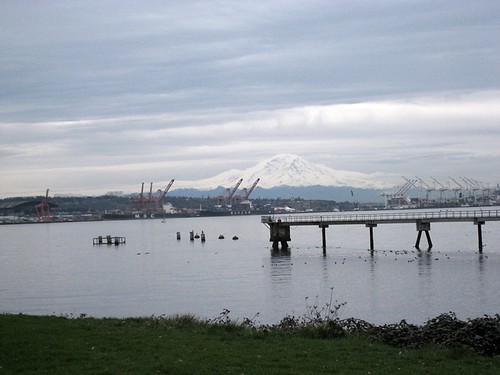 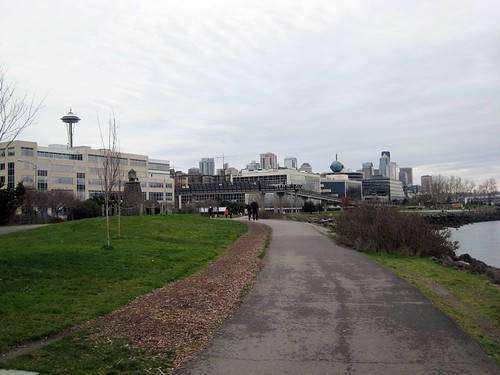 The path is wide and paved. There is a separate trail for bike riders which separates the trail from the walkers and joggers. 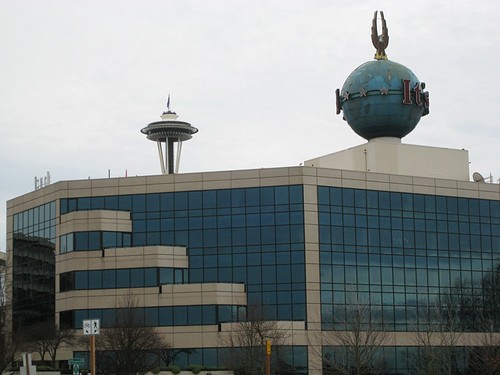 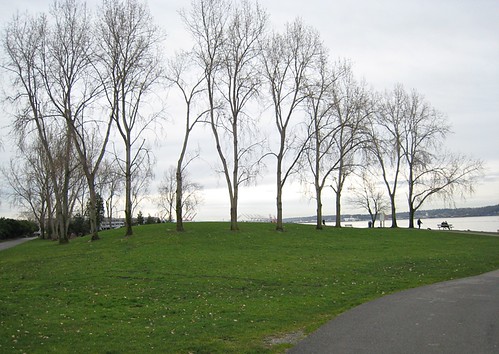 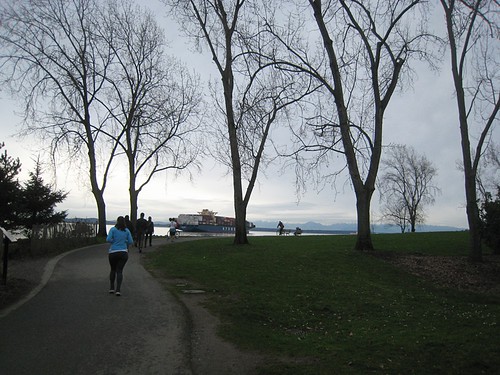 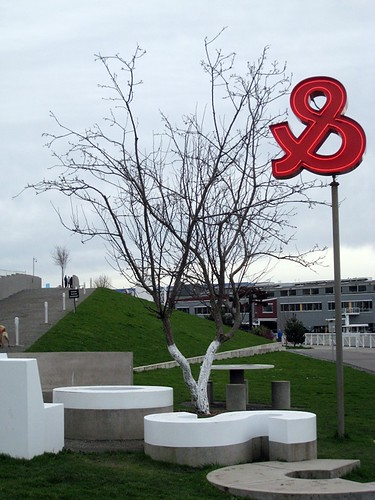 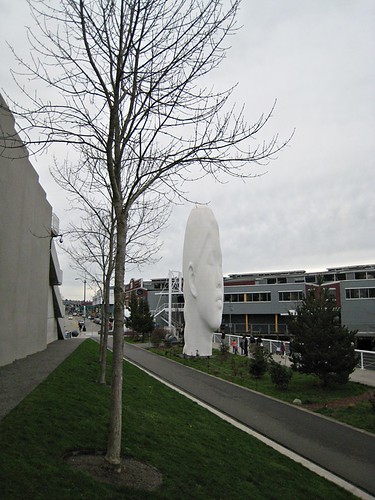 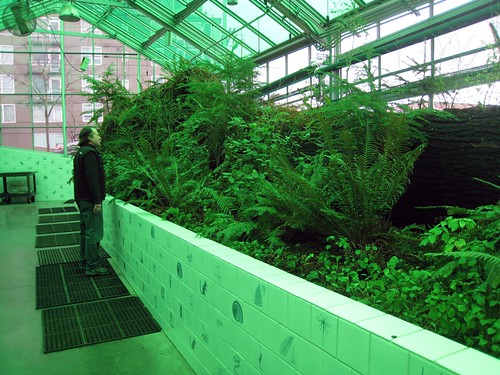 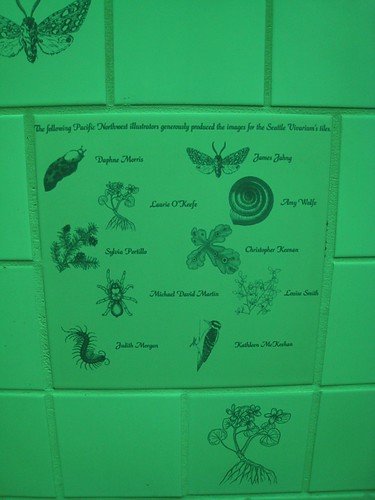 Tile detail in the Vivariam at the Olympic Sculpture Garden 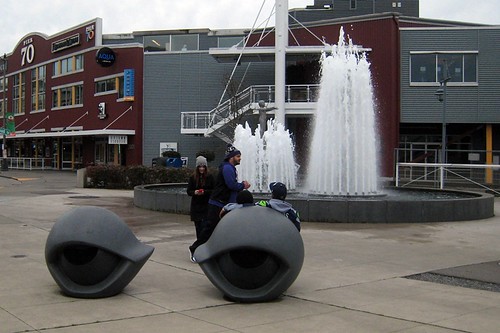 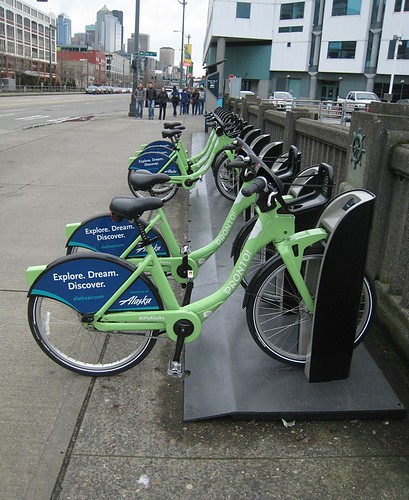 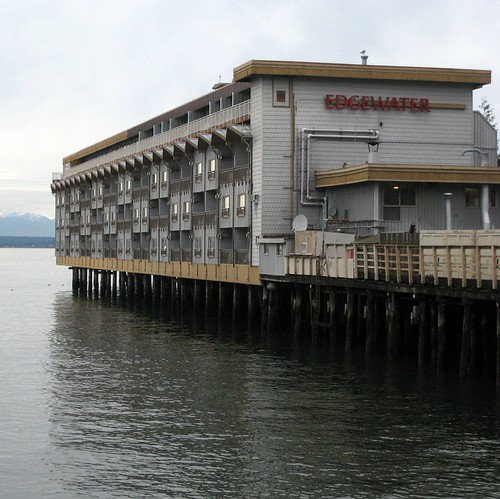 Edgewater Hotel – Fish from your window! 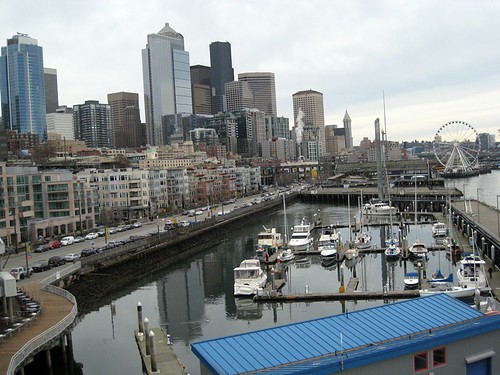