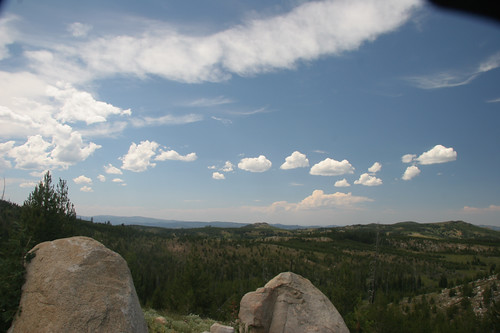 It it only 70 miles between Baker City and John Day where the lookout is located. But we decided to take the backroads. A great option is to take the Elkhorn Scenic Byway. It is a 100 mile loop which passes several almost deserted mining towns and also crosses the 7392ft Elkhorn Summit.

We did about a quarter of the loop yesterday when we visited Sumpter so to complete the rest of the loop we headed out from Baker towards Anthony Lakes. The morning was gorgeous and skies blue. The two lane road traveled west through the hay fields towards the small Baker Valley town of Haines. The Elkhorn range towered over the valley floor to the south. The road turned south and soon we were climbing towards Anthony Lakes. The road is excellent and the grade makes the 5000ft climb in 10 miles to Anthony Lakes. We had fun with our altitude app and watched the feet as we climbed. The Honda made it without a problem – just a little slow.

We returned to the lake and found out that we owed a parking fee. Even with a NW Park pass, you still have to pay to park. We paid our parking fee and then found a table for lunch.

It is just a short distance from Anthony Lakes to the Elkhorn Summit. It was kinda disappointing since there are no vistas near the top. A short distance down, there was a pull-off with a great view to the west. We were keeping an eye out for wildflowers and found a great patch of mariposa lilies.

We soon were back in Sumpter and shortly after joined in to Hwy 7. We were on the look out for the ghost town of Whitney which was just off the road. It was an interesting quick stop before heading on to John Day where we stopped for a beer and an early dinner in 1188 Brewery. 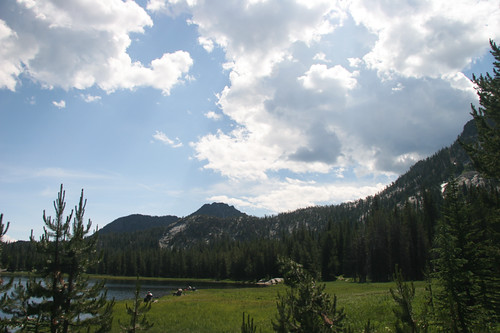 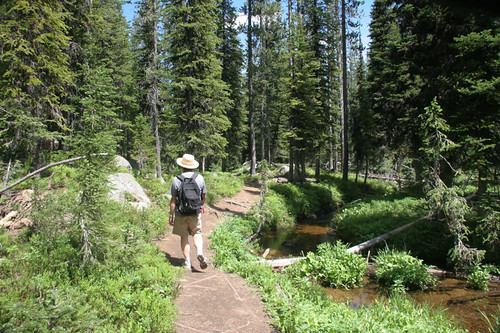 On the trail to Hoffer Lake 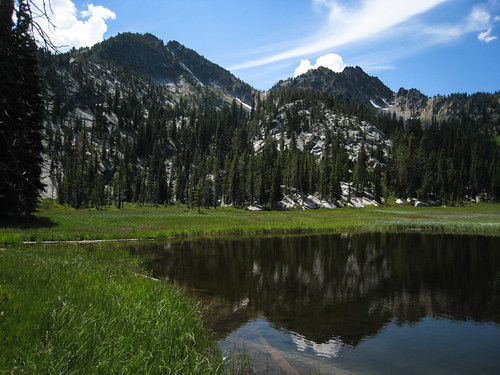 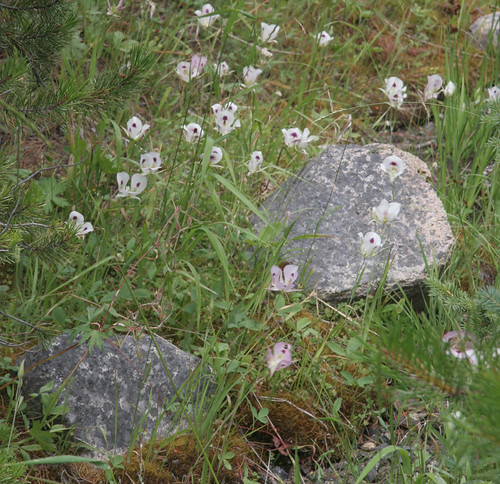 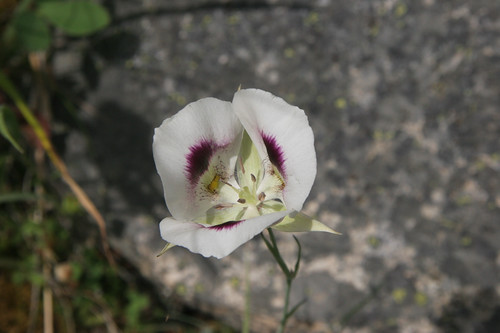 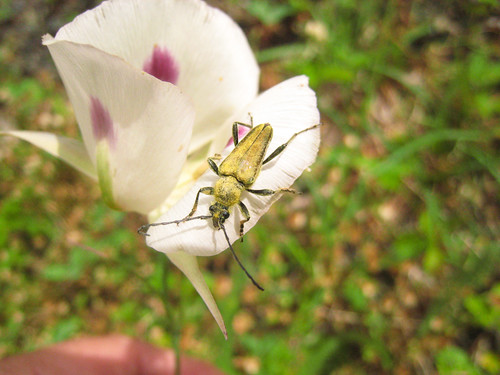 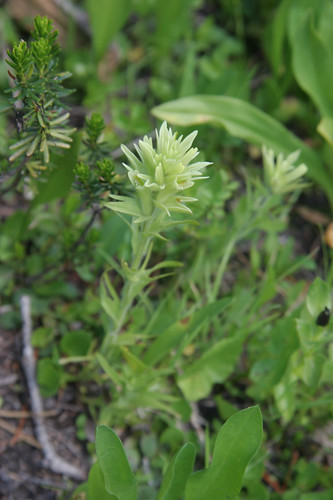 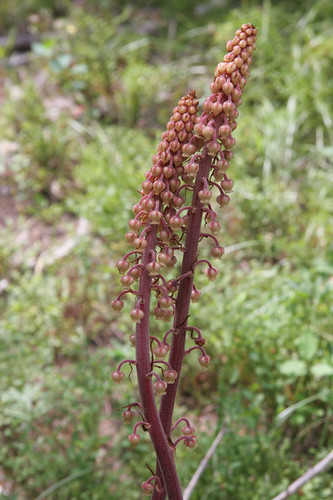 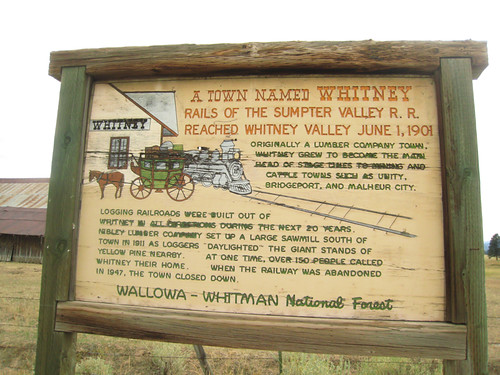 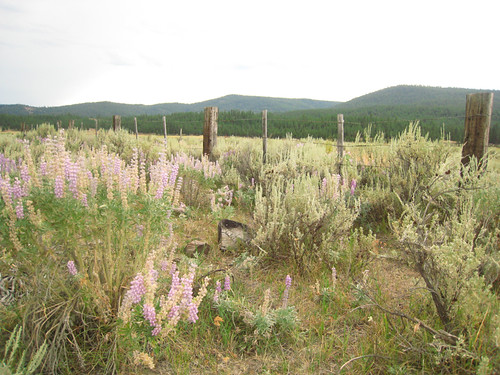 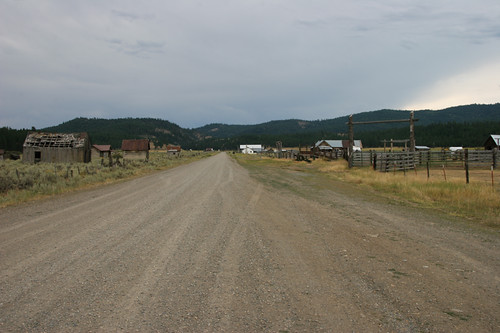 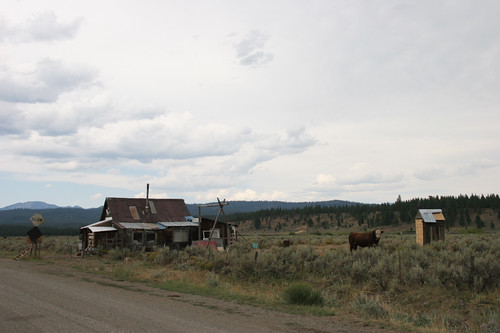 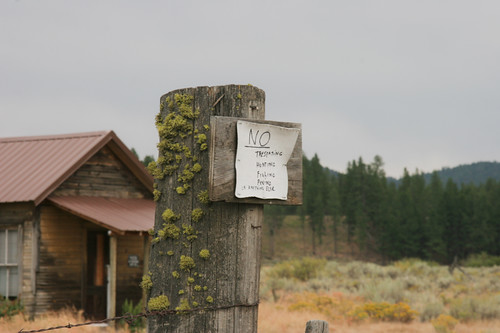 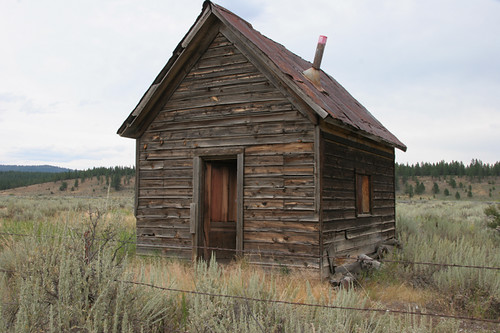 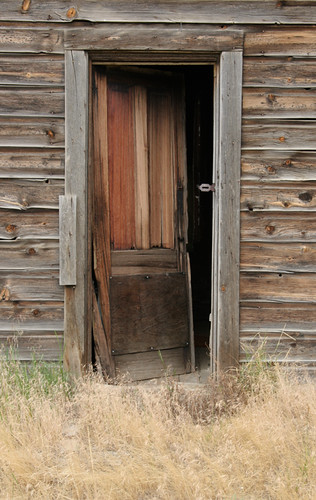 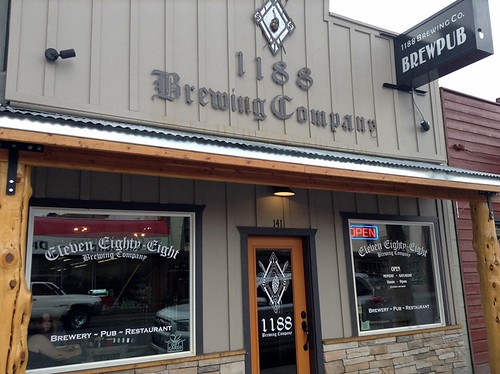