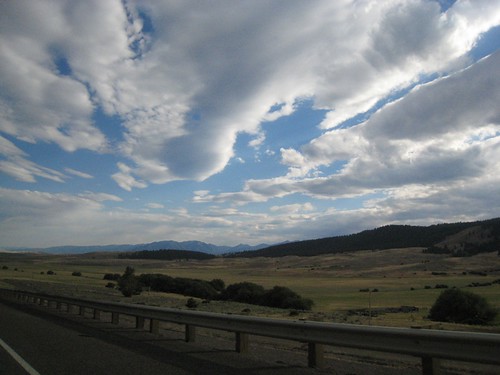 Sights from the car near Baker City

Day had finally come for our Eastern Oregon vacation. We headed out about 9am and we were in Eastern Washington by 11 o’clock. We stopped for a picnic lunch in Yakima at the Sportsmen State Park. It was so quiet even though it was a Sunday. The park was a good place to stop since it was about 2 hours from home and it has lots of large shade trees.

We stopped in Kennewick for our last Costco Gas fill-up and then it was on to the Oregon border. We knew we were in Oregon when we passed a Hermiston melon truck. It was also very sobering to see all the bunkers at the Umatilla Chemical Depot. This used to store chemical weapons but they have all been destroyed and it will soon be closed. We stopped in Pendleton around 4pm for an early dinner at the Prodigal Son Brewery. G had a tasty Ella IPA with a Bean Burger and I had a Wheatstock Hefeweizen with a cheeseburger.

The road climbed steeply and spiralled up to the top of the Blue Mountains and the pass. I was surprised a how large were the Blues. I could only imagine the hardships the Oregon Trail travelers had to endure having to cross these near the end of their journey.

The road dropped down into La Grande and we entered the large Baker Valley with the Wallowas to the North and the Elkhorn/Anthony Lakes area to the south. We pulled into the Best Western about 6:15. We watched a wedding take place just around the pool while we were waiting to check in and finally relax. 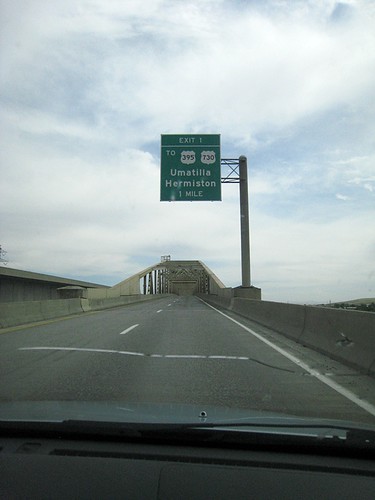 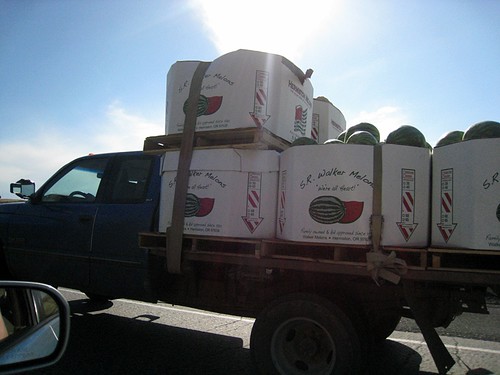 We knew we were in Oregon when we saw the Hermiston melon truck. They grow the best melons in the NW in Hermiston. 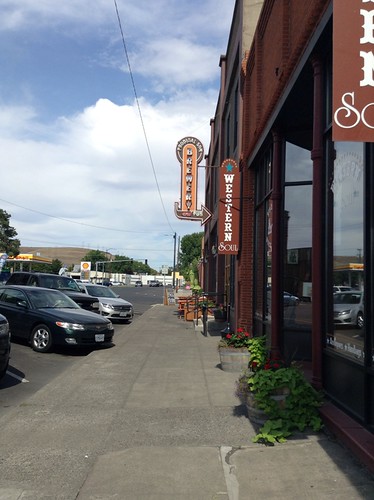 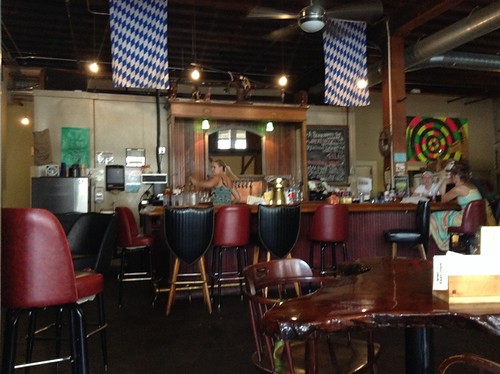