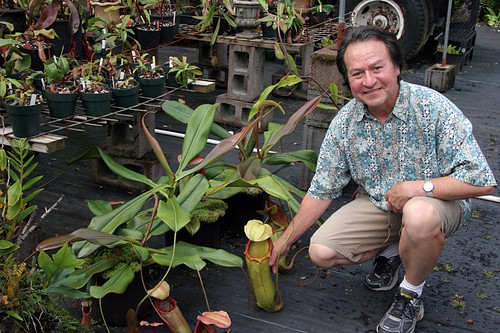 It was back bac in June when we were discussing where to go for a week. I had one more week vacation. We looked around at different options – Arizona, San Diego, New York, Hawaii. There were pluses and minuses for all. We weighed the cost of the airfare along with accommodation. Airfare to New York was pretty low but hotels in October are very expensive. Hawaii airfare seemed expensive when we first look at flying out on Friday/Saturday. San Diego was the temporary plan for a long time.

G has been growing nepenthes – carnivorous plants also known as pitcher plants. It was part of the reason why we went to Malaysia. He suggested going to the Big Island and visit Leilani Nepenthes Nursery http://www.leilaninepenthes.com/ . I decided to look at airfare mid-week. It was a lot cheaper – we’d just lose 2 extra days since we wouldn’t be flying over a weekend. But it was the winner.

We called Sam at Leilani Nursery. He would be able to show us around the nursery on Friday. According to Google maps, it was going to be a 3 hour drive from Kona to Pahoa outside of Hilo. We made our appointment for 11 o’clock and we were on the road before 8am just to be on the safe side.

Highway 11 is pretty congested south of Kona for a few miles. It was slow going for a bit and then the road gets windy before South Point. There are some interesting villages such as Ocean Vista where the houses are built across a lava bed. Once you past South Point, the hills become much greener and you start to realize you are now on the wet side of the island.
Two hours after leaving our condo, we arrive at Volcano. We make a quick stop for a break and to check out the park. We plan to return later to hike. We ask them how long the drive to Pahoa is. They said it would be 45 minutes to hour. We better get going.

We had used Google street view to locate the nursery. We arrived just before 11. What an amazing place. Sam was a gracious host showing us around the nursery and sharing stories about growing plants in the sub-tropics. We found out that he could ship to the mainland so G was like a kid in a candy story picking out a couple of plants to ship back.

We left after 2 hours and headed out to the coast. This area is a little wild. Our first stop was at Ahalanui Park where we ate our picnic lunch. We didn’t bring our suits so we couldn’t go for a dip in the hot springs but they looked very interesting. We continued on through the dense forest to the end of the road. It abruptly ends at a huge lava flow at Kalapana. If the volcano is active, there are trips from this point to see the lava flowing into the ocean. You can also hike across the lava to a black sand beach. It was time to head back. The weather was deteriorating and it was three hour drive back to Kona.

We made one more stop at The Star of the Sea church. It is another painted church dedicated to Father Damien and the lepers of Molokai. We filled our tank and headed north. The rain started coming down. We had one break and a beautiful rainbow before it downpour returned. It was dark, the road was narrow, the traffic was thick and I couldn’t see. It was definitely a stressful drive for the last hour. 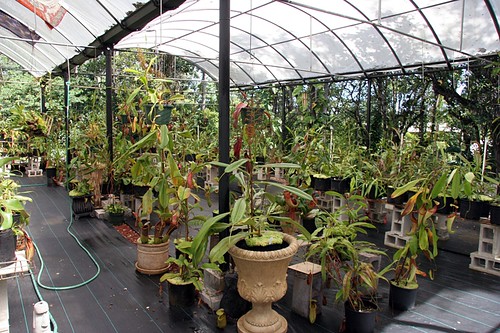 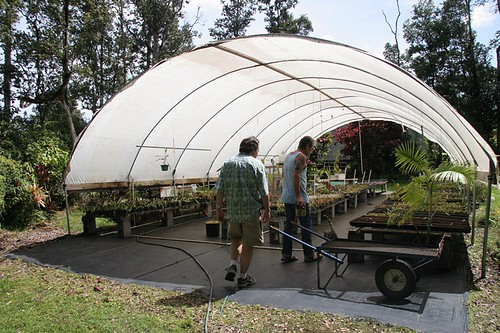 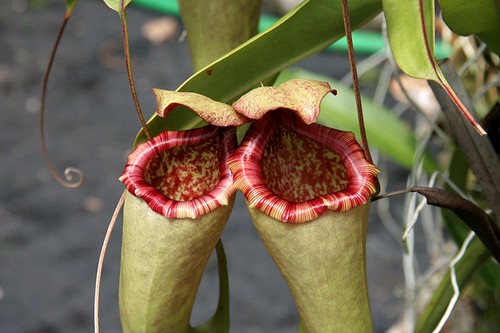 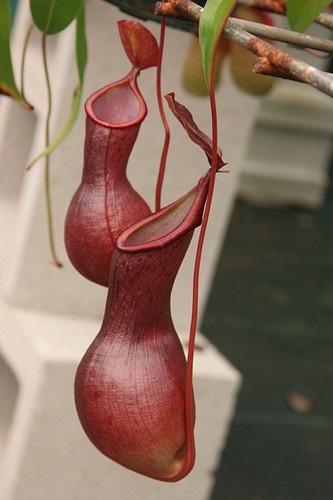 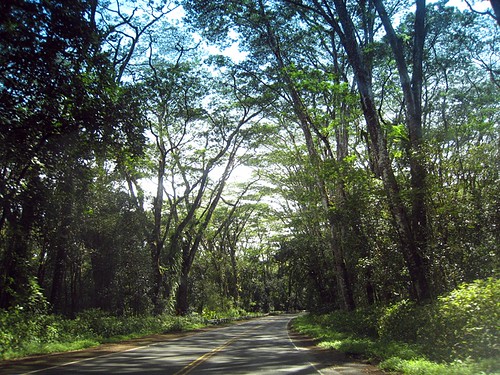 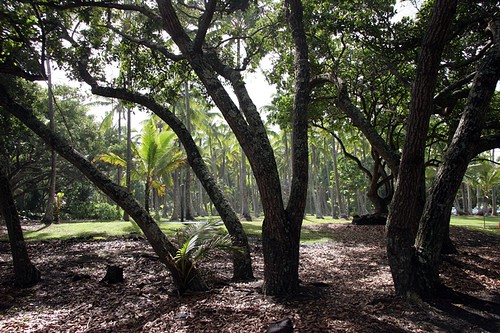 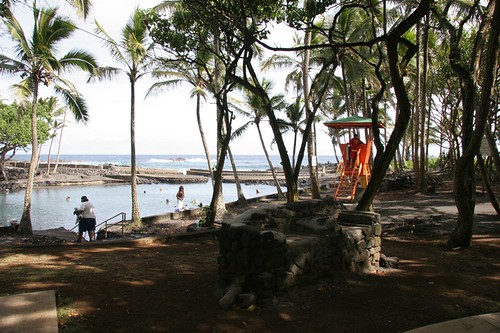 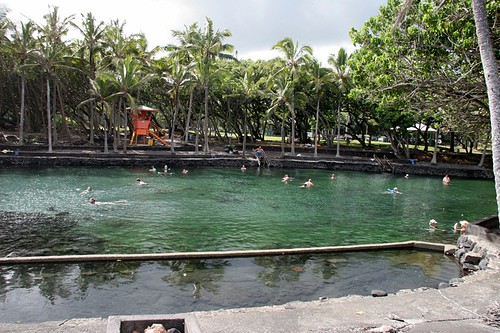 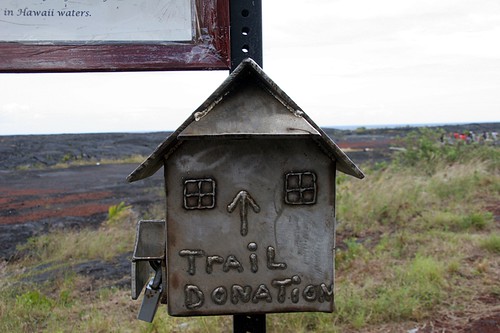 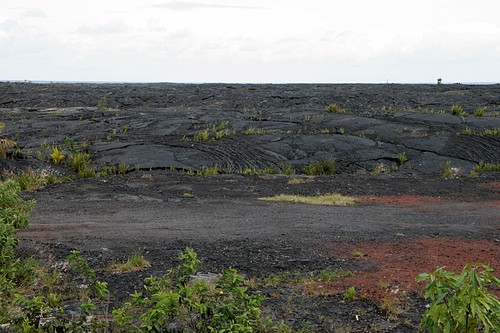 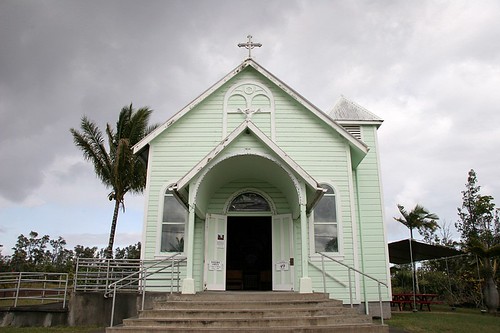 Star of the Sea Painted Church 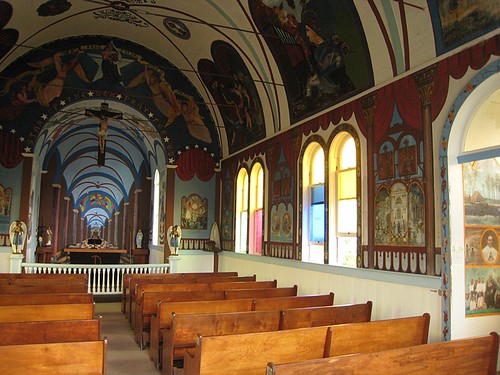 Star of the Sea Church interior 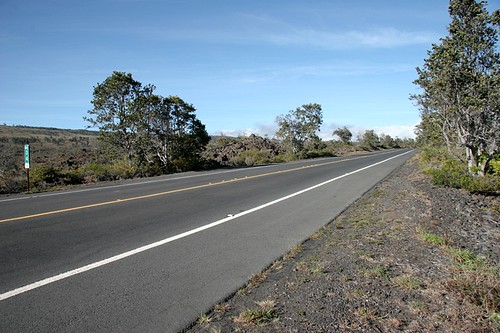 Beltway Highway across the lava just before Volcano National Park 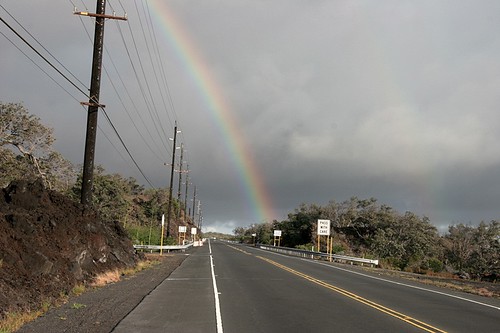 Rainbow after the downpour