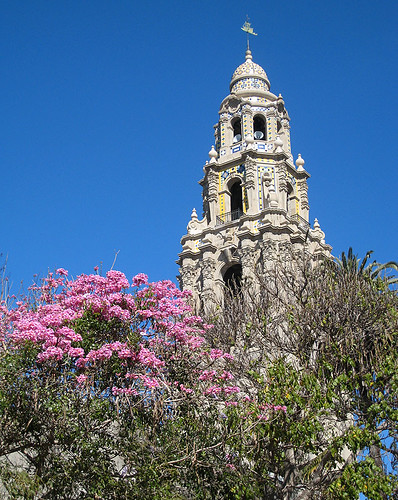 Last Monday, I had a day to spend on my own in San Diego. My flight did not leave until 4:30 so I had an opportunity to explore. Where to go? G really wanted me to go to Balboa Park.

I left my studio and headed to breakfast. I thought about trying the Hash House but after reading all the warning of the large portions, I decided to go to the Crest Cafe which was also in the Hillcrest area near the park. I had a standard American breakfast of eggs, potatoes and sausage with some wonderful orange juice. Perfect to get me going.

It was a short drive from the restaurant to the entrance to Balboa Park. Named for the Spanish Explorer Vasco Núñez de Balboa, it is one of the largest urban cultural parks in America. Monday is a slow day at the park since most of the museums are closed so I was able to drive over the Cabrillo Bridge and up Prado Drive to the center and park. It was wonderful driving through the East and West Gateways into the center of the park.

This area of the park was built for the 1915 Panama-California Exposition. This fair was to celebrate the opening of the Panama Canal and highlight San Diego as the first American port on the Pacific side of the canal. The buildings are in the Spanish Revival style highlighting much of California history. I loved walking the long arched walkways and peaking into the different alcoves and gardens near the center. It was a highly successful park with over 3.6 million visitors over 2 years.

Today the buildings house several outstanding museums. I did not get a chance to visit any of the museums but more the reason to return. But I did thoroughly enjoy exploring it on an Spring day without the crowds.

Here are some of the beautiful building. (Come back next week to see the botanical wonders of the park) 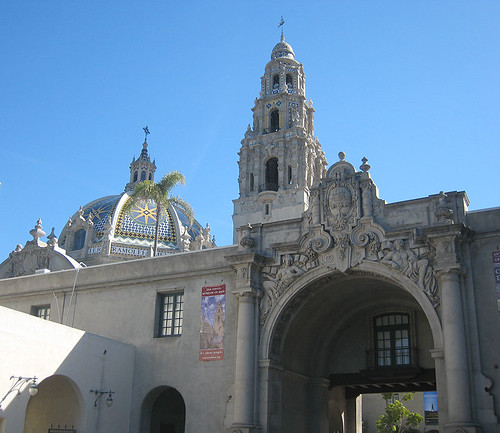 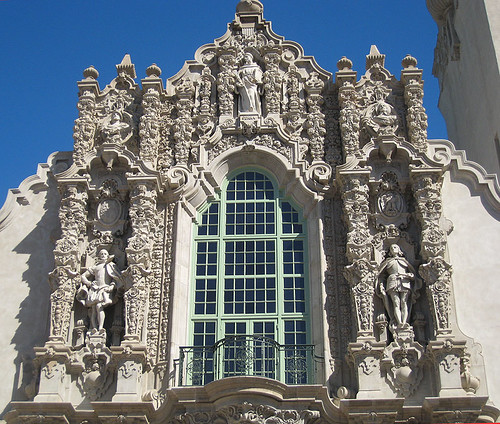 Detail of the California State Building. At the top is a statue of Junipero Serra and flanking the sides are two Spanish Explorers. 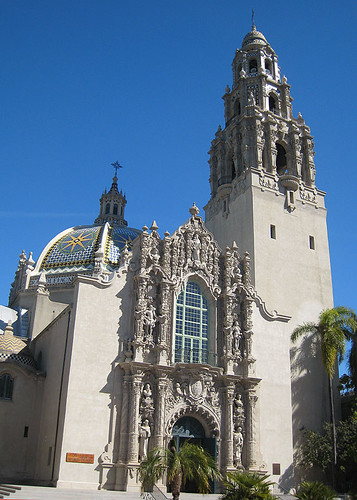 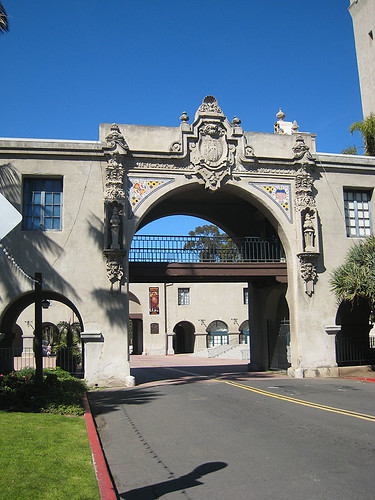 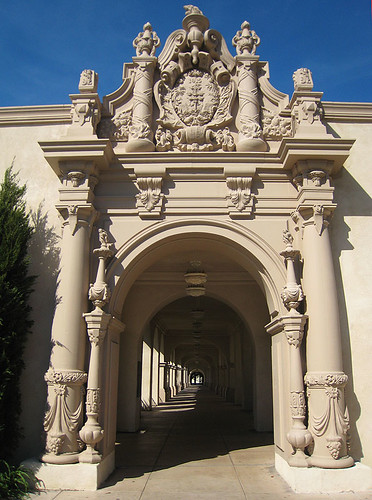 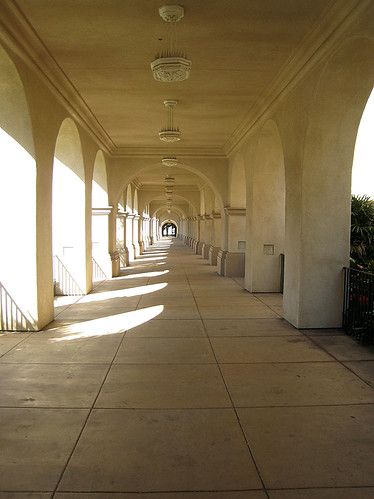 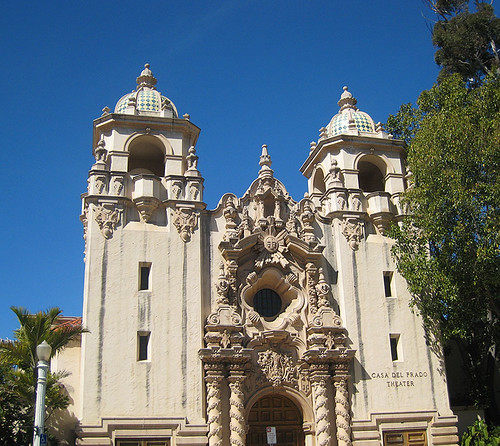 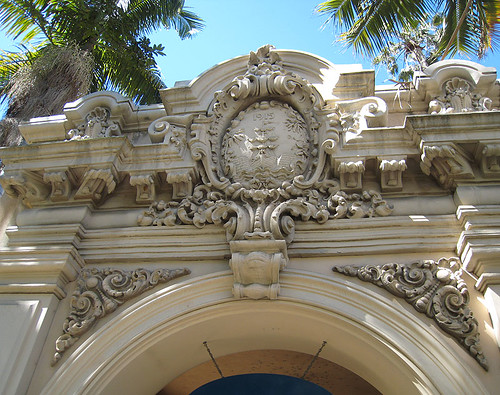 Close up of stonework