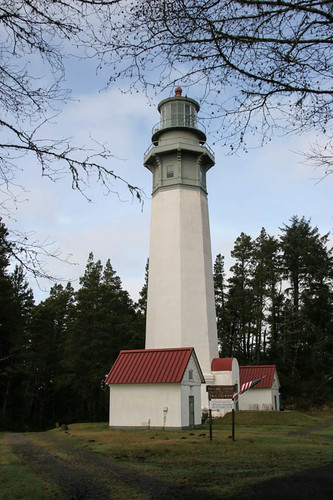 It was a late start as expected. We hit the road around 10am. The clouds were starting to break up and it looked like the weather gods were on our side. The first part of the drive is on I5 to Olympia where you turn off and head west. The country side soon turns to farms and small towns. The eerie empty towers of the abandoned Satsop nuclear plant peak out over the tree farms. We have always had an abundance of natural energy from the hydroelectrical dams but we have also been a huge supporter of nuclear power. Hanford in Central Washington was established as part of the Manhattan Project and have supplied plutonium to the industry. It was not surprising to find the area embracing nuclear power plants in the late ’70s. They are remnants of the WPPSS fiasco.

We arrive in Aberdeen around noon. We laughed when we saw the sign announcing the city “Welcome to Aberdeen – come as you are”. The sign is a tribute to Kurt Cobain who was born and raised in Aberdeen. We couldn’t check in to our motel until 4pm so we decided to take a side trip out to Westport

Grays Harbor is a large bay formed by the Chehalis river esturary. Two peninsulas jut out into the mouth of the bay, Point with Ocean Shores to the north and Point Chehalis to the south were Westport is located. We may have been in Westport once so it was time for a visit.

It takes about 30 minutes to get there from Aberdeen traveling through cranberry bogs and marshy forests filled with salal and snags of short trees. It is very typical of most of the coast in this central part of Washington. The town itself is not too big – population of just over 2,000. Most of the main street is lined with gray weathered homes; some filled with crab pots and fishing floats, some shut down summer houses. The road leads through a small downtown to the Marina which is one of the main attractions. One side is lined with fish canneries and other marine industries. Closer to the jetty is the marina where the private fish boats leave. The inland side of the marina is line with the typical seaside shops. In February most of them are closed with one or two open with flashing taffy signs. A few cars are clustered around the open restaurants. At the west end is a large viewing tower which gives you a view over the jetty and marina. Just over the jetty seawall are surfers. Yes, Westport is the main area for surfing in Washington state.

We climb up the tower to take in the view. Next we search for the lighthouse. We found it along Ocean Drive which leads out to the new condo complex. We had intended to just take a few pictures but a gentleman was in a car and asked us if we were going to tour the lighthouse. His wife was a docent and it turned it had just opened for the day. We did not know it was the tallest lighthouse in Washington and the third tallest on the US Pacific Coast. Now we were interested and walked up to do a tour.

The Westport South Beach Historical Society owns and runs the lighthouse. During opening hours you can take a tour and climb to the top. The lighthouse was completed in 1898. It stands 107 feet tall and there are 135 metals steps up the stairs that spiral to the top. It is surprising to see that it is not right at the beach. The beach is maybe 1/4 – 1/2 mile away. It was build at the beach but sand and land has built up and created land. The new land is a result of the jetty. The lantern room at the top holds a third-order clamshell Fresnel lens. The lighthouse was to signal that a safe harbor was nearby. The lighthouse still is working but the large light has been replaced by a small red and white lantern which is lit by a tiny 35 watt bulb. It is amazing that it can be seen farther than the original light. For more on the lighthouse – Lighthouse Friends. 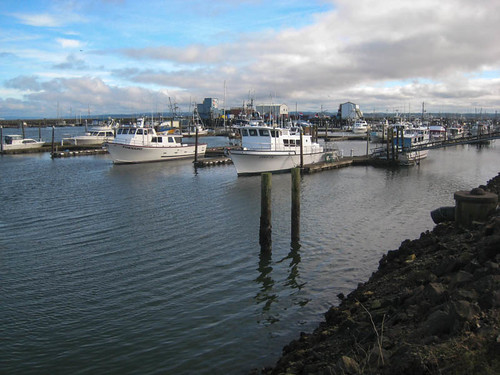 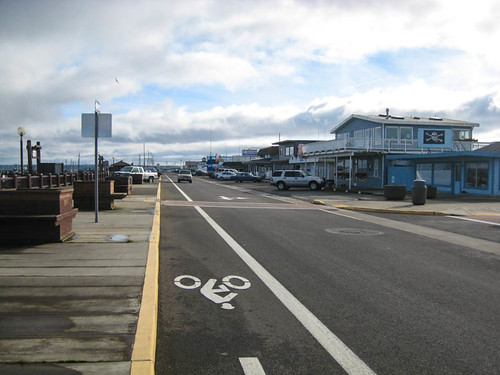 Businesses along the Marina 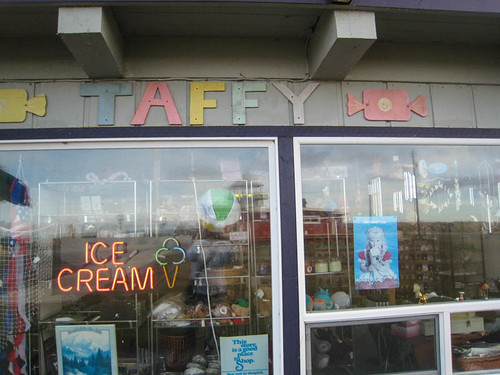 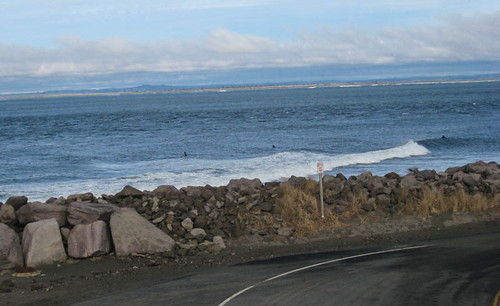 Surfers near the jetty 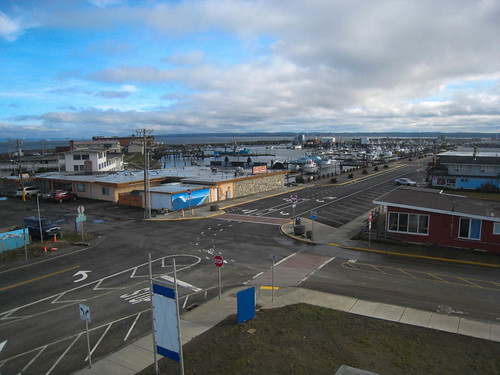 View of the marina from the viewing tower 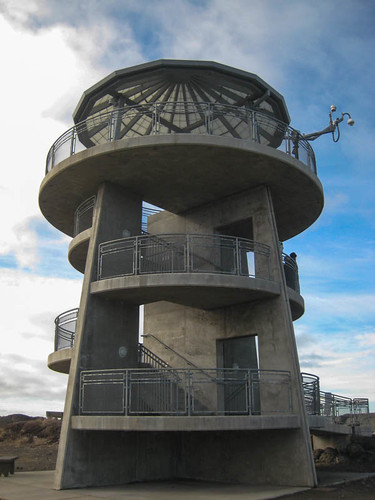 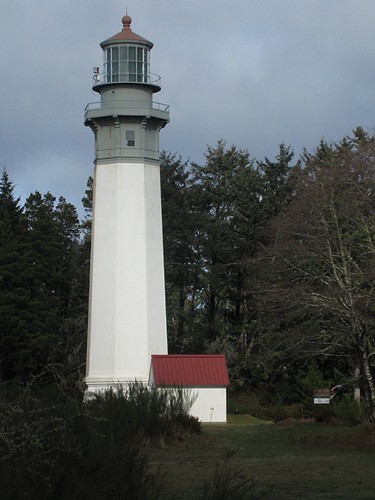 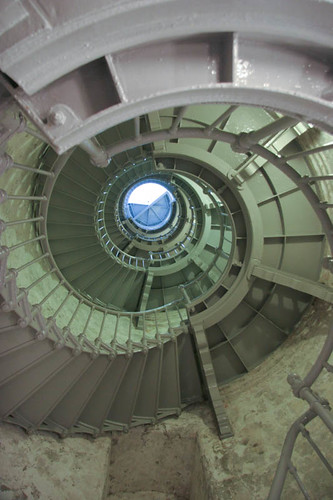 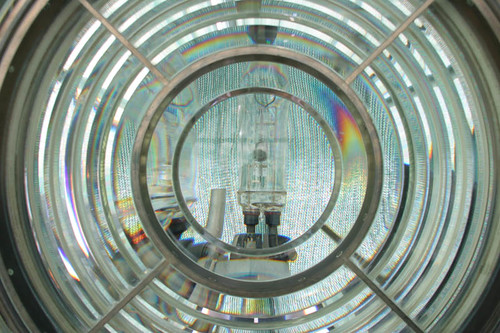