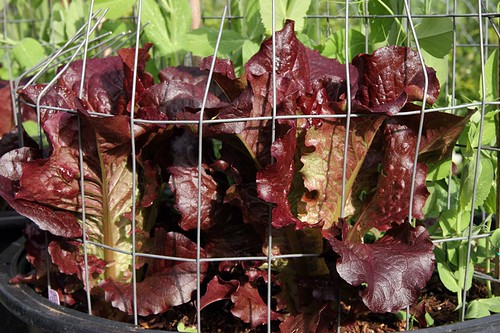 We took a year off and did not plant a vegetable garden last year. We were gone for three weeks to Madagascar during August and knew it would be a lot of work for our house sitter. But the vegetable garden is back.

First off, G had to build new raised beds. The old ones were rotted and soil was falling out. He decided to build 3 new ones and a bit larger. We had 4 4’x5′ beds previously. The new beds are 4’x 8′. We had a little bit of a challenge getting the wood. We needed 18 boards and we had just a little Honda Civic. But G figured out how to transport 6 at a time using our old ski rack and bungie cords. We still have one to fill with soil.

G started the peas in our tomato pots while he was building the beds. We planted the Sugar Ann snap peas on February 28th. We also bought a ‘6’ pack of Outrageous lettuce which ended up having 12 plants which were planted at the same time. We had no frost days in March. We harvested our first lettuces last week – just about 60 days later. They are young red romaine type and pretty tasty.

G started the tomatoes on March 30th and they are in the big greenhouse. The weather has been so inconsistent. It got to 89 (!) on April 18th. But last night it was down to 39. It has been a mix of sun and rain. The warmth did push many plants to bloom early. The lilacs and rhododendrons are in full bloom – about 2 weeks early.

Next up – starting zucchini, planting radish, carrots, beets. Maybe starting some beans but those often do better started from seed when warmer. 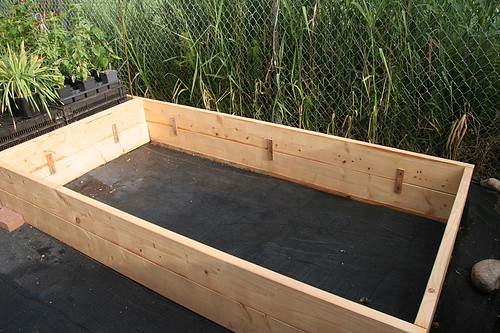 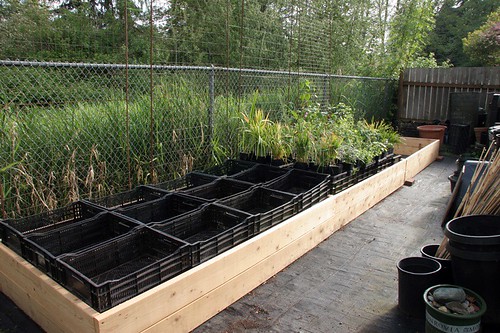 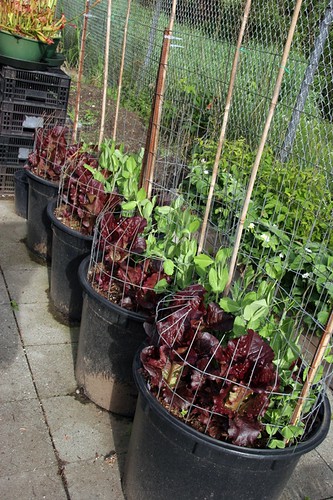 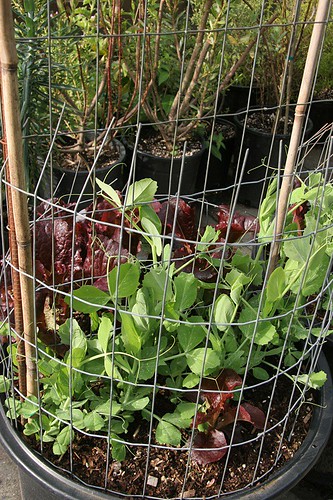 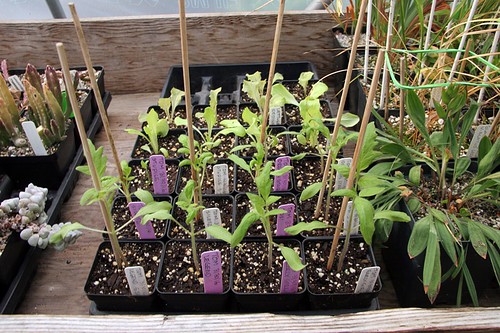 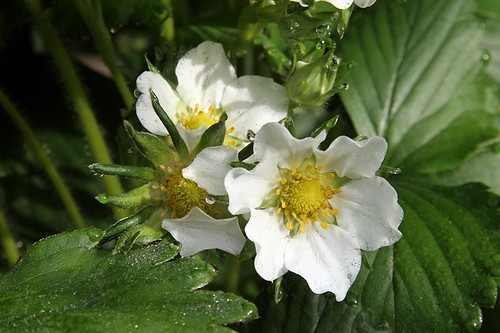 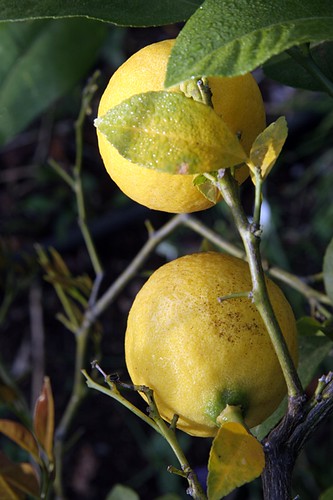 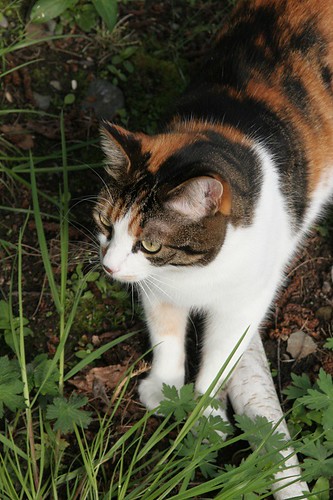