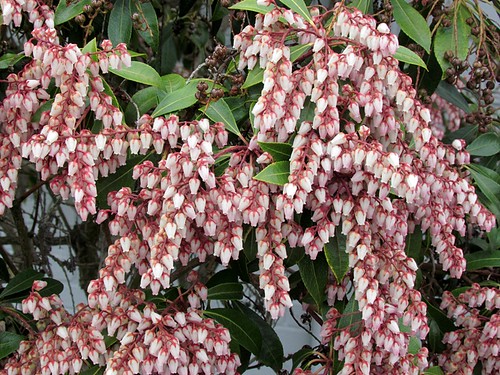 The winter has been cold and wet. We have had snow even in February and a couple of freezing days early in March. The cold weather has made the spring bloom late.

The first Spring tree that I look for is the flowering plum. They are late. None of the ones that I would typically see in flower at this time of year have opened. You can see the pink cast to the buds on the branches but nothing has opened. The only thing now in bloom is the Cornus Mas especially along the ferry dock.

Shrubs are starting to bloom. Pieris has started to open and is colorful as is Viburnum. There are a few forsythia just starting to open to add yellow. The heather has been in bloom for a couple of weeks. Euphorbias are budded but nothing is open yet.

Bulbs will be late. The crocus are just past. The rain has beaten many of the larger crocus. The squirrels ate our species but a few have made it. In our window box which is warmer, the iris were in full bloom around Presidents’ Day week as were the snowdrops. Cyclamens are still in bloom and the hellebores are coming on strong.

Daffodils are just budded and a few are opening in the warmer areas like Green Lake and Edmonds but they are still a ways in our yard. I suspect the tulips will be real late.

It has been warmer this week – in the 50’s but lots of rain. I have a feeling this will be a wet year with lots of rain in April and few 80 degree days until July. Let’s hope I am wrong. 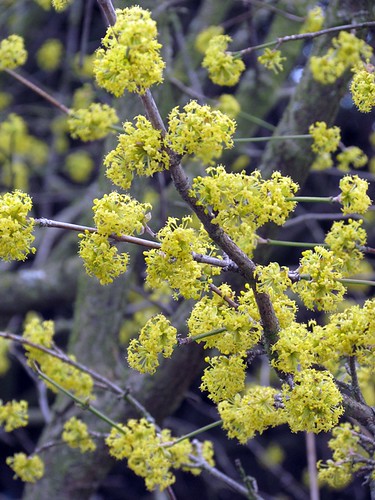 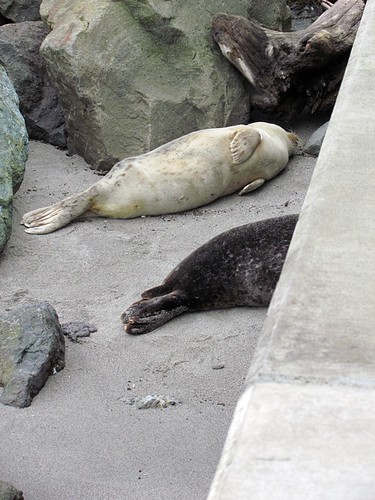 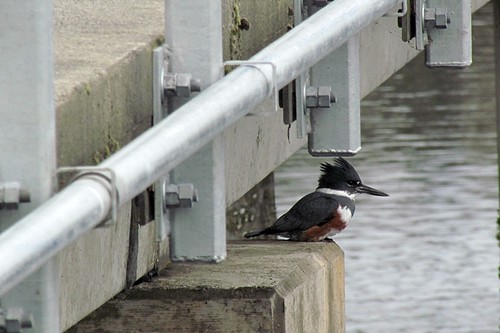