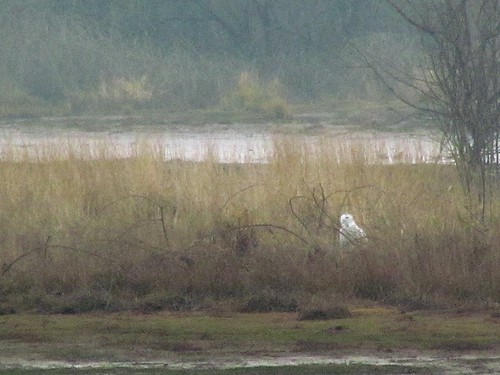 We are home and trying to get back into our routine of walking. We stopped for about two weeks while G and I have had colds. We did the Marina walk today. G has been bringing along the binoculars and camera just so we can check out the birds.

I had seen a posting from a local business of a snowy owl that was seen on a roof top in Edmonds. Last year was a snowy owl irruption. Every 4-5 years, young owls travel south for food. They typically eat lemmings and other small rodents. If their food supply dwindles the young owls travel farther than typical to look for food. There were many seen last year even within the city limits. We saw one on a roof top and also traveled to Nisqually delta. I did not expect them to return this year but they have been seen again at the usual spots and also in the city limits. When G and I started our walk – we jokingly said to each other – may be we’ll see the owl.

We were heading back and I suggested walking out on the Edmonds Pier to check out the poster of season birds. We noticed that it was a little more crowded than usual and then I noticed several cameras set up. Hmmm… there must be an interesting bird. We thought at first it was a Kingfisher or maybe a seabird until I spotted the white lump on the jetty rocks. It was the snowy owl! We talked to some of the birders and they said he had been there the previous day also. My luck – I did not have the memory card in my camera so no photos. But I’ll share a few of Nisqually Delta and the snowy we saw last year. We’re hoping he’ll be there again tomorrow. 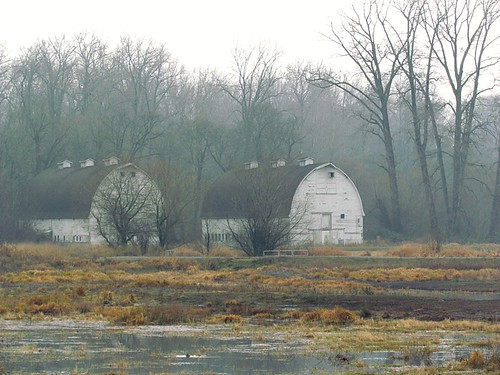 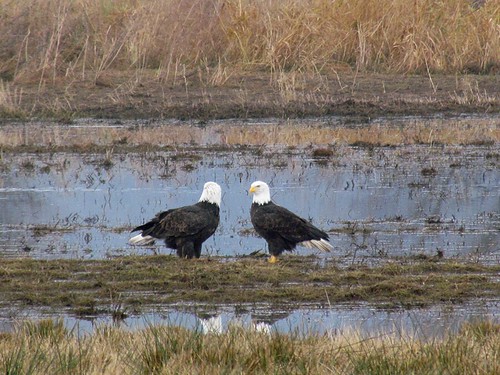 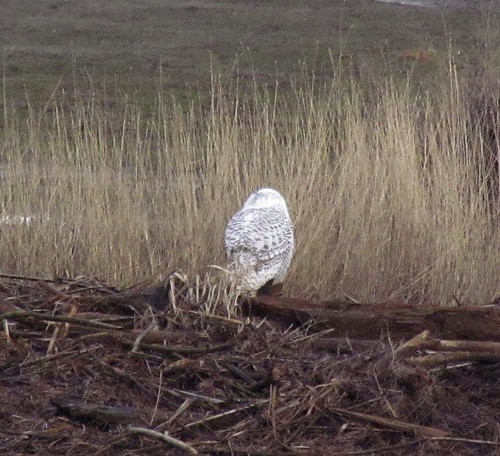 Snowy Owl watching out towards the water