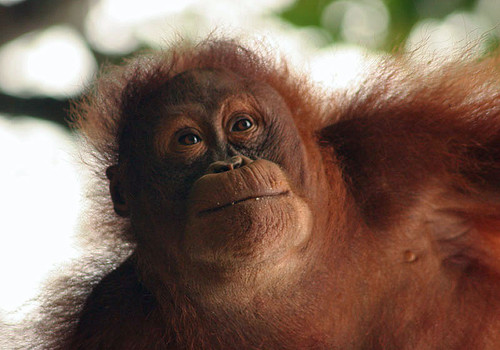 This is the twelfth in a series of more in-depth posts on our trip to Borneo.
February 23

Orang utan – it is Malaysian for person of the forest (orang – person; utan – derived from hutan meaning forest). It was very exciting to see an orangutan in the wild at Danum Valley but we really didn’t get a chance to see him for very long. I had debated about going to one of the rehab centers. I think the rehab centers provide a great service but I had also heard that it can be somewhat of a performance or zoo. But after reading more about the Semenggoh Wildlife Center outside of Kuching, we thought it might not be too bad. And it was not.

The Semenggoh Wildlife Center is located in the Semenggoh Nature Preserve which is about 25km from Kuching. It was originally founded as a place to care for wild animals which had been found injured or orphaned in the wild. It started in 1975 and has been a great success. Today, it is more of a place to study orangutans.

The center has two feedings daily; 9-10am and 3-3:30pm. The orangutans freely room the preserve and may come to the feeding stations if it is not wild durian season. Durians were not in season in February so there was a good chance that we would see them.

We found it the information on how to get to the center very confusing. We asked at the Kuching Visitor’s Center. They said that there was a special bus that left daily at 7:30am along the Main Bazaar. Other information we had said to take on of bus #6 and walk about 1km to the feeding area. The visitor’s center said the bus would not make it on time but we later found out that the schedule on the map was incorrect. We did talk with some other tourists who went via bus and were able to get there on time.

We looked at the visitor information on the board at the hotel and it said they could arrange a trip for us. It was only 25RM and would take us from the hotel to center and back. The bus would be much cheaper but we would have to walk. So we decided to have the hotel arrange it.

A white minivan picked us up at 8am. It made a stop at another hotel – Lodge 121 to pick up another couple. We got to the center just before 9am. There are two feeding areas; one is a platform about 1/4 mile into the forest. The other is at the center. At the center there are several ropes strong up between the trees. We first went to the main center and we saw a mother with a small baby and an adolescent. It was very weird to see the orangutan come down to the main area and walk among the tourist. They seemed to love the bananas. They took a few and left.

Next we went over to the other platform. Not much was happening. One Orangutan came down but quickly left. We were all sitting patiently but nothing. We decided to leave and went back to the main area. The mother had returned and we had more chances to see her close up. It was pretty amazing.

Overall, it was a good experience. It was crowded but not too crazy. I’d recommend it.

Here are more shots of orangutans we saw. 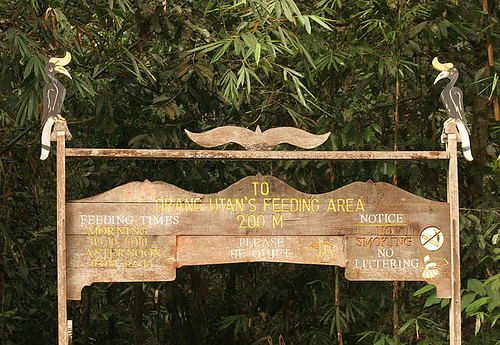 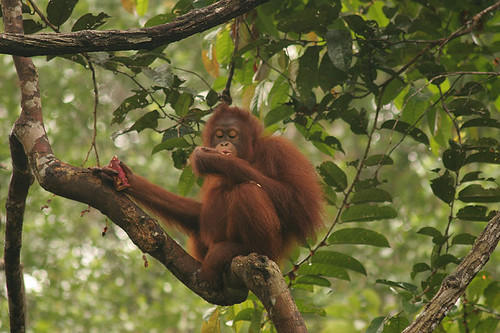 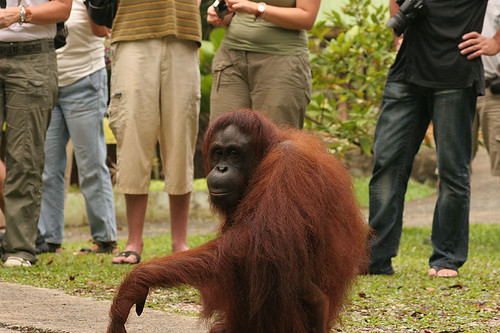 Close up with the tourists 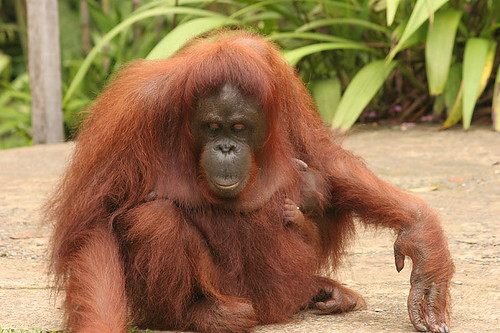 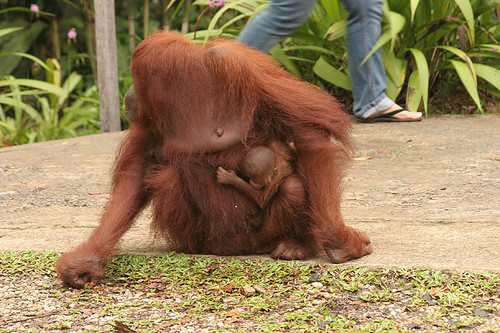 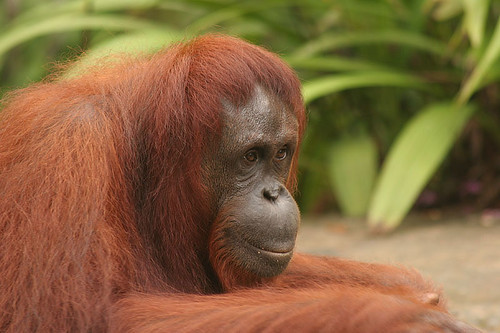 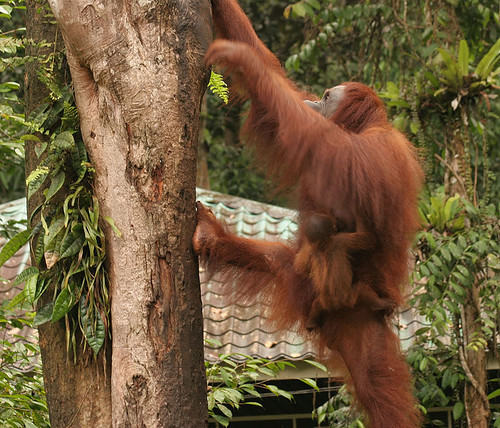 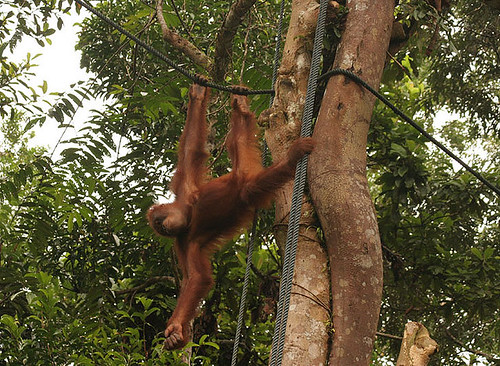