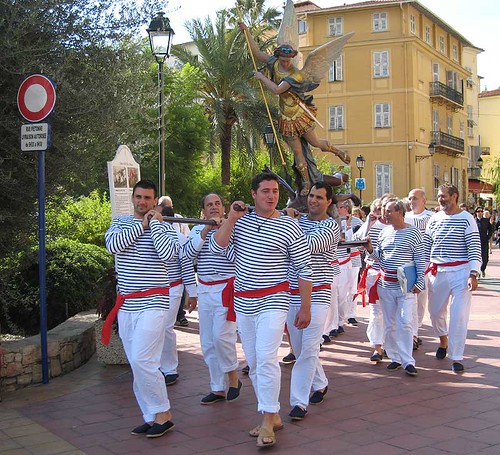 It is time again for a Photohunt. This week’s topic is stripes. This was actually a fun hunt for me. I did not remember right off any photos with stripes. The first one I came across were some Zebras but I’ve used similar photos in other photohunts. I wanted something different.

We waited around and after the Sunday service, a group of men in stripped French shirts – the dress of a Mentonnais fisherman carried out the Archangel Saint Michael. They carried him down the ramps and out to the seaside followed by groups of musicians and dancers in local costumes. It was one of the serendipity chance occurrences that you stumble upon while traveling that stays in your memories.

Here are a few more pictures: 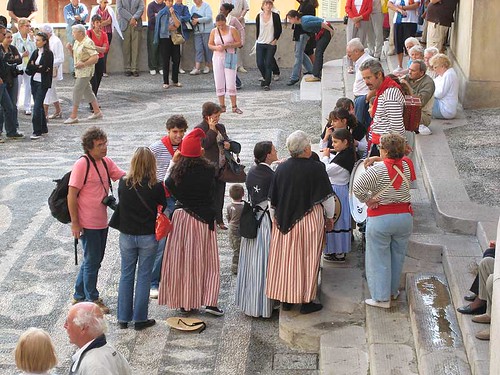 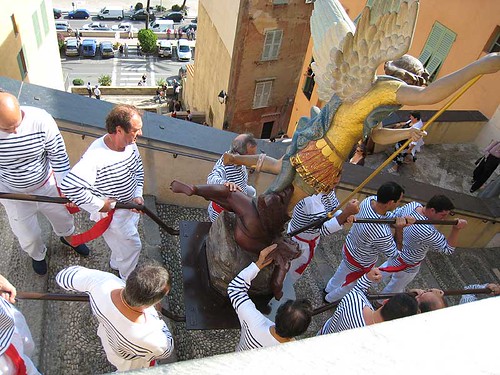 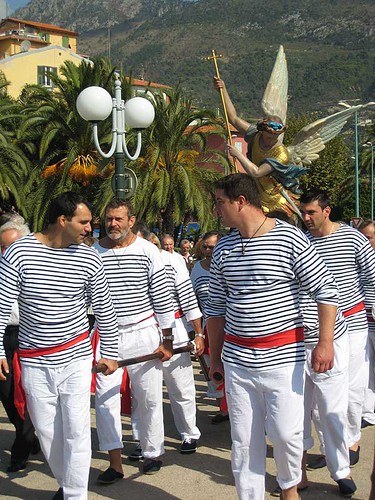 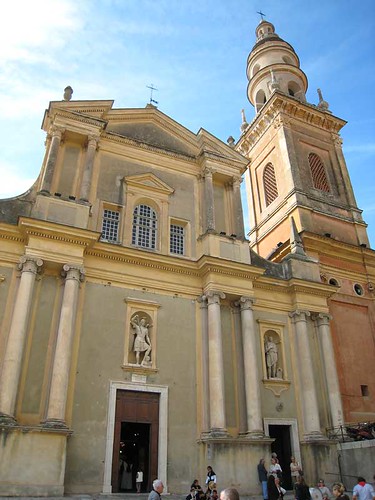