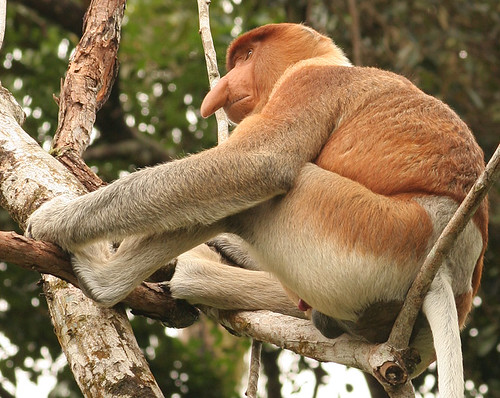 I’m back. I have missed the previous two photohunts. I have a new job! Yeah! It is going well. I traveled to New Jersey for training during the first two weeks of December. I was busy or traveling so I missed the post. But I am back!

This week’s Photohunt theme is Male. I knew right off what I would post about. We traveled to Bako National Park in Borneo specifically to see the Proboscis Monkeys. The males have a distinctive large nose. Experts think the nose is to attract the female. It is definitely large. They also make a very unique sound – a nasal sound that sounds like “Oh No”. I also love their scientific name – Nasalis larvatus.

We arrived in Bako and the rangers told us that there was a troop of monkeys in the mangrove swamps just beyond the headquarters. We quietly walked up and were able to observe them while the tide was out. They were so cool. They moved farther out into the mudflats as the tide went out. We were so lucky and glad to be able to see them so soon after we arrived. It was one of the highlights of our trip. 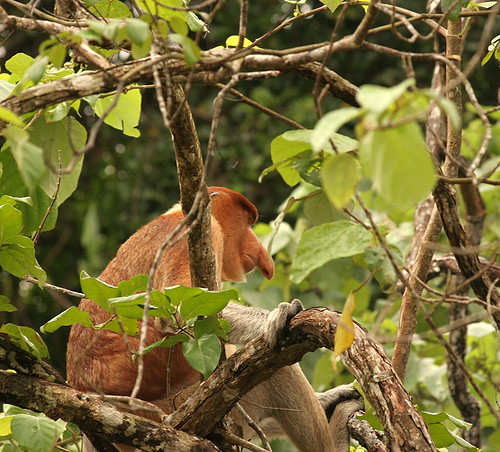 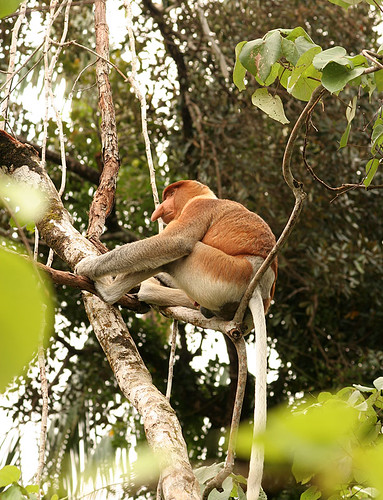 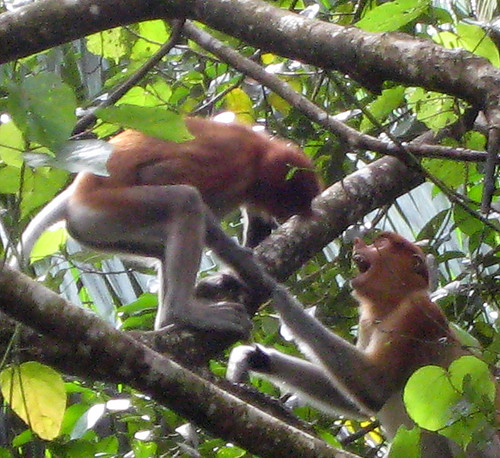 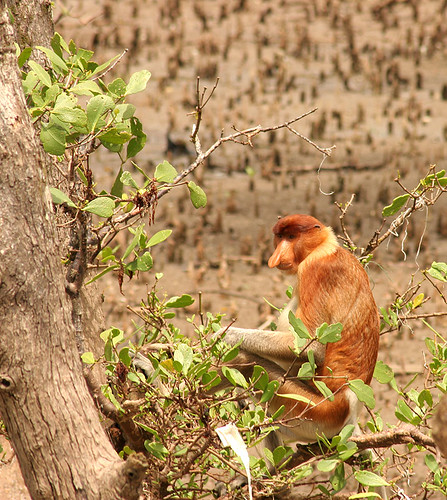 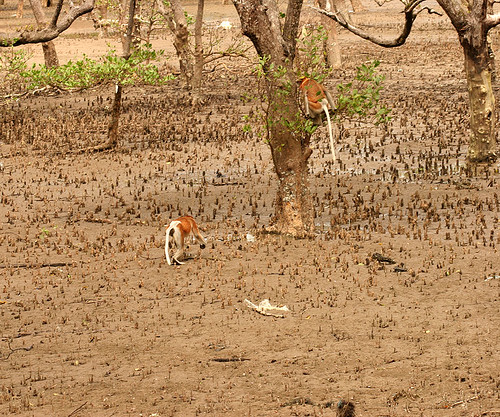