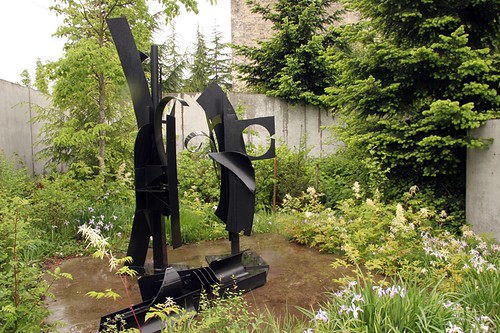 The Memorial Day forecast was dismal – cool and drizzle. It was a shame because this was the weekend of the low minus tides. It would have been a great time to explore the eel grass flats. We gave it a go on Sunday and it was interesting and tiring as usual but it just doesn’t have the extreme joy of a sunny day at the beach.

I remembered the native plantings at the Olympic Sculpture Garden so G and I drove downtown Seattle. We wanted to visit the Volunteer Park Conservatory but it is now closed on Mondays. I also forgot that there is now an admission charge. This is good – the glass houses are in need of repair.

I remembered a hidden parking area next to the Amgen building. We just had to find it. It was actually pretty easy to find by following the signs off Elliott. There is bridge just before the Magnolia Bridge which takes you over to the west side of the railroad tracks. The parking is south of the building just before the grain elevators.

First we did a walk over the Amgen Helix Bridge which connects the corporate campus with Elliott Way. Then we headed south along the pathway. Along the way, the port has created a rose garden in the section of the path called Centennial Park. I loved the David Austin Roses that were planted. Farther along the way, you catch the sight of the Space Needle top peeking over the office buildings and next to the old Post Intelligencer Globe. The demise of the PI was one of the early warning of the upcoming print media crisis.

The bay was gray but it was warm. Steam rose from the wet paths but soon the drizzle turned to sprinkles as we climbed up to the Olympic Sculpture Garden.

We walked along the curving path in the Grove. The Typewriter Eraser peeked out between the Aspens and the stark black of the Wandering Rocks were softened by the wild irises growing among the Pacific Northwest natives. The native plant gardens are really beautiful now after several years of growth.

We crossed under the watchful eye of Calder’s bright orange ‘The Eagle’. My absolute favorite though were the plantings just up from the Valley. The path was densely lined by beautiful Pacific Coast irises. The Dogwood trees were planted as accents and under foot were growths of wild strawberries.

We continued through The Wave and then back to the shore of the Bay. We were getting cold and hungry so we headed for a beer at Elysian Brewery in Tangletown. We were glad we were not in a cold wet tent camping as we have on past Memorial Days. 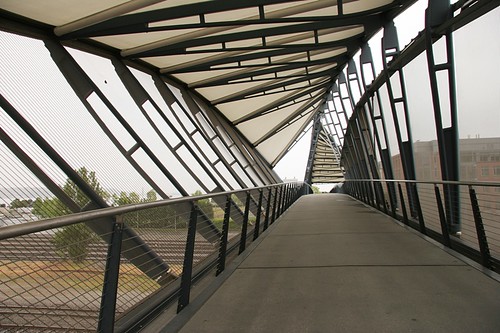 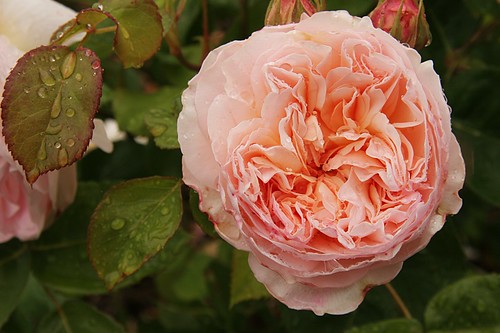 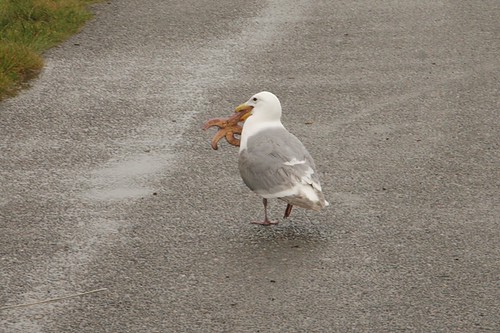 Seagull with a starfish prize 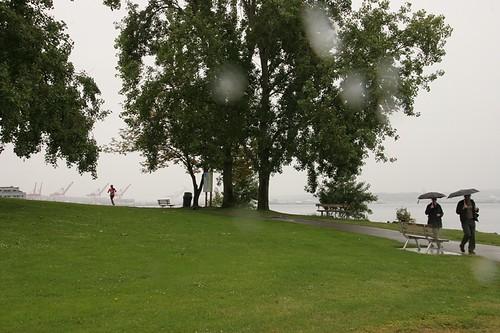 Runners and walkers along the path 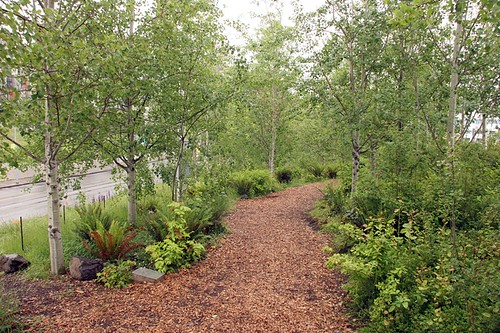 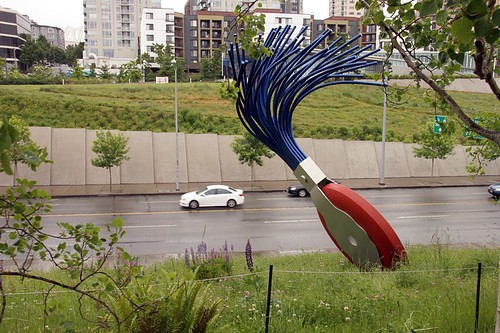 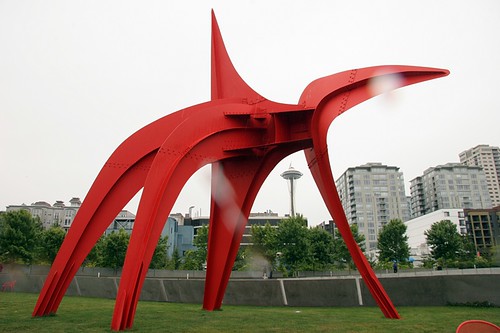 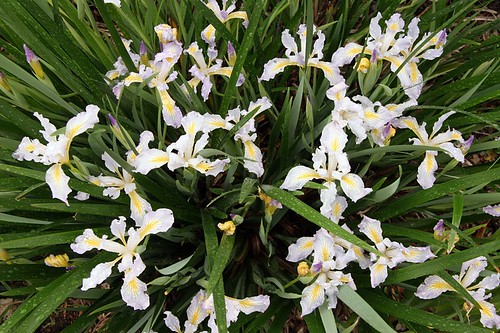 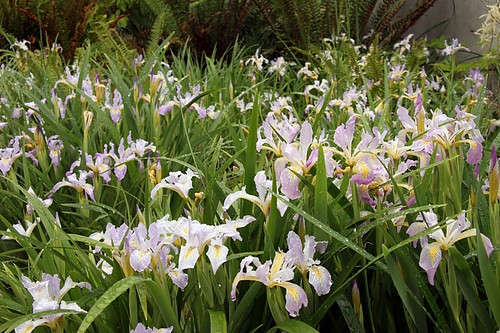 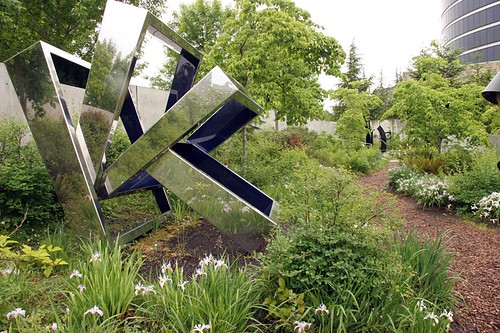 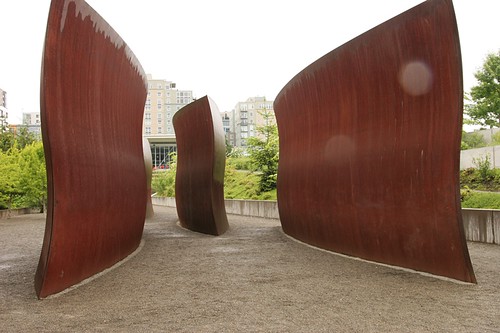 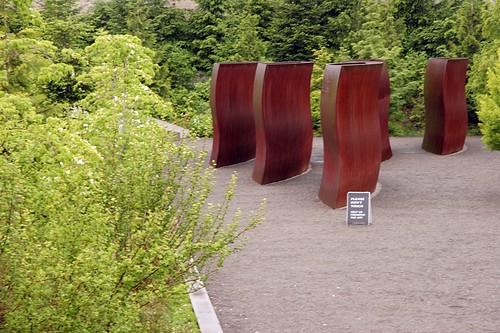 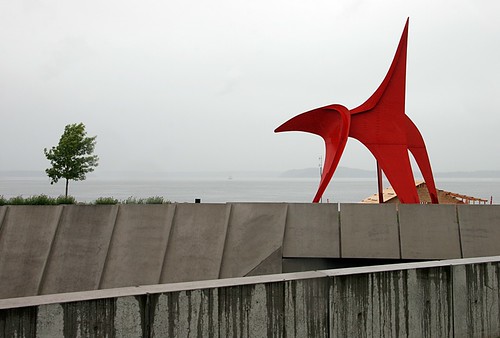 For a previous visit (in the sun!) – Olympic Sculpture Garden May 2010