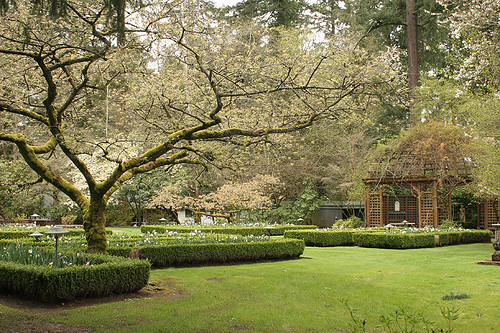 We did not have any special plans for Easter Sunday so we decided to spend it in a garden. One possibility was to go to the Tulip fields again since they were in bloom but it would have been terribly crowded on Sunday. Instead we decided to go South to Lakewold Garden in Lakewood just sound of Tacoma.

We typically visit in mid-March so this would be our first visit in early Spring. The day was overcast but the garden was lovely. And we had it almost to ourselves.

The gardens were started in 1910 as part of a summer home on Lake Gravely. The original design was influenced by the work of the Olmstead Brothers. The property was sold several times over the years until it was sold to George Corydon and Eulalie Wagner in 1938. Eulalie Wagner loved to garden. The landscape gardener, Thomas Church, first visited the garden in 1958 and returned to advice on the garden over the years. The garden opened to the public in 1989.

We love the location and the different rooms of the garden. As you arrive, you can walk along a long circular driveway lined with 20 feet Rhododendrons. This takes you to the door of the house which looks over the Flag Pole Lawn. There is a large Paulonia tree that we would love to see in bloom but we will need to return late in May or early June since it is late to bloom.

From the Flag lawn, you can enter into the small fern garden room. It is filled with interesting small shade and woodland plants. The triliums were in full bloom. Exiting the Fern room, you walk along the brick path lined with boxwood beds filled with tulips. The two majestic Mt. Fuji cherry trees were budded but not yet in bloom. The walkway leads to a lovely statue at the end of the path – but off to the side is a curious Quartrefoil pool. I love the pool and the symmetry but it is the hardest thing in the world to photograph.

Continuing down a side path, you can enter into several rooms lined with Japanese Maples and other beautiful trees such as Stewartia and Parrotia with beautiful bark. There are several trees of distinction in the garden. There are also several view points across the lake or up the lawns to the house. There is a new rock garden that is still getting established. Along several of the walkways were large naturalized swatches of fawn lilies (Erythronium). We have several native versions of this flower but I love the larger garden varieties.

Returning to the house, there is a large wisteria arbor over the outdoor eating area. Nearby is a knot garden, rose garden and perennial beds. Throughout the garden were several varieties of cherries in bloom. I loved the light yellow cherry blossoms of the Ukon cherry.

Before leaving, we made a stop at The Garden Shop to make a couple of plant purchases. We had to get a couple of blue poppies and a replacement Chilean Fire Bush (Embothrium coccineum).

Here are some photos of the garden: 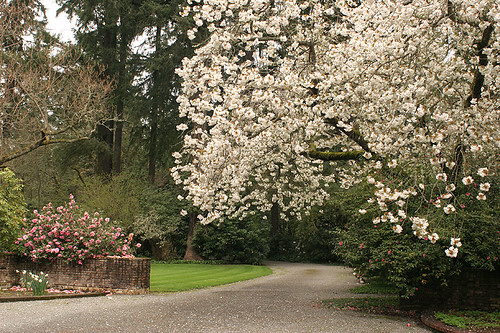 Driveway to the house entry 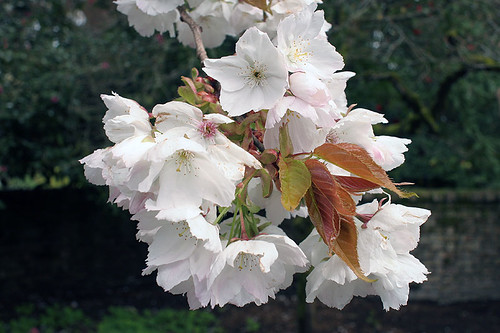 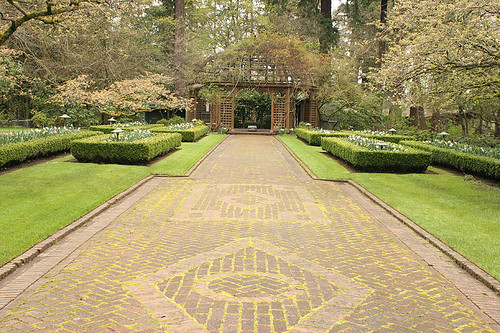 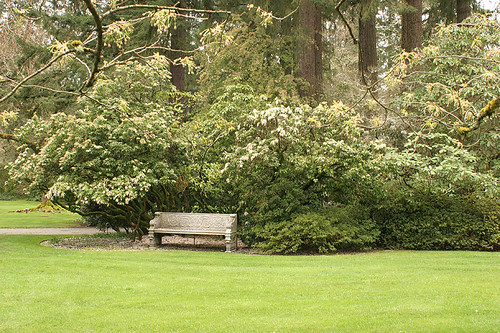 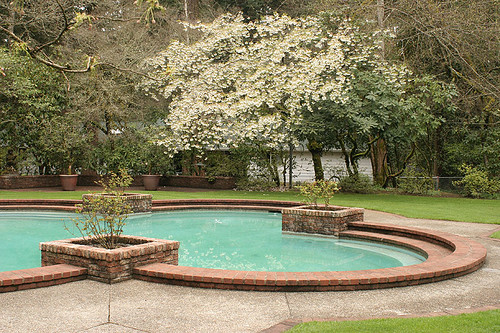 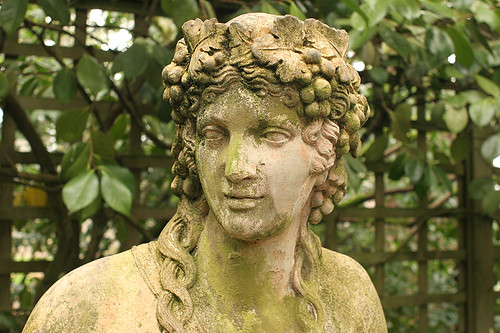 Closeup of statue at end of brick walk 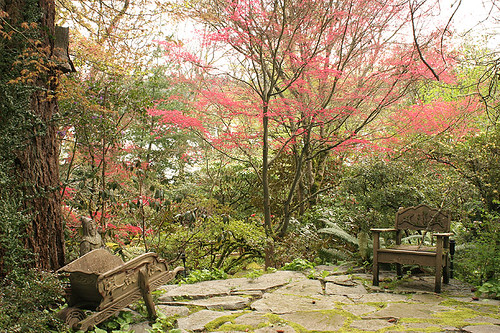 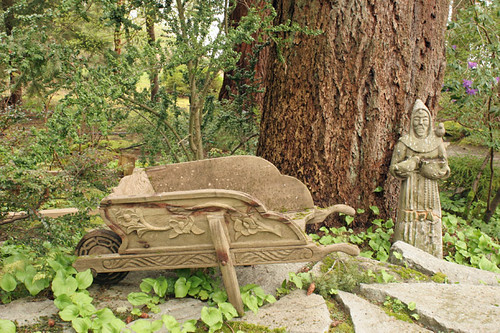 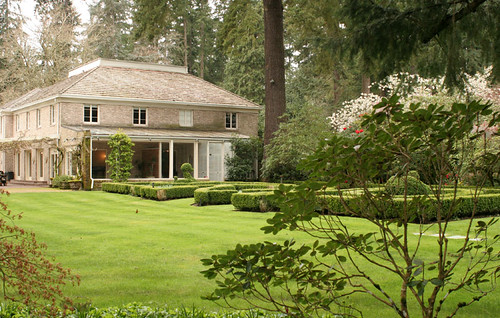 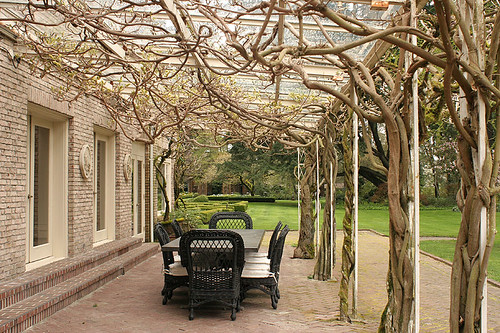 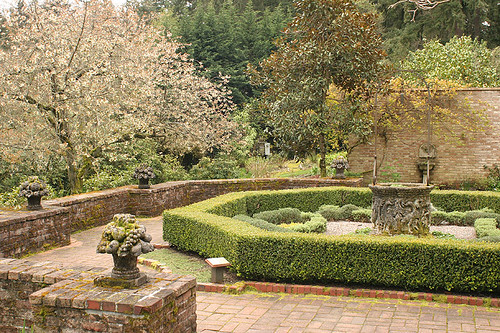 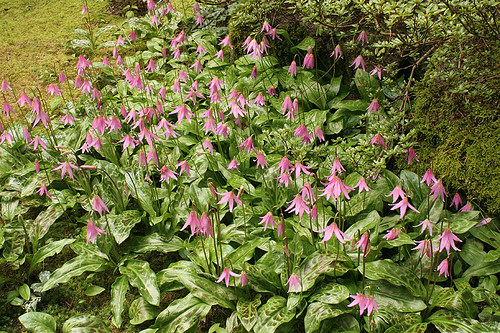 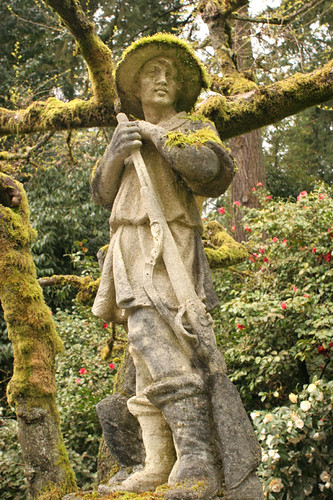