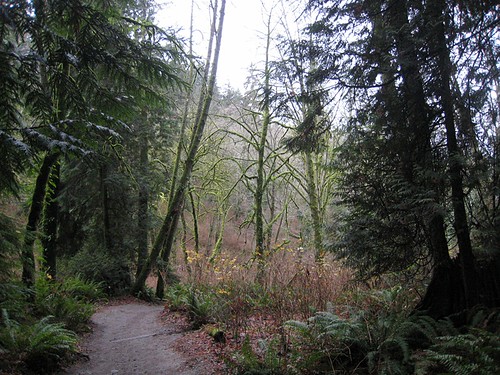 Another gem of a walk is Meadowdale Park. I wrote about it in summer in 2010 but it is great anytime of the year but especially at winter. It is located along the sound so it rarely is frosty. It can be muddy and is rather dark (shaded) since you walk down to the shore along Lund Gulch but it is a great place to get out and about in the dark days of December.

G knew I had been wanting to do it for our walk and suggested it this morning. I took him right up on it. It is about a 15 minute drive north of our house. The parking lot was pretty empty.

The trail starts to descend right at the start going down steps and a huge switchback until it arrives at the bottom of the gulch along the stream. The trail meanders following the stream until it comes to an open park and the raised railroad tracks. Normally you can access the beach via a low tunnel through the track levy. But this is also where the stream enters to Puget Sound and in the winter when the stream runs high, they remove the pedestrian boardwalk over the stream so there is no access to the beach for humans but the salmon can come upstream.

The trail was rather busy. We passed several walkers out for their daily trek and several people walking their dogs. It was nice to get some fresh air between the rain.

Below is what it looks like in December. And here is Meadowdale Beach in the summer. 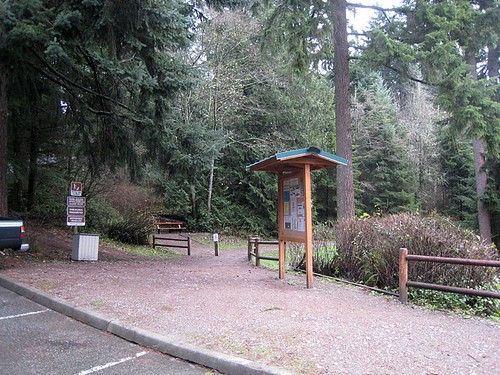 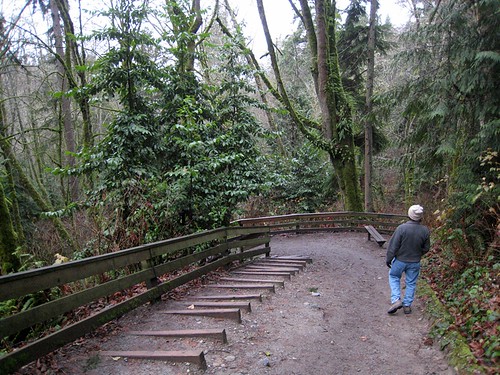 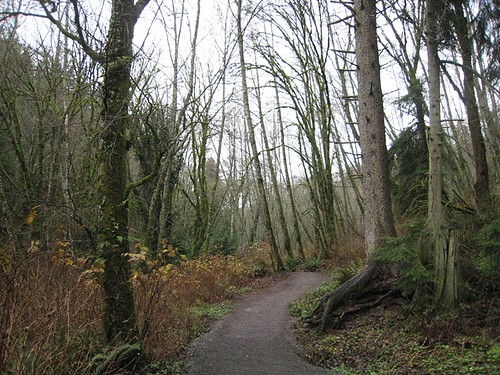 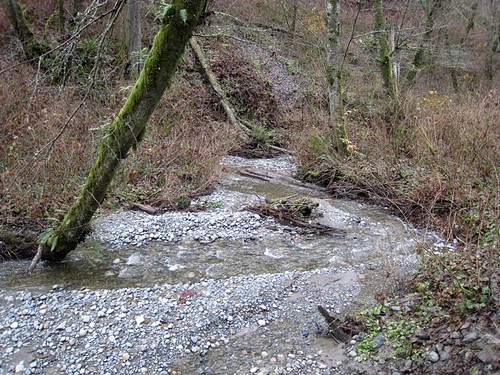 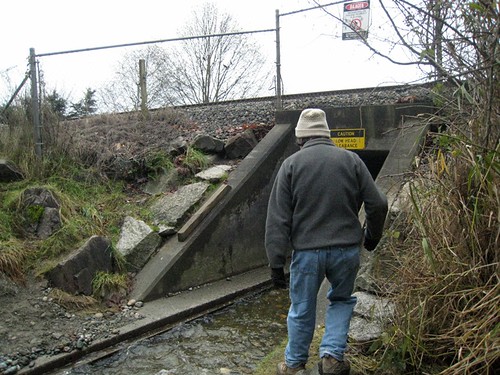 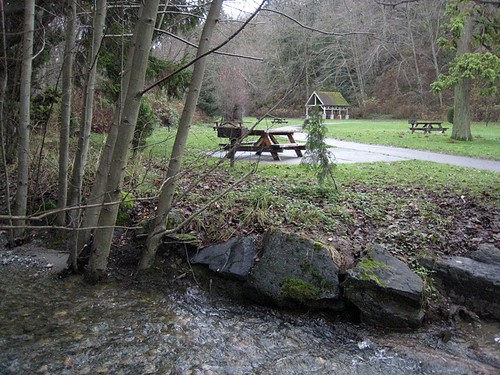 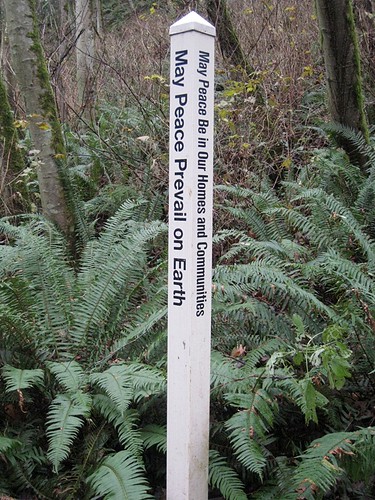 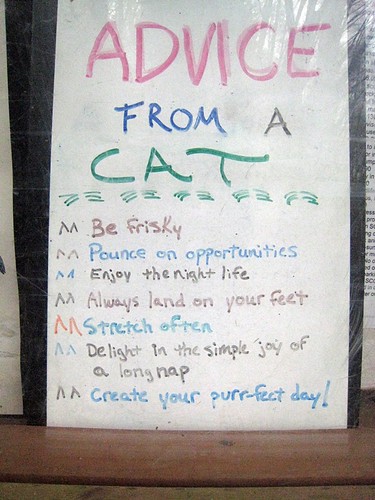