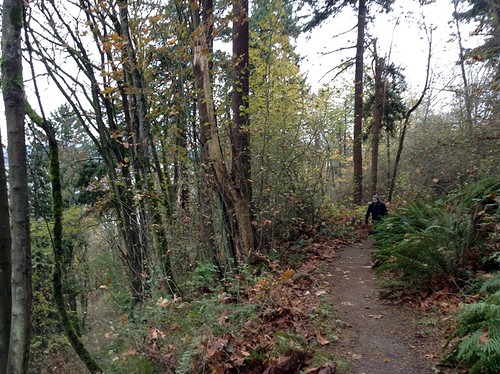 I have a new walk to add to my list of urban and winter walks – Frink Park. I have known of it for a long time but it is in an area – Leschi – that we rarely go. It is actually pretty easy and interesting to get to. Several of the write ups on the park recommended starting at either the intersection of Jackson and 31st or Yesler and 32nd. Frink Park from the Seattle Times. Frink and Leschi Park from Seattle Times. You can reach it easily by either by going east on Yesler or east on Jackson. We decided to go east on Jackson.

Jackson is an interesting street. It starts in the heart of the International district passing the older Chinese and Japanese businesses and then the Vietnamese and SE Asian stores on the western edge. From here it travels through the Central District with African ethnic stores until just before the park when it gets very upscale in the Mt. Baker area.

We parked on 31st and put on our boots. The write ups had said that the trails could be muddy and they were. It was great to see work being done on some of the more muddy area. The park was originally suggested by Olmstead Associates in 1903. It is a steep ravine leading down to the Leschi marina which was the ferry terminal to Mercer and Bellevue. The trail descends steeply switching back and forth over the ravine crossing a charming bridge and small waterfall. Continuing down through Leschi park to the marina with views across Lake Washington to Bellevue and the I-90 bridge. We walked a couple of blocks and took a set up stairs up Jackson back to the center of the park. A short detour to check out the Rhododendron trail along the stream. We need to come back in the spring to see them in bloom and then up up up back to 31st.

Next we headed for a couple of beer tastings and lunch. First was a stop at Two Beers Brewery – Pilner and IPA. Then over to Jules Maes for lunch; Ahi Burger for G with a Fort George Vortex IPA and Lamb Burger for me with a yummy King Street Brown from Schooner Exact. We made one last stop at Schooner Exact for small tasting – Saison for me and Black IPA for G.

Sun was setting and time to return home. We’ll be back to do this walk again. The steep stairs will be good training. 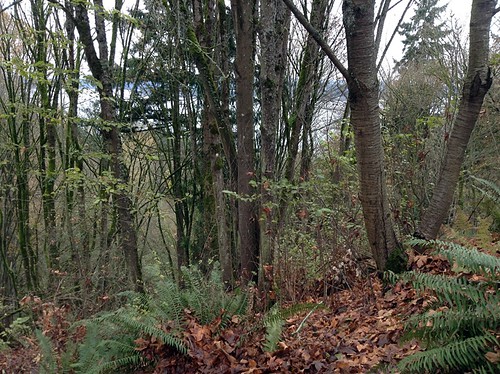 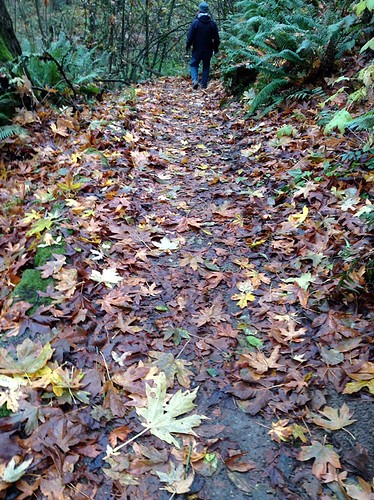 Lots of leaves from the maples 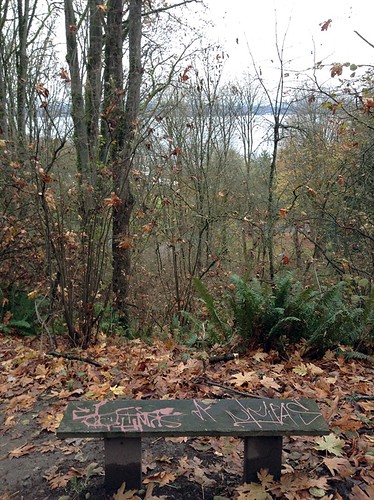 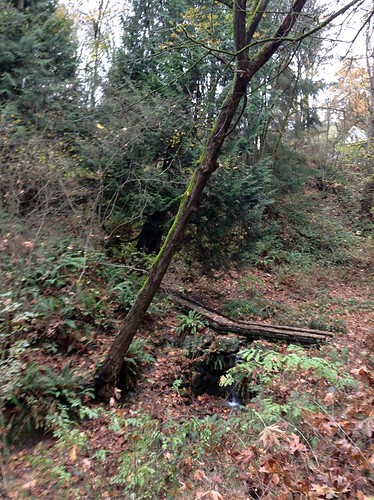 Small waterfall in the main ravine 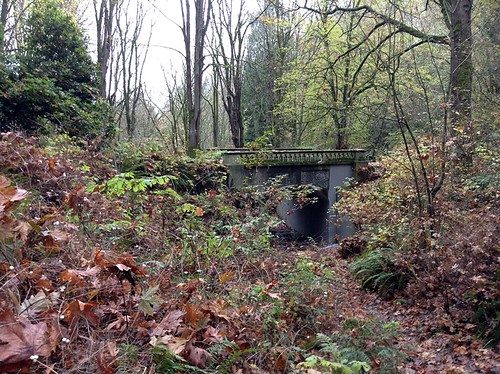 Road bridge in the center of the ravine 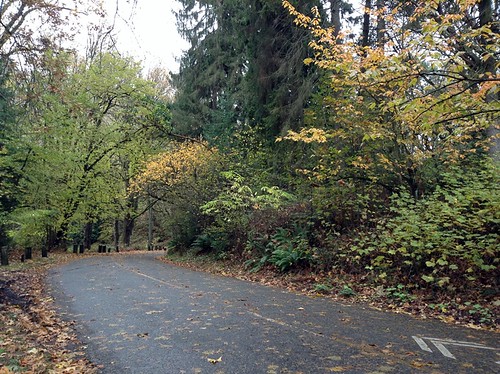 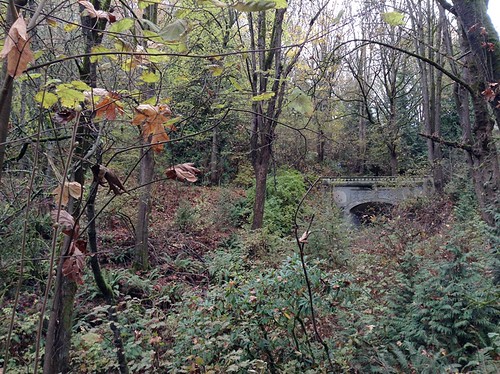 This section is lined with Rhododendrons 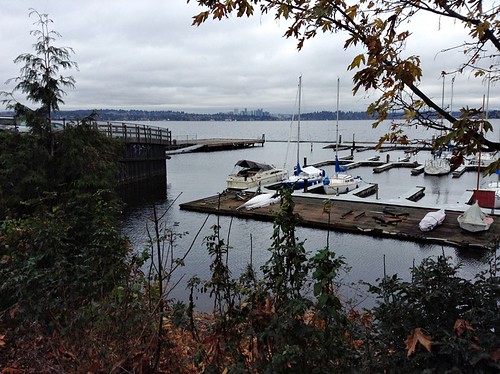 Leschi Marina and Bellevue in distance 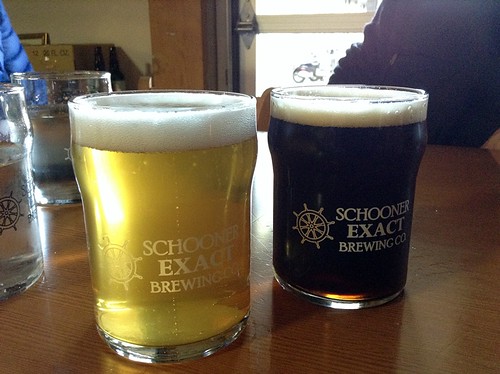