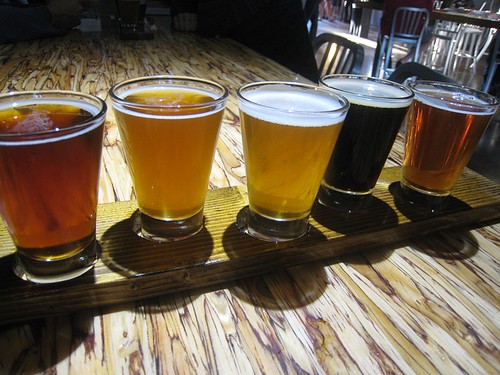 This year has been somewhat disappointing for travel. I know… we did do several west coast trips but it is another year without international travel. We had one more opportunity for trip on the west coast and this one did not disappoint.

I had to fit the week in between my co-workers time off and scheduled weekend on-call. The week was mid-October. Where to go was the question. Kauai? New York? Both were a little more than we wanted to spend. Arizona in the fall has been on the list but we really didn’t want to go again this year. We remembered that the weather is usually great in California in October. G had never been to San Diego. I remember being amazed at the succulents on my trip a couple of years ago. And it is a great location for beer tasting. In early September we started planning.

Airfare was easy and not too expensive. Alaska had a convenient direct flight for less than $300 RT. I was able to find a weekly car rental via Costco for about $150. The big decision was where to stay.

We prefer to stay in a vacation rental especially if we are staying for 4 or more days. We also like staying in a smaller rental in an interesting neighborhood where we can easily walk to restaurants or bars. Researching the breweries, I stumbled upon the North Park neighborhood. It is centrally located just north of Balboa Park. Forbes listed it as one of the best hipster neighborhoods. There were also several breweries and bars specializing in beer in the neighborhood. After a couple of reviews of the rentals on VRBO, we decided on this charming cottage.

The flight was a breeze. I love it when we have a flight later in the morning and we don’t have to get up in the middle of the night to make the 7am flight. Picking up the car was not a breeze. We got to Avis at the airport and there was already a line. It did not move. They seemed to be having a lot of difficulties finding the type of car people had rented. When we got to the counter, they did not have any compact cars available and it took a good 15 minutes to find one similar. We did not want a convertible or Mustang. Overall it took over 30 minutes to pick up our car. I also was not very happy with the car since it has a major blind spot. I may not rent from Avis again after this experience.

The cottage was just a short 10 minutes from the airport. San Diego’s airport is right next to downtown on the harbor. It is pretty amazing landing in SD since you fly right over and next to the large office buildings. We arrived and were greeted by Marjorie, the owner, who lives next door. She gave us a quick tour and some neighborhood recommendations. The cottage was immaculate and well decorated especially the paintings which were painted by the owner. They were scenes of Provence, Europe and Southern California painted in lovely Mediterranean colors. It also has a well appointed kitchen, a charming garden patio and excellent electronics for getting on the internet or watching a movie.

We headed to the supermarket and Trader Joe’s to pick up groceries for the week. The ability to cook in the rental is one of the big vacation cost savings. Plus it is always so relaxing to be able to get up and have a leisurely breakfast or cook up a late night snack. The owner had provided a welcome basket so we had great coffee, milk and juice. Of course, we also had to pick up several bottles of local beer to start our tastings.

We still had a bit of daylight so we took a walk around the neighborhood. The yards were very interesting. Many were cactus or succulent and other low water gardens. Some had old plantings of tall euphorbia, brugmansia and other semi-tropical plants. The architecture is also very interesting with many craftsman or other bungalows built in the 1920-1940s.
We stopped at Hess Brewing which was just a few blocks away. It recently opened a larger brewery and tasting room in North Park. We had a flight which gave us a great overview of their beers. It was a little pricey ($15 for 5 tastes) but we were able to take home the glasses. The tastings included their pale ale, rye IPA, standard IPA, black IPA and a Belgium Strong. All were good and a perfect start to our beer filled week. 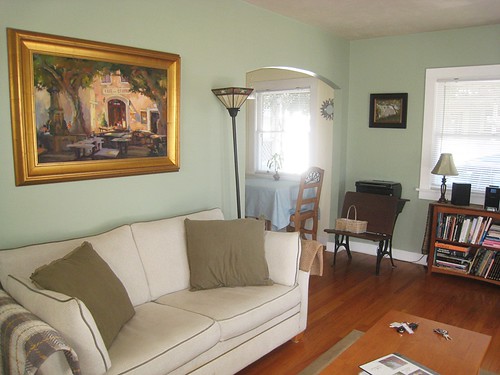 Our rental in North Park neighborhood 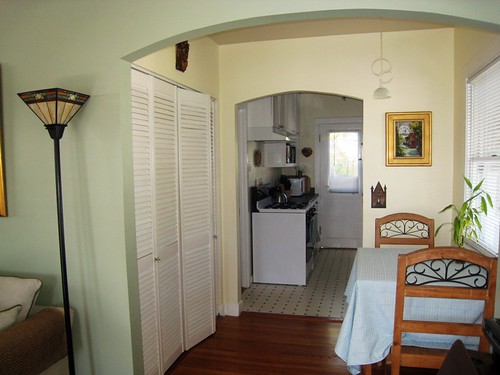 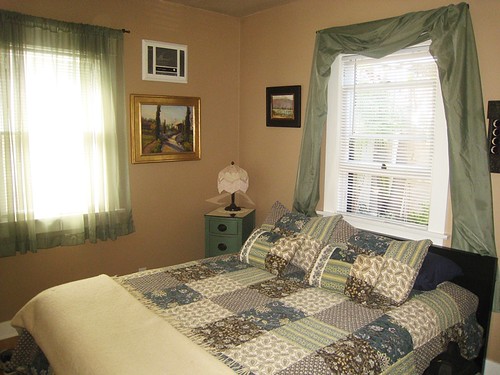 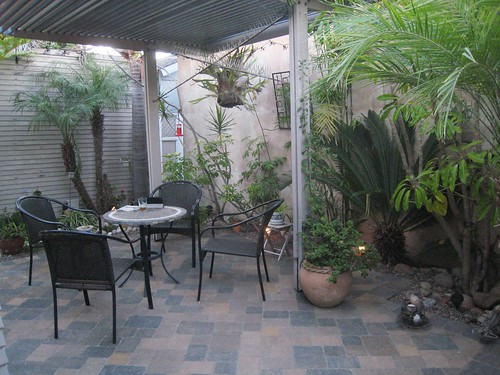 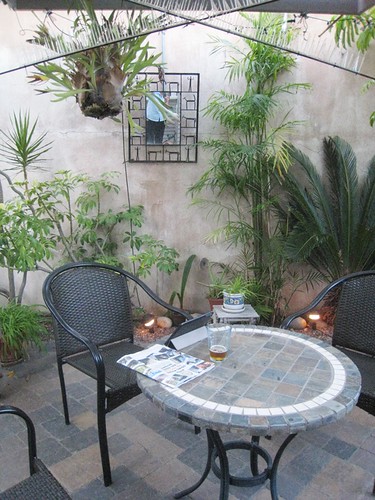 Cycad, palm and staghorn fern which grows really well out doors in shade 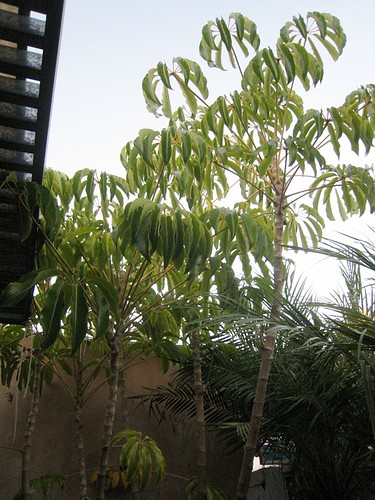 Schefflera – not certain which variety. It was about 10 feet 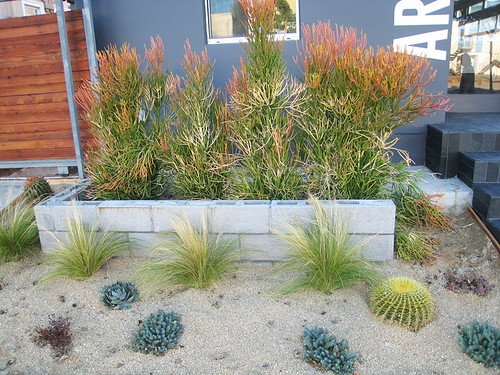 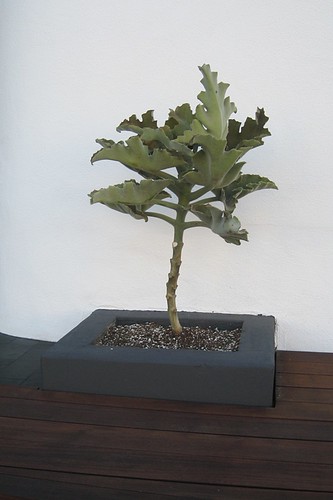 Kalanchoe beharensis outside on deck 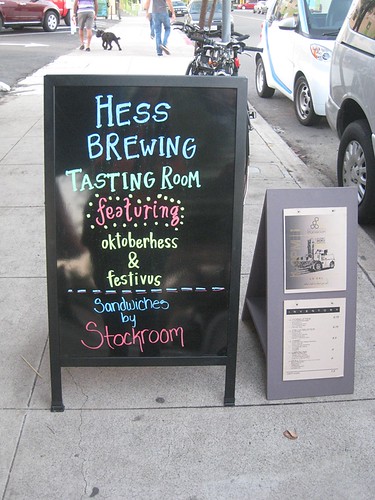 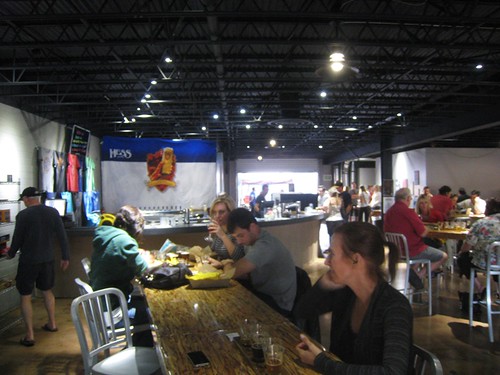 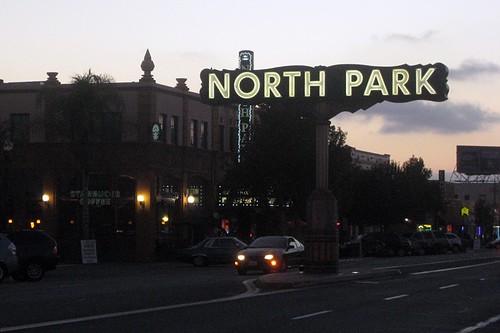