Fall has returned with a vengeance. Thursday night we had lightening and thunder along with heavy rain. Leaves have been flying horizontally across the yard in the strong winds. I just want to curl up with the heater. I have also been craving pancakes.

Last week, I made these Buttermilk Pancakes. I was very doubtful about using sour cream in addition to the buttermilk, but they were the best! The batter was very thick but they cooked up very high and fluffy. These are a definitely keeper.

This week I wanted to try something different. I remembered Dutch Baby Pancakes that I used to frequently make but haven’t had for several years. I never came across these in California but they seemed very popular here in the Northwest. They are a specialty of The Original Pancake House in Portland and sometimes also called German Pancakes. I have an old recipe from Sunset Magazine that I’ve used over the years.

The pancake is similar to Yorkshire pudding or popovers. A thin batter of eggs, milk and flour are poured in to a pan with hot melted butter. Baked in a hot oven for 20-25 minutes and magic happens. Sometimes they are cooked with sauteed apples or flavored with vanilla and cinnamon. I like mine plain with cooked fruit and warm maple syrup. I had some poached pears – it was delish!

Heat oven to 425 degrees. While oven is heating, put eggs in blender and blend for 1 minute. With motor running, pour in milk, then slowly add flour whirling 30 seconds more. Put butter in a 2-3 quart heavy pan such as a 10″ cast iron pan. Put oven in pan. When butter has melted, add the egg/milk batter. Bake until puffy and well browned approximately 20-25 minutes. 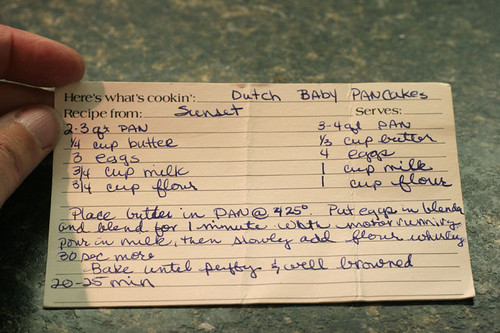 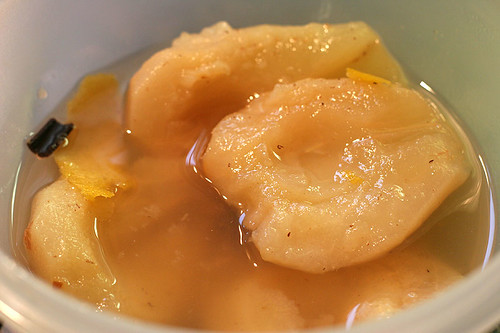 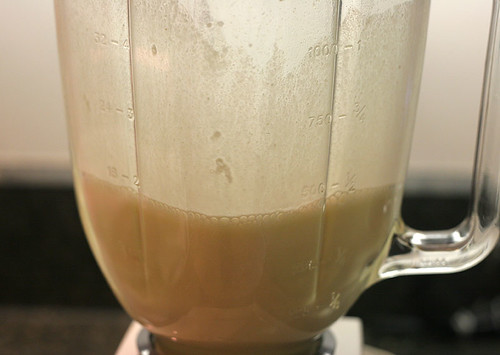 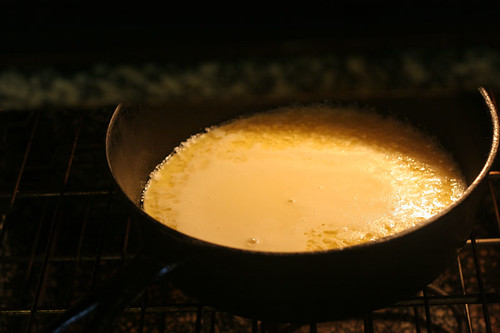 Batter in the oven 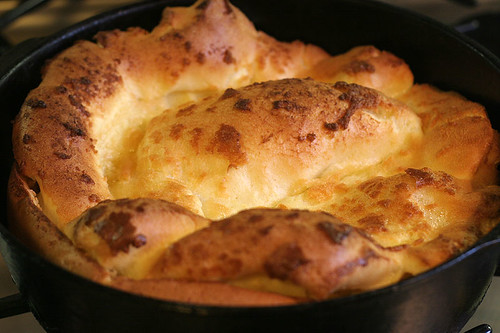 Quick – it is falling! 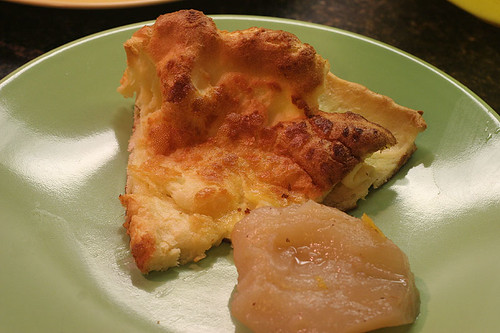