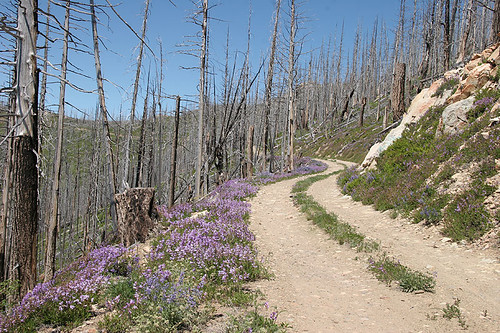 Wildflowers amid the destruction

On the way in to our campground, we saw the sign for FS5900. We looked at the map and it looked very interesting. It was 31 miles to Lake Chelan shoreline at 25 Mile Creek. It passed over Shady Pass. We knew nothing about the road other than Shady Pass was at 6000ft and only 8 miles from the Entiat Road which was 2900ft. That meant the road was going to climb over 3,000 ft in 8 miles.

We were game. We figured it would probably take at least 1 1/2 hours since I usually travel about 20 MPH on a good gravel road. The road was well graded and in good condition. As we climbed, we noticed swatches of brown dead trees. The pine bark beetle has gotten a good foothold and is killing many of the large lodgepole pines. 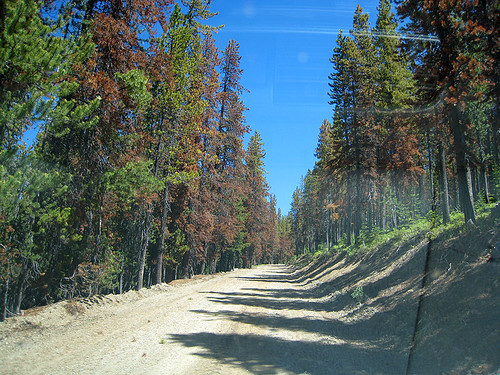 Up to Shady Pass – The brown trees are dead

We climbed higher and higher. The trees got shorter and shorter. The lupine went from purple blooms to buds. We finally emerged onto the summit area with wide open vistas of the craggy peaks in the Entiat Mountains. 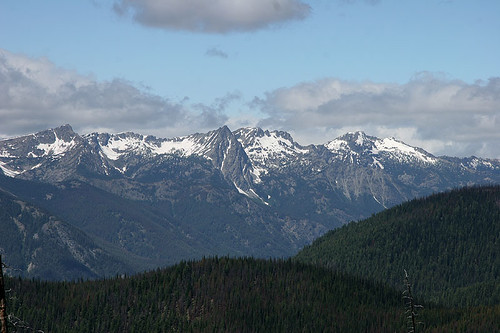 We did not expect what we found next. We entered into a ghostly surreal world of destruction. We entered the extensive stark silver burnt remnants of the Tyee Creek Fire. The Tyee Creek fire burned over 135,000 acres and burned for almost a month. It is the second largest fire in Washington’s history. What amazed us was lack of regrowth. The fire occurred in 1994 and very little had regrown. It was amazing since we we have been in other areas that were also burnt in 1994 that have good regrowth. The fire must have burned extremely hot and the soil must be very poor.

There was extensive swaths of wildflowers on the south facing slopes. Bright purple of lupine and penstemon – dotted with brilliant red blossoms of scarlet gilia and paint brush. The road narrowed and was rocky. Fortunately, we were able to make it with our Honda and we never met another car. The road was almost like a wagon path with a center line of wildflowers. It was amazingly beautiful.

On the drive home, we had passed a fire along the Columbia. It had expanded quite a bit and was billowing smoke over the Columbia. The area had been burned several years ago and the plants were still green so the fire staff were able to keep it somewhat controlled although it is still burning today. 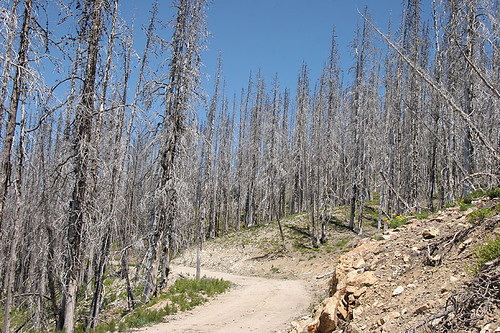 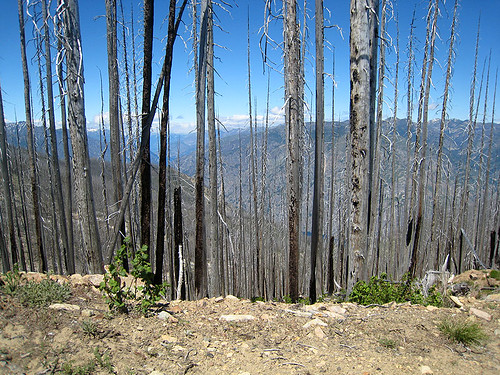 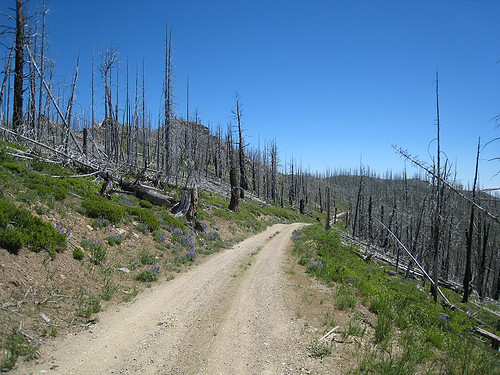 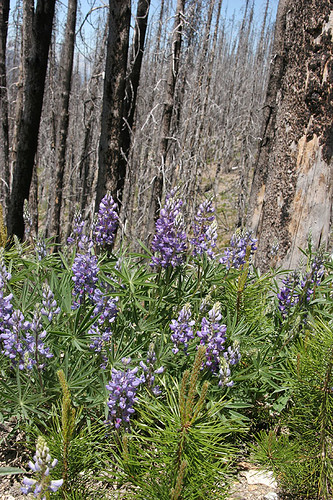 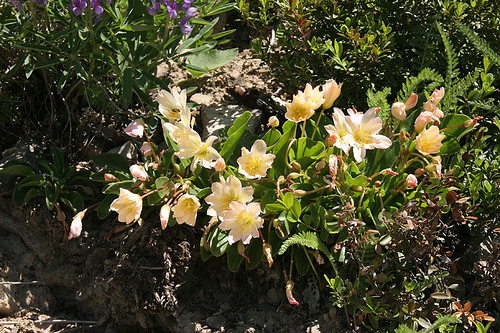 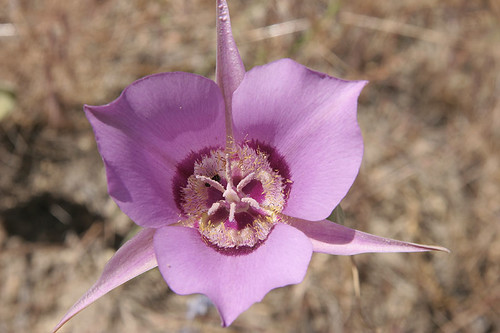 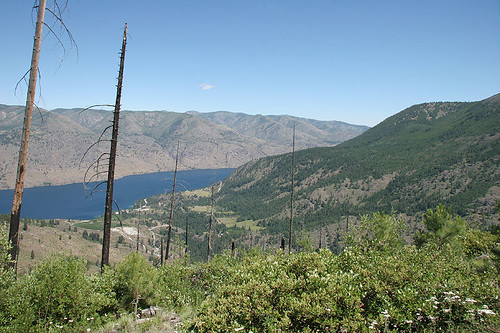 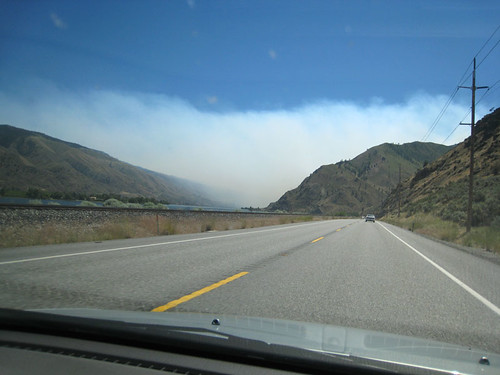 Swakane Fire along the Columbia