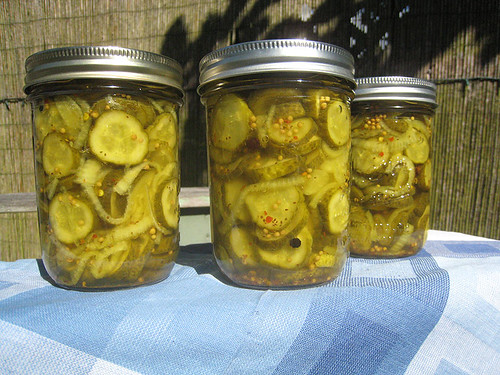 Fall is coming fast in the Pacific Northwest. We have had almost nothing for a summer. June was rainy and cold. July and August was off and on. It is now September and you can tell Fall is approaching fast. The sun is lower, the colors are golden, leaves are turning read and the days are cool and crisp. No, No, No …. it is too soon!

Alas, our tomatoes are barely turning red. I have been itching to can so I decided to get some small canning cucumbers at this Saturday’s Edmonds Farmers Market. Gypsy Rows from Silvana had some wonderful looking small pickling cucumbers. I have never made pickles before so I wasn’t certain what size cukes to get. I went for the smallest which probably would have made fabulous spears. They also made some darn good bread and butter pickles.

I searched the web for recipes. I have always had good luck with Elise’s recipes from Simply Recipe. Her recipe sounded great – Bread and Butter Pickles. Martha also had a version of the pickles. I went with Simply Recipe’s version but cut the sugar by 1/4 cup and added 6 black peppercorns.
My cucumbers were really small so they packed in tight. The recipe only made 3 pints instead of 5. I had about 1/4 pint left over and G gobbled most of them down when he got home from work. The other 3 are in the pantry with the dilly beans waiting for a dark day when I need to remember the sun. 🙂 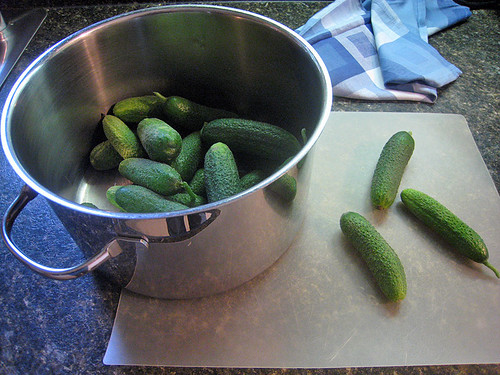 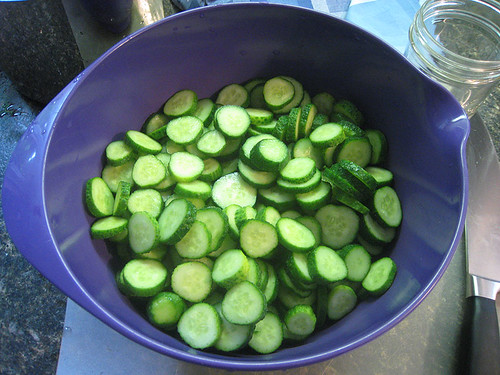 Two and half pounds sliced up – didn’t take that long! 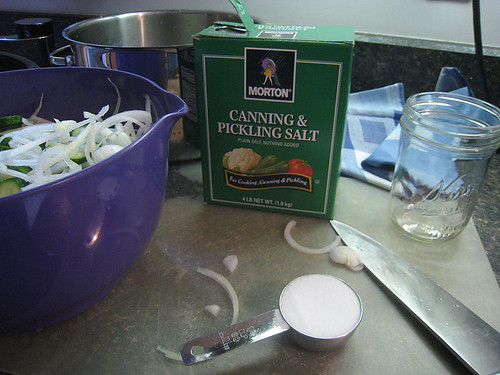 Slice in some onions and salt them 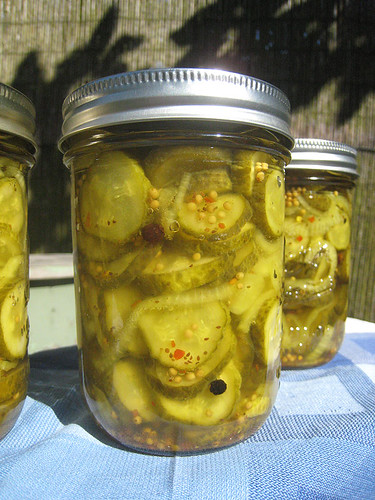